Single: Voices – An Audience of Mannequins 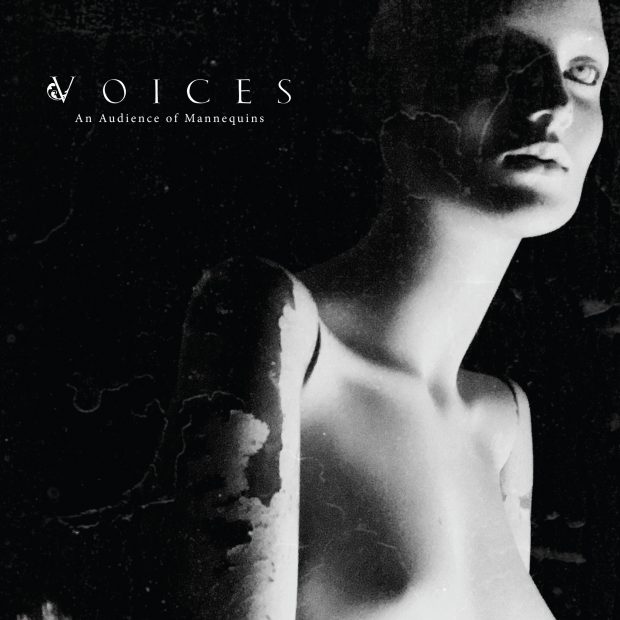 Far too many people place too much emphasis on the meaning behind coincidences. There is no meaning. The universe isn’t conspiring to help or hinder you depending on your outlook on life. It just is. But coincidences still sometimes feel weird.

Take my Akercocke coincidences. It probably doesn’t mean anything, but this band keep popping up in my life. Last week I listened to Akercocke for the first time in years. The name popped into my head out of apparently nowhere. Then earlier this week in our interview with Epiphanic Truth, the first big influence on their sound was noted as Akercocke. And today, Voices, featuring members of Akercocke, release a new single!

An Audience of Mannequins thematically deals with the loss of self experienced by dementia sufferers. Or as the band put it “… deals with derealisation and depersonalisation. Unsure of what or who is real or what could be a dream or reality”.

Voices are no strangers to using concepts related to mental illness and their consequences when it comes to connecting with reality. This single brings nothing new to the table in that regard. But as a band often seen as on the avant-garde side of black metal, Voices could never be accused of simply retreading old ground.

We’re immediately treated to thick meaty riffage and the leathery bat-wing flap of double kick but before long we hear Peter Benjamin’s trademark clean singing. Compared to some older material, this feels stripped back to allow Benjamin’s vocal melody to carry the song. The song builds until we get to the soaring bridge section. It’s been a while since I properly listened to Voices but I don’t remember them writing such a memorable vocal hook as this.

The B-sides show off the more subdued side of the band. As they have noted:

“…Hostile Confrontations is a reflection of how past memories haunt us, and how they bring depression with them. However, how we navigate these is an ongoing battle, one of which we sometimes win but often lose. A Comfortable Distance is simply someone saying goodbye.”

You can watch the official lyric video here:

You should buy this single. Not just because it’s awesome but also because this is in effect a charity single. The band said:

Voices will give all profits generated by this release to Dementia UK. We have had loved ones befallen to this tragic disease and know the power of its effect on the individual but also on those who surround them.

Please visit – https://www.dementiauk.org/ to see where your purchase money will go, and see here the incredible work being done to fight the day-to-day struggles of those undergoing this most profound affliction.

An Audience of Mannequins is released today through Church Road Records. As well as digital, there is limited run of 50 cassettes. Buy it here