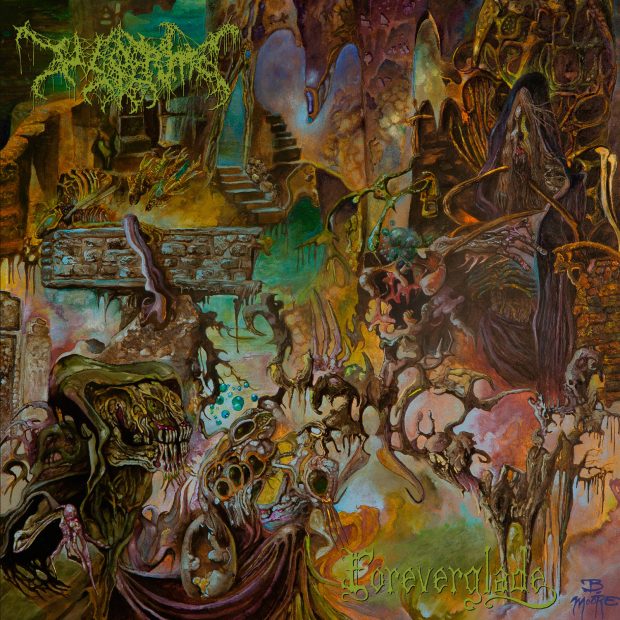 Death-doom is a relatively new subgenre for me, but one I’ve dived headfirst into. I think Solothus’ 2020 album Realm of Ash and Blood was my first entry to death-doom proper, with bands like Winter, early Paradise Lost and early Cathedral coming later when I got to grips with funeral doom. If you’re not really familiar with death-doom, imagine death metal but played slower, and with more of a melancholic rather than angry approach and you’ll be pretty close. The most appealing thing about the genre for me is when bands can pull different elements from the two main genres while remaining heavier than a crane ship. It’s no surprise to me that the most disgustingly heavy death-doom to be released this year is from Florida, nor is it a surprise that it’s coming out on 20 Buck Spin. Let’s take a deep dive into the miasmic Foreverglade, shall we? 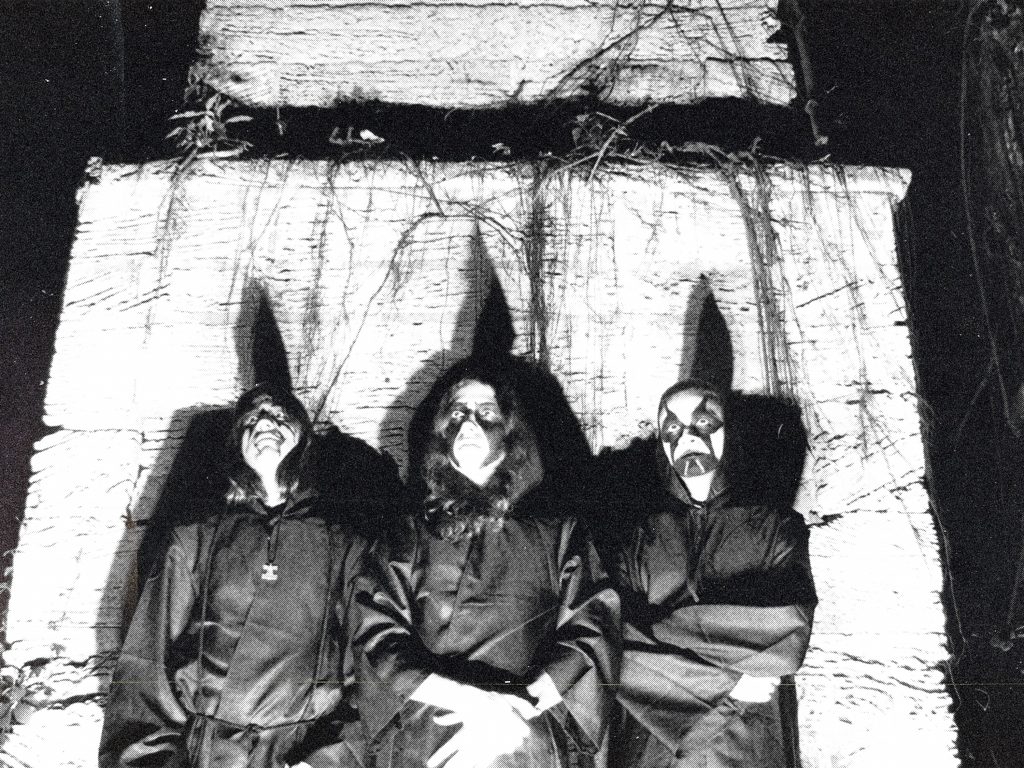 Worm is a band that has been around for a while now, and Foreverglade is their 3rd full-length release. Unlike the Floridian swamps that they are fond of using thematically, they have changed a lot over the years. The latest evolution is a sludgy death-doom monster, dripping with atmosphere. There are still blackened elements to be found, but they now work to accentuate the funereal doom that makes up the majority of the six tracks presented, in much the same way as you’ll find with bands such as Evoken.

When listening to this album, it’s hard to separate the music from the theme, as if the songs themselves are trudging slowly through a swamp, with mud and flotsam pulling at their legs. Even the snare drum brings to mind the sucking thock thock noise of trying to walk on a riverbank or swampy land while it does its best to suck your feet in. Despite being reminiscent of the Finnish progenitors of this style, Worm has managed to bring this sound home and make it their own.

Part of what makes this true is the level of shred you’ll hear on Foreverglade. Lead guitar reminiscent of the great Chuck Schuldiner might not sound like they would fit well in this setting, but you listen to the solo towards the end of Murk Above The Moor, or the middle passage of Empire of the Necromancers and tell me this doesn’t work perfectly.

It’s very hard to get the drumming right for heavy music on the slow side. However, across all 45 minutes of Foreverglade, the drumming is the perfect balance between simply keeping time for the guitarists to play around on top of, and flashes of more technical playing or fills to provide momentary expectation violations in the context of slower, more monotonous riffs. In this way, the burden of keeping the listener engaged through longer songs is spread evenly across multiple instruments with the finished product being all the better for it.

While it rumbles away through each track, the bass is a little guilty of not doing anything too special, however. I think this is more of a generic failing of heavier music than it is something I can lay at the feet of Worm specifically. Saying that, it does sound great, and never gets lost in the mix, so maybe it’s doing the perfect job in the context of the rest of the instruments.

Finally, the album feels perfectly weighted. Drawing a song out for length without adding anything new or interesting into the composition for the listener is a nasty habit you’ll frequently encounter in this space but it’s not something we can say Worm are guilty of here. Despite most songs hitting or surpassing the 7-minute mark, you’re still left feeling like you want more, and may well be tempted to hit play when Centuries of Ooze fades out. I was.

Worm will release Foreverglade through 20 Buck Spin on Friday 22nd October. You can listen to the full stream in the embedded video above or purchase the album here.