The Day of The Beast – Indisputably Carnivorous 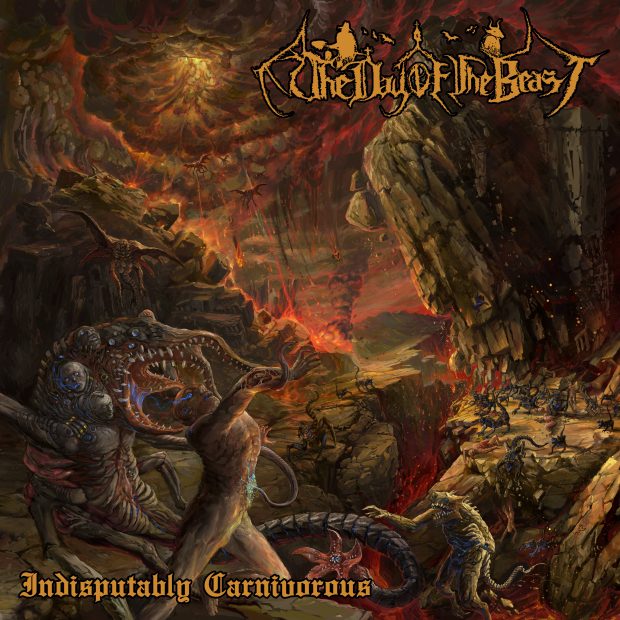 Last year I listened to a lot of new music. Aside from my daily constitutional, it became my number one hobby. I’m not going to lie, I listened to a lot of rubbish. But I also found many new bands that are still unfairly lacking in column inches. One of these bands is Foretoken. Their debut album, Ruin, blew me away in September. For your debut album to come out on Prosthetic records says a lot already, but their mythologically inspired melodic death would stand out any month and on any label.

Steve Redmond, one half of Foretoken, also plays guitar in The Day of The Beast who has also been snapped up by Prosthetic. A death/thrash act whose fourth album covers exactly the kind of ground this style of metal should. Taking inspiration from horror novels outside of Lovecraft is somewhat of a unique approach but it shouldn’t be. My interest was piqued with knowledge of this thematic approach and the inclusion of Redmond, but does it hold up? 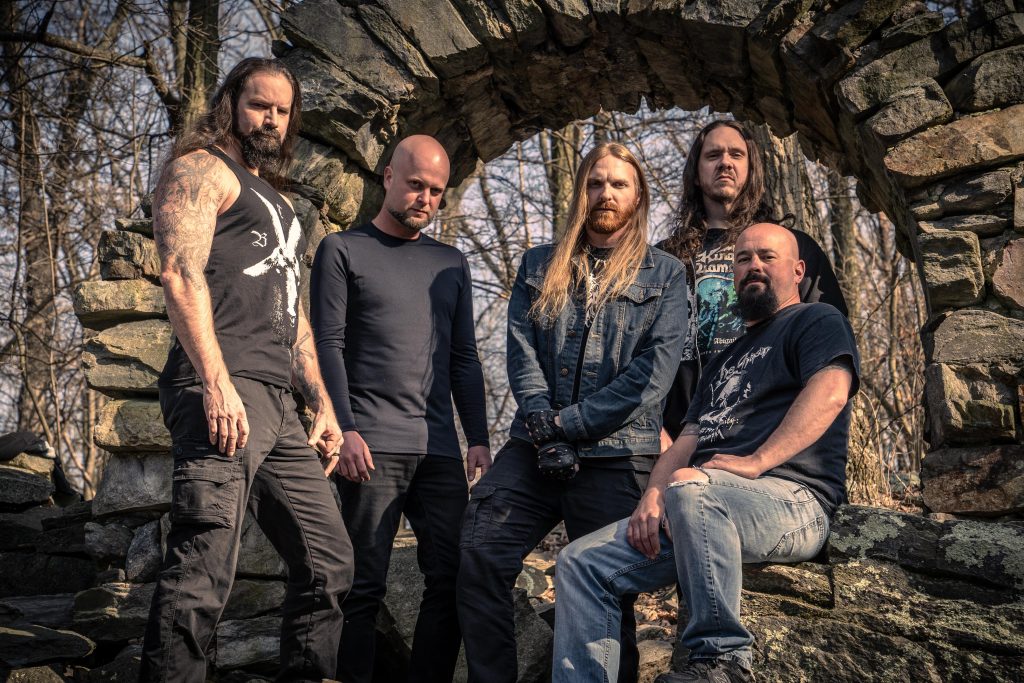 We all know that thrash metal and guitar solos go hand in hand, and TDOTB do not let you down in that regard. The solos throughout are varied and interesting, but outside of solos, the leads throughout do what they are supposed to – introduce a new dimension to the music and allow the songs to progress to the next melodic idea. Annihilation Prayer is a great example of this, with the lead guitar becoming more prominent as the song progresses until it takes over with a solo, which soon retreats to allow the rhythm time to set up again.

Vocals are not something I usually pay great attention to. I know what I like and don’t like but apart from that, I don’t really mind different styles or approaches. In the case of this album though, the vocals definitely did stand out for two reasons. Firstly, they sound proper evil, exactly as they should for an album inspired by classic horror. Secondly, despite this, they are also mostly intelligible. Lovely!

Finally, I wanted to write a little about the drum production and how clean it is, especially with the toms and the super crisp hi-hats that cut through and force you to acknowledge them. Then I listened a bit closer and realised that the same kind of detail has been paid to each instrument, and the vocals as already mentioned. The band themselves acted as recording engineers for this album and really must be commended for making what is almost always a long and arduous process sound so organic.

This is likely just personal taste but I didn’t find the material itself varied enough to justify the runtime. 45 minutes is not an excessively long album, don’t get me wrong. It’s just that for every strong song (Enter The Witch House) there are forgettable numbers (Judas in Hell be Proud). This may not be a weakness of the band inasmuch as with the style itself.

Strong vocals and lead guitar kept me listening and interested. While competent and not bad, there wasn’t much to distinguish one song from the next elsewhere. This is not a genre I make a habit of listening to thought, so diehard thrash fans with a penchant for a bit of death may strongly disagree with this take.

If you like The Black Dahlia Murder you will find a lot to like here. Often feeling a little slower and a little less technical than TBDM, but this is no bad thing. Along with the TBDM feel, there is also a strong Metallica (Ride The Lightning/Master of Puppets) vibe with a lot of the riffing as it gallops along. When TDOTB get it right, it’s impossible to not air guitar/air drum/scream/headbang along. There is some very catchy death-tinged thrash here metal here.

For the past few weeks, this has been my gym soundtrack as I pretend to be getting along fine with kettlebells. In fact, this is perfect gym music. Stick it on next time you head down to your local sweatbox/iron worship room and tell me you don’t have the best workout of your life.

Indisputably Carnivorous was released by Prosthetic Records on 18th June. You can buy it here.