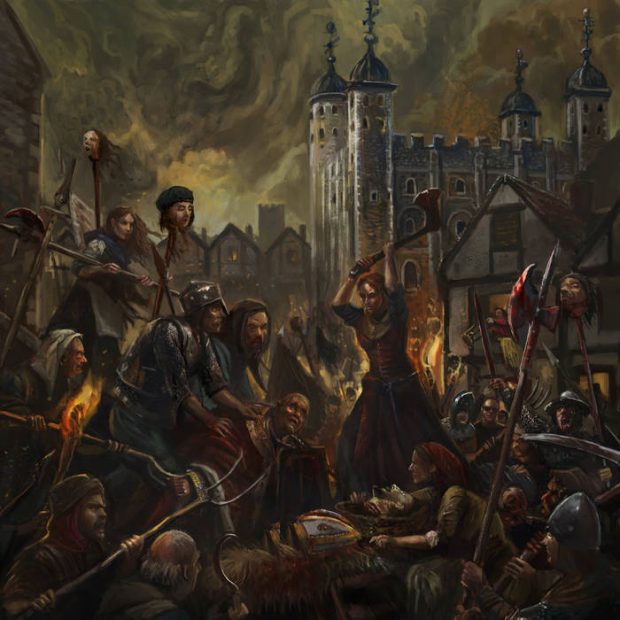 The old “black metal should be extreme” line is almost always trotted out by fascist sympathisers or apologists who are totally fine giving their money to horrible bigots. The thing is, I actually agree with them. Not on the subject of financially supporting literal neo-nazis, but in that black metal should be extreme. It is a genre that should constantly push new ground in order to remain unacceptable.

This is where we find Sacred Son. You may recognise them as the band who used album covers that truly shocked the black metal world for being completely unlike any other black metal cover art. With The Foul Deth of Engelond, the band have opted for cover art that is going to appease black metal purists, and a theme that will piss them off. Apparently it’s perfectly fine to write music about hating Jews or immigrants but when someone writes music from a radical left point of view we should “keep politics out of music”. Ok, cowards. 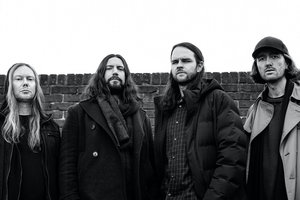 “Death to those who would harm me or mine” is a pretty extreme viewpoint. The definition and size of the “and mine” part will change according to where the individual is on the collectivist vs individualist scale, but it’s a viewpoint that will find sympathy on both political extremes.

In the case of England in 1381, “me and mine” covered your peasant community and “those who would harm” were the royal government and the landowners for whom you farmed.

After the black death killed 50% of the population, the demand for labour skyrocketed and people found they were in a position to barter for better pay and conditions. But this ate into the landowners’ profits so something had to be done.

Wages were fixed at pre-plague levels and it was made a crime to refuse work. A law was even introduced to stop peasants from buying and eating food that was too nice for them and supposed to be reserved for the elite…

This is where Sacred Son take influence for The Foul Deth of Engelond.

Fans of the whirling, ritualistic black metal of the likes of Wolves In The Throne Room will find a lot to love here. Atmosphere is provided by cello and piano as well as layered guitar parts alternating between buzzy tremolo and catchy leads All of this is laid over a thick bass, allowing the atmospheric elements to stand alone.

The Boy King is probably the best example of how all of these elements work really well together. The opening piano refrain being repeated by guitar while the piano shifts underneath is spellbindingly mournful and as the guitars harmonise I had to check I hadn’t somehow stuck on the new Mournful Congregation record instead. But three minutes in, Sacred Son up the tempo and crack out the black metal, accompanied by a soaring cello line.

It’s genuinely moving and interesting… until you realise it’s gone on for just a bit too long. This leads me to the only real complaint I have about this record. The length of these songs doesn’t match up to the ideas they contain. I don’t feel like a lot would be lost if we lost one or two repetitions of one of the repeated four bar phrases in each song.

That hasn’t put me off listening to this album repeatedly however. The different layers of guitar, cello, piano and synth keep me hooked throughout each track, and despite my aforementioned criticism I do appreciate that the repetition of certain sections is key in building up anticipation and creating the hypnotic quality I find so appealing.

A final note: while the band opted for what appears to be a more traditional black metal cover featuring a beheading taking place during a riot, I have a deep respect for Dane Cross ensuring he made his way on to the cover wearing his sunglasses. Try spot him.

Sacred Son released The Foul Deth of Engelond through True Cult Recordings on the 13th of May. You can buy it over here.