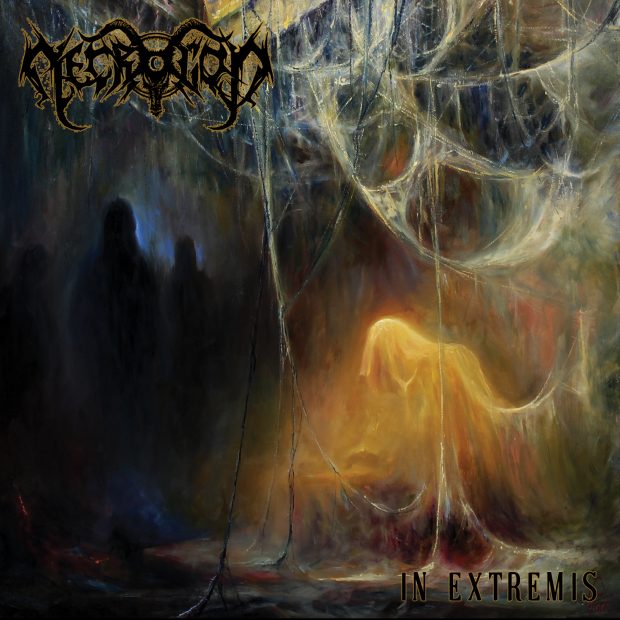 I don’t talk too much about vocals in my reviews. I’ve been a drummer for a long time and that’s where my biases lie. I also cannot sing, scream or growl, and know next to nothing about the craft. That should be no reason for me to pay less attention to vocals, but I often do, unless they are incredibly good or incredibly bad. Very unprofessional.

I do appreciate that the craft is just as difficult and extreme as the rest of the music I tend to listen to though. In my past life as a spoken word poet, I learned how effective cadence can be to change the significance of a line or passage.

I’ve started to notice recently that this is missing from a lot of extreme music. In fairness, when your goal is to bludgeon the listener, sometimes nuance isn’t a consideration. Typically, the fans know what they are getting into, and love it. The really successful projects, the ones that stand out, buck this trend. Rogga Johannson is building a name for being in projects that do this. His latest release is his second with Necrogod. 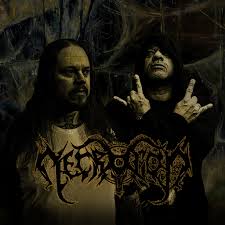 In recruiting The Master Butcher, Rogga has ensured Necrogod have a vocalist who gets the nuance, and goes about his craft with a great appreciation for both rhythm and cadence. Don’t believe me? Just hit play on the embed below and tell me that his delivery isn’t the most recognisable thing you hear.

You back? Great. I assume you listened to all three songs that have been released so far. I’ve found Necrogod to be very moreish. For all I’ve banged on about the vocals here, The Master Butcher only provides the vocals here. Rogga is credited with guitar, bass and drum programming. It would be a real shame if he didn’t pull his weight.

Come on. Of course he does.

Rogga has crafted nine tracks that go from fast and brutal OSDM to… slower, heavier OSDM. No, this isn’t an experimental jazz fusion prog metal record, and I don’t think anyone expects it to be. This is what you think it is. It’s a very well executed death metal record from a prolific master of his craft. The pacing in my opinion is perfect, with the first three tracks grabbing you by the neck and pinning you to the wall before moving on to more deliberate and crunching material. The album moves between these two tempos fluidly, ensuring your attention doesn’t wane.

This isn’t a 10/10 review though. I did notice and get a little tired of the solos on this record all sounding very similar. This is a modern take on OSDM, so there’s only so much variety to be expected but at the same time, the similarity of leads across the record can legitimately be seen as a weakness. Given the weight put on guitarplay by most fans of the genre, this might be a dealbreaker. It’s not something that’s stopped me from keeping In Extremis in rotation for the past few months but it does stop it from going from good to great.

With In Extremis, the remote duo of Sweden’s Rogga and the Costa Rican Butcher have created a good record. Not great. But very good. This in itself is a remarkable achievement given the number of projects Rogga works on at any one time. For them all to be at a consistently high standard is an achievement in itself. But let’s not worry about other projects right now. Go hit that embed again and headbang for a bit. AFter all, that’s what Necrogod would want.

In Extremis by Necrogod will be released by Transcending Obscurity on the 23rd July. You can pre-order it here.