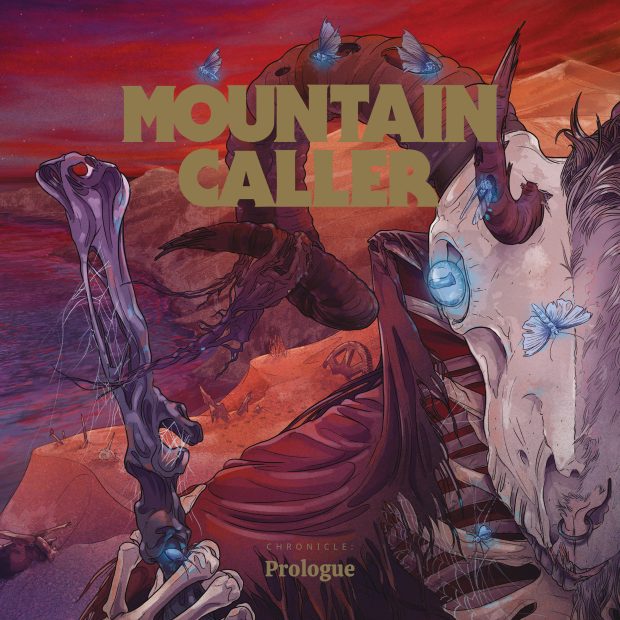 Slow at first, eyes blinking against the strong sunlight.

[distorted bass kicks in] Suddenly everything comes into focus at once and the task at hand immediately becomes clear.

Brushing dirt from her hair as she stands, she takes in her surroundings. One foot first then the next. OK, we’re walking. But who this way comes?

Oh, it’s a dance you want? Still sore from the rubble slumber but getting limber and ready to go.

No, just a skirmish. A short wrestle and it’s over. There’s no real fight in this one.

She leaves him in the dirt and continues on.

This is the sort of scene I envision when I listen to Something Stirred From Beneath The Rubble, the opening track from Mountain Caller‘s second release, Chronicle: Prologue. This 3 track EP was never really meant to be. As with so many releases this year and last, enforced lockdowns meant that bands and artists who would normally have to balance work and art could suddenly focus on their art either full-time or at least far more than before. Thankfully, Mountain Caller decided to take this time to release three more tracks.

Each song presented here, as with Mountain Caller’s debut album, describes a key part of the protagonist’s journey. Chronicle: Prologue is the back-story and leads us directly into the first track on Chronicle I: The Truthseeker. Not everyone will need to know this but for me, it heightens the enjoyment. That’s why I asked drummer Max a bunch of questions about the story and concept in our interview.

The three songs presented here are in the same vein as those on the band’s debut album, which is to be expected because they were written around the same time. You might say this is more of the same, but if Mountain Caller just did this one thing over and over for their career they would still not sound like anyone else. The sound has been described as sludgy post-rock and while that’s an adequate genre tag it doesn’t do justice to the details that make me love them.

For instance, as an instrumental three-piece, each member is acutely aware of their presence. There’s no hiding mediocre individual performance when there’s no vocal melody to cover for you. The best way I can describe listening to Mountain Caller is to tell you about the snowflake method for writing fiction.

The idea here is that you describe your entire story in a single sentence, then you expand this so you have a paragraph for each section of the story according to a basic structure driven by action. Each section should be solving one problem for your character but opening up another one. This drives the story forward in a compelling manner as long as you are creative enough to write in a way that makes people care.

This is how it feels that Mountain Caller writes songs. There is a central hook, riff, bass groove or rhythm laid down. Sometimes this comes at the start and the song (and journey) evolve from there. The second track Beyond This Black Horizon kicks off with a fantastic bass groove, which is soon joined by the guitar. By the final bar, Max has added his own stamp on the section with an ostinato pattern which concludes the passage and makes it feel complete, but opens a new problem – how to move the song forwards?

Mountain Caller expertly plays with the build-up and release of expectation throughout each track here by feeding off each others’ main strengths and layering the instruments to create a sound much bigger than three people should be able to. The cooperative nature of their writing process allows each individual to shine but also means that when all three come together it feels like the Power Rangers’ Megazord being built in front of our eyes. 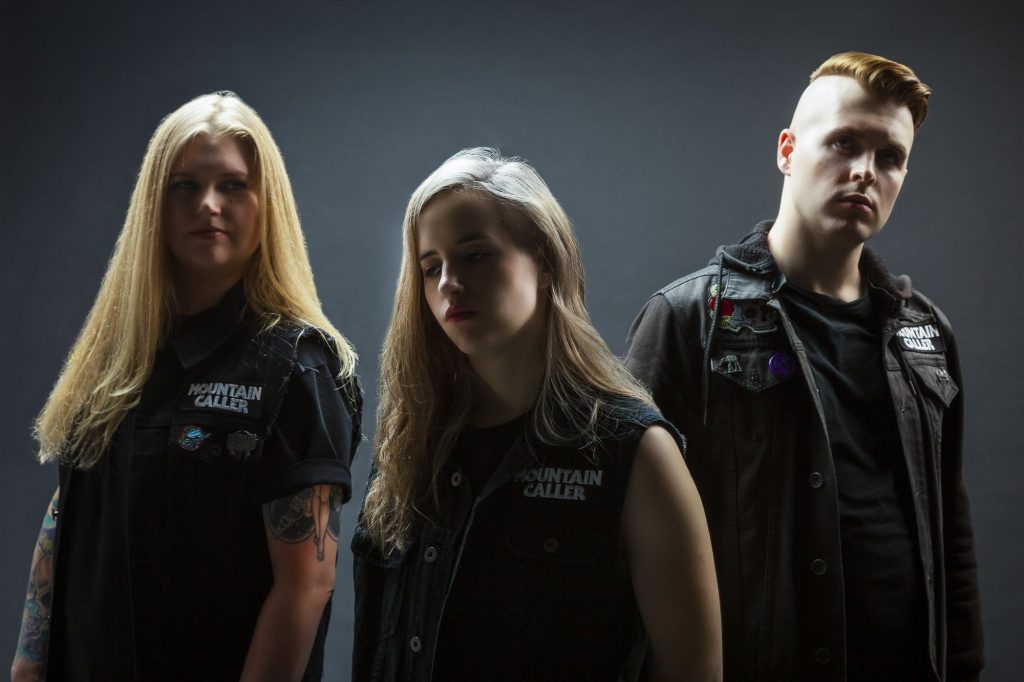 I like to talk a little about the negatives of a record or offer some critiques on things I think would improve it somehow. Here I can find no fault. The mix is crisp and evenly balanced, each instrument has been recorded brilliantly. The drums sound absolutely massive both when Max really lets rip or shows off the other side of his dynamic mastery, such as the snare march at the start of the first track.

When this is released, my suggestion would be to set aside around an hour in a quiet place with a good set of headphones and listen to this all the way through, immediately followed by Chronicle I: The Truthseeker, the way the band intended it to be heard. For a musical work, this is surprisingly visual and you deserve to sit back for an hour and visualise your own story of The Protagonist.

New Heavy Sounds will release Mountain Caller’s Chronicle: Prologue on the 9th of July. You can pre-order it here.