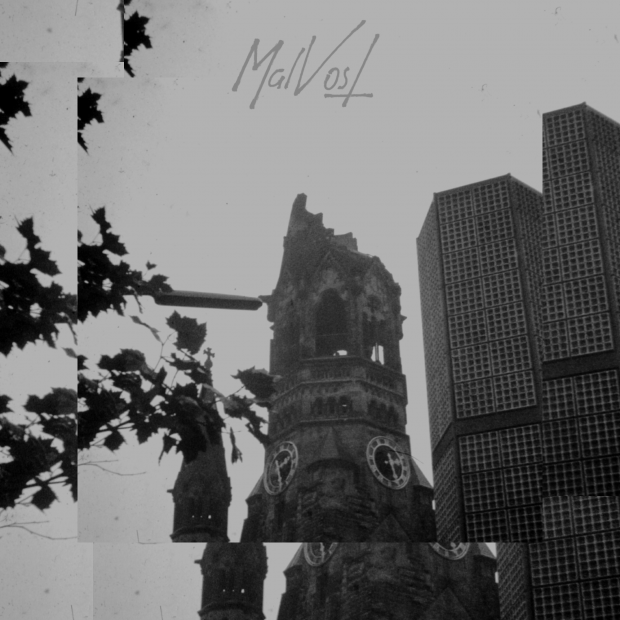 One of the big reasons people love drone-doom is the anticipation. Sure the unsettling atmosphere plays a part and for some, the technical aspects will be of interest. But anticipation is the key. As it is in all music and moving art (films, poetry etc). But drone-doom fans are the masochists of the music world in a sense. Here, the anticipation of a change or release is stretched close to the breaking point. Sometimes it doesn’t even come.

The template for a successful drone doom record has been set out by the likes of Sunn0))) and Earth, where distorted guitar is sustained and warped for a ludicrous amount of time while other elements are layered, albeit in a minimalistic fashion. The anticipation is released after an obscene amount of time in a controlled fashion thanks to this layering There are a number of projects that try, with varying levels of success, to replicate this sound and approach. Malvost is one of them. But how successful is Oljud in doing so? 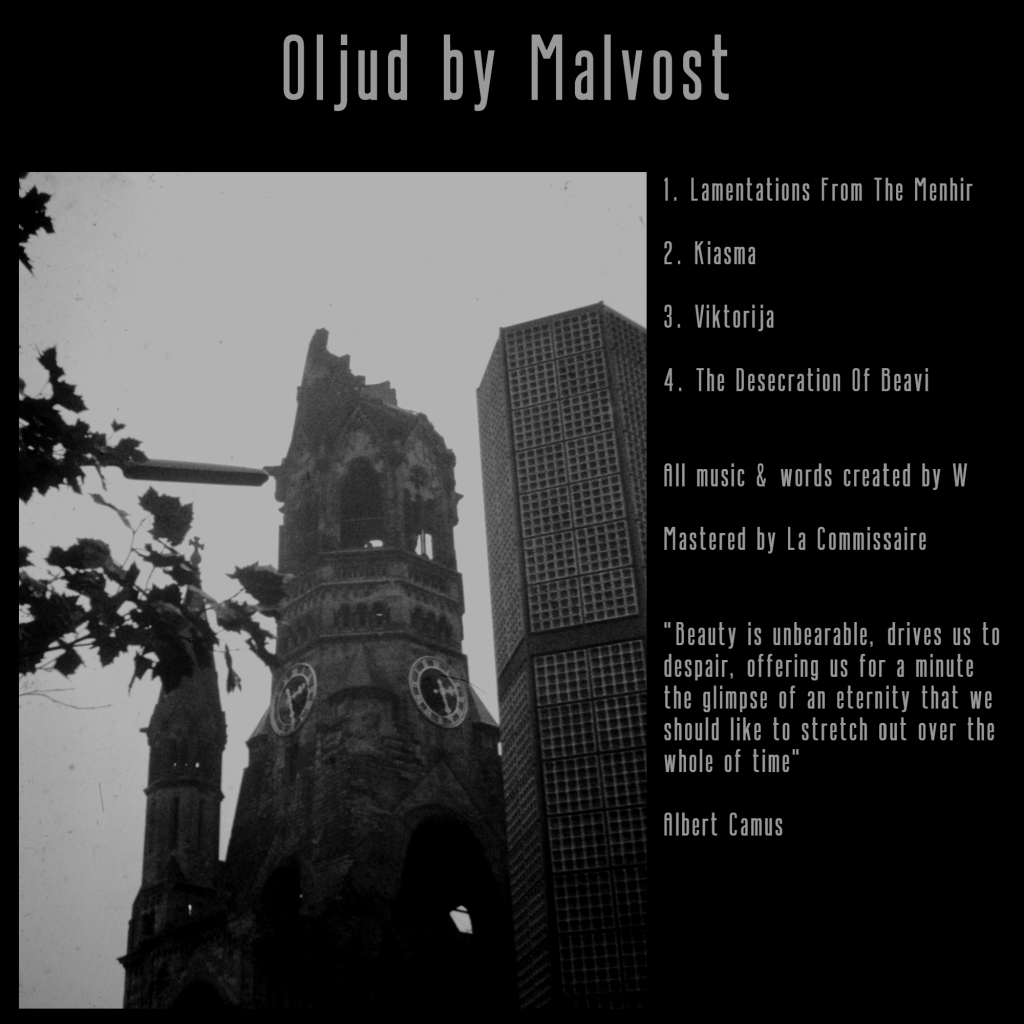 Following two demos release earlier this year, solo creator W (Bloodswamp, Skullthrone) has crafted four more songs that take 33 minutes to completely unfold. Opening the record with whistling is a bold move, especially with what comes next. But this is the first sign of theme that we get.

This whistling sounds sad, tinged with loss. But it soon makes way for slow, distorted guitar which fills space with sustain and a touch of feedback. Black metal style vocals rasp over the top. Before you know it, 12 minutes have passed and the first song is done.

This is a theme across all four tracks. While they vary in length, they all have in common the uncanny ability to make time disappear. Progression between passages in each track tend to come in waves rather than as abrupt shifts which gives the feeling of continual forward motion. Even the final track, The Desecration Of Beaivi, while being the harshest offering is still layered and progressed in such a way as to keep you hanging on to see where it takes you.

Oljud is a Swedish word that doesn’t quite translate directly to English. It refers to an unsettling dissonant noise. Whether it’s pitchshifted spoken word over as seemingly ever-rising organ as in Viktorija, or the use of singsong chanting, perhaps in worship to sun god Beaivi, in the final track, this record gets the unsettling dissonant tones spot on. Oljud seems like the perfect name.

Malvost released Oljud through Trepanation Recordings on the 16th July. You can order here.