Eremit – Bearer of Many Names 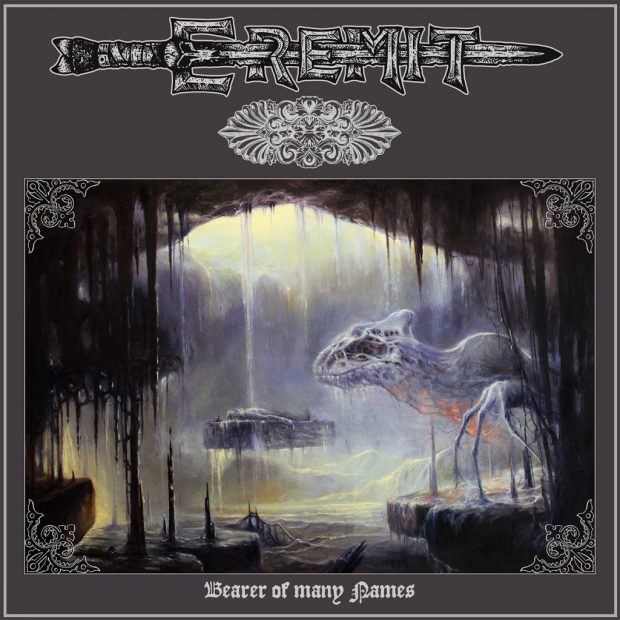 I was introduced to Eremit at the same time as a lot of other incredible bands when I discovered Transcending Obscurity, a record label out of India with an incredible eye for talent in Eastern Europe and Scandanavia. It’s far too easy to just look at bands from the US and the UK but you’d be doing yourself a disservice if you did. As of writing, three of the last four albums I purchased were from Romania, Indonesia and Mexico. There is so much gold to be discovered if you take the time to reach past comfort.

Take Eremit for example. I doubt even the most ardent of heavy music fans would be comfortable naming more than a handful of artists from Germany. I am not going to pretend I’m some sort of guru because I would run out of bands before fingers too, but I can at least add Eremit to that list. The German three-piece put out the two-track EP Desert of Souls last year on Transcending Obscurity and won me over with their story/concept approach to droning, fuzzy stoner sludge, as well as the news that the band are working on a book to accompany their music and tell the story their albums tell but in longform. 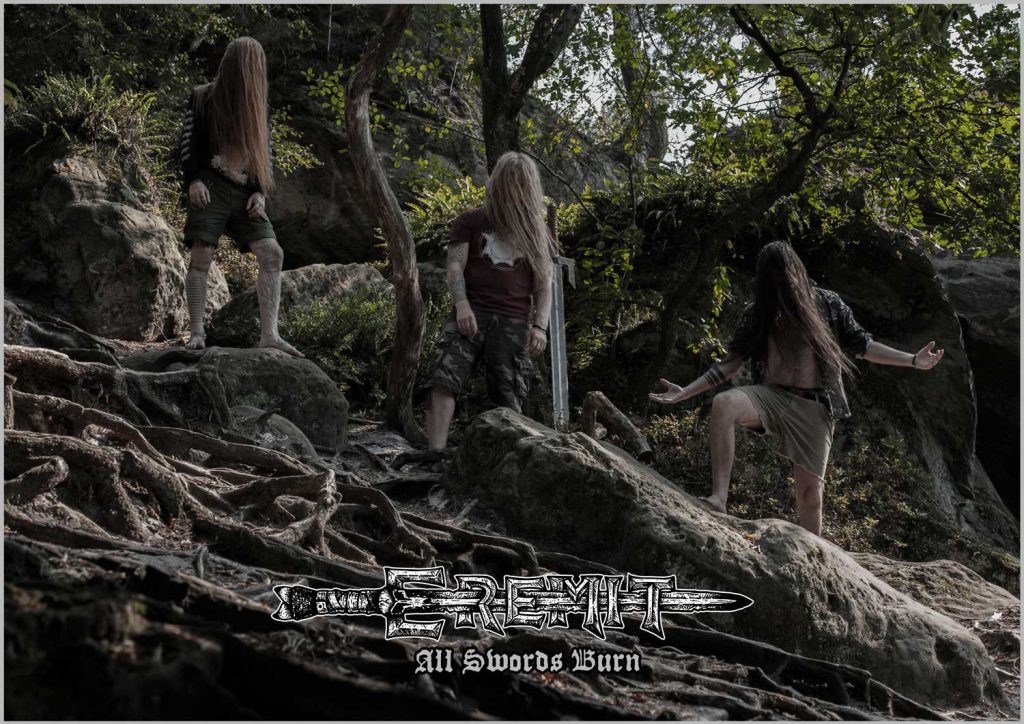 While Bearer of Many Names only has one more song than the preceding release, this is full-length in terms of runtime, sitting at over an hour. Aside from longer songs, what else has changed?

One of the biggest changes is that Eremit has learned to fuse their Electic Wizard vibe with blistering aggression when the time is right. The doom sections are imbued with longing and mournful sadness and constructed hypnotically, guiding you trance-like deeper and deeper down like the pied piper of depression. But where before they would have changed to a tempo more in keeping with stoner rock, they can now flip things and take a scorched earth approach. This is the approach they take to opening the album where, after six minutes of mournful doom we’re kicked in the face by a blast of hate.

Unfortunately, this abrupt but welcome change of pace does not rear its head again across the rest of the album. The mid-paced stomp that the rest of the first song and the remaining two songs continue on with feels almost wasted now that you know the band have the will but not the impetus to do this again. I say “almost” wasted because that’s quite a harsh statement without the modifier. The riffs are still huge, the drums still feel shamanic and ritualistic and guitarist/vocalist Moritz’s raspy throat-ripping scream still fits perfectly when he chooses to let rip.

Listening to Eremit is the closest you will come to being stoned without actually smoking that pesky devil’s lettuce. This is probably exactly what you want from an epic stoner doom album. If so, buy this immediately! But as unbelievable as it sounds, after the 66-minute runtime, I was left wanting more. They do the hypnotic, melancholic drone brilliantly. Let’s see if their next release sees them open the throttle just a little more often.

Bearer of Many Names by Eremit is released on 11th June through Transcending Obscurity Records. You can pre-order it here.