There are two things that will attract me to a black metal record. The first is a thick layer of atmosphere and the second is someone like Nils Fjellström beating the shit out the drums for 40 minutes. I lied, there are three things. The third is if the band is Dutch. We’ve seen a few Dutch black metal acts in the last few years put out fantastic albums: Grey Aura, Fluisteraars, Verwoed and Wesenwille to name just a few. Can we add Doodswens to that list?

Lichtvrees (Fear of Light) is the Dutch duo’s first full-length as they look to build on the underground buzz they build up with their 2019 demo and a 2020 split with Adversarius. They play a cold and claustrophobic brand of black metal that you will instantly recognise as soon as you hit play. Scrap that. You’ll probably know what to expect when you see the cover art or this promo shot: 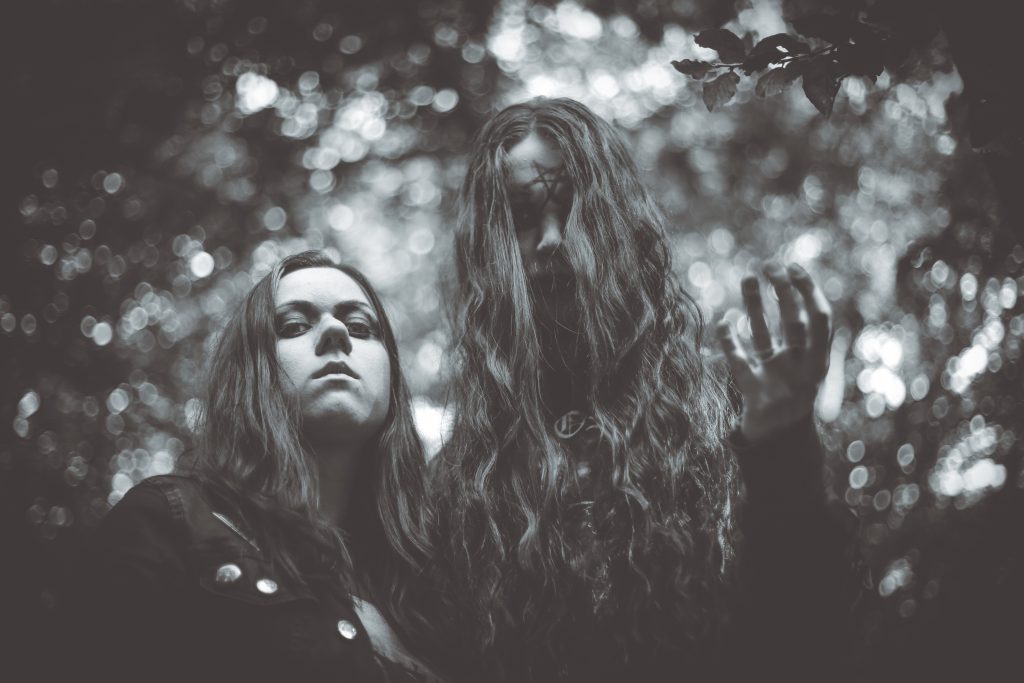 This isn’t a bad thing per se. Especially when your expectations are quickly violated, which is the key to a great musical experience after all. In Doodswens’ case, that expectation was not so much as violated as it was exceeded with their previous output.

Dooswens have brought a lot of the things I loved about their previous releases into Lichtvrees. The atmosphere they create is still icier than the stare I get when I eat the last of the Doritos, and Fraukje’s vocals are still disgusting, in the best way possible. The band have also cleaned up the production a bit since the 2019 demo. Whether this is a good thing or not depends on your point of view, and whether you think having raw production makes it more authentic. I’ll leave that to you.

The third track, Zwarte Staar is a great encapsulation of the sound of the album overall. Field recordings or samples with relatively sparse instrumentals provide atmosphere and slowly build into a dark but perhaps hopeful passage. Then, just when you think the song isn’t going anywhere, it introduces the Doodswens sound we are familiar with from the demo. We don’t quite get the fury of album opener In Mijn Bloed, but that’s ok. There’s more to life than anger and more to Doodswens’ sound than inhuman blastbeats.

This sounds great on paper but frustratingly, I think the band have tried to do too much here. When they are good, Doodswens will blow your face off. However, Lichtvrees definitely loses steam halfway through. A large part of the reason for this is that the longer songs don’t really warrant the length or keep my attention as well as they could, the aforementioned example aside. This, along with the frustrating lack of low-end means that it’s hard to wholeheartedly recommend this album.

Nonetheless, I really appreciate the way Doodswens manage the runtime here. While not overly long, interludes and shorter tracks do break things up and make this a more palatable listen.

This is a promising debut album from an act that already has a track record of putting out the kind of black metal that makes the hairs on your arm stand up and I’m confident there are tracks here that will absolutely do that. If the more ponderous numbers also do something for you, then you could do worse than spend 36 minutes with a couple of spooky Dutch women.

Lichtvrees by Doodswens will be released by Svart Records on 2nd December. You can pick it up here.