200 Stab Wounds – Slave To The Scalpel 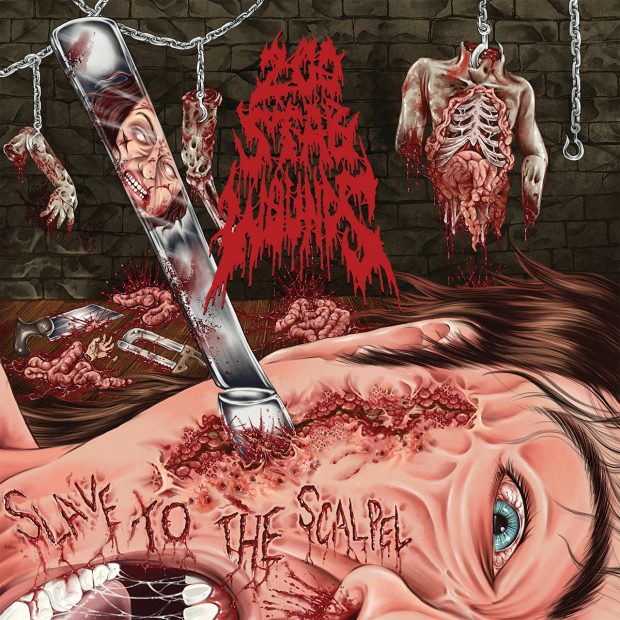 Cleveland Death Metal band 200 Stab Wounds hit my radar last year shortly after their EP Piles of Festering Decomposition was released. A 14-minute record that served as a preview of the raw potential the band had. It was old school gore obsessed death metal. At times a bit raw and excitable but promising nonetheless.

Released through Maggot Stomp, Slave to Scalpel is the band’s full-length debut and it continues the gore/horror theme although musically, they are more measured and calculated in their approach this time. It feels hugely creative and cinematic in that we are cast in the role of the victim to the maniacal killer and we are firmly chained in the basement ready to be tortured and dissected. With a larger soundscape and a departure from the frantic approach to the EP, the record is quite literally screaming to be listened to in one go, which isn’t difficult considering it’s only 25 minutes in length. 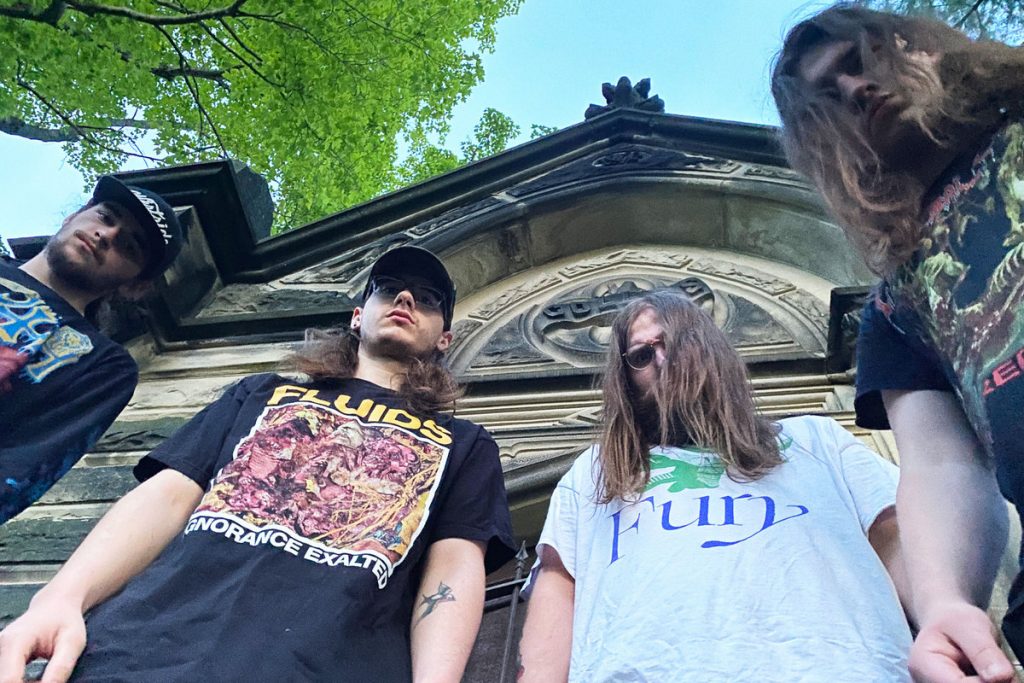 The atmospherics they have created is 1970’s Slasher/Torture movies complete with disturbing sound effects with choking, gurgling and duct tape sound effects over the backdrop of Carpentereqsue synth work in Phallic Filth only hinting at the horrors that await us as we hear the screams of our fellow victims. Of course, we get the obligatory vile lyrics.

“Turn your bones into dust,
Flay your skin into mush,
cut you into itty bitty pieces,
I’ll save you for lunch”

By comparison, this is at the tamer end of the scale as it gets a lot more extreme and shocking.

The range of guitar work on this record is a huge selling point for me. Largely in part to the band having two guitarists. We get everything from thrashy galloping riffs to thicker slower sludgier riffs. We even get some incredible note slides and other quirky guitar licks which, when the higher guitar notes are played, it’s like a chink of light in this dark torturous world. The tempo and structure of the songs are unpredictable, they threaten to end but then come back heavier, faster and with rhythm just to prolong the twisted bludgeoning we are being put through. Heavy is the key word because this record hits like repeated hammer blows to the skull.

The drum sound has improved vastly: the snare is less harsh and feels warmer. The vocals, whilst not the clearest, have that dirty, sewer-dwelling rumble about them and work in tandem with the bass. The difference in sound and production is noticeable between the EP and this debut. Here we have more atmosphere, darker and bigger theatrics as opposed to the raw and at times suffocating style of the EP. Transitions between tracks are flawless and the use of the synths just add to the absorbing experience. The differences are a testament to the band that can operate on so many levels of not only death metal but musical composition, skill and songwriting.

Along with Frozen Soul, who released an equally strong debut in 2021, 200 Stab Wounds should be seen as pioneers of a new generation of Death Metal bands. Both have raised the bar in terms of debut releases and the expectation that comes with that. Its criminally short run time is one of the only criticisms and arguably some may be put off by the thematic of murder, necrophilia and cannibalism but its objective has been executed to perfection. Simply put this is one of the best Death Metal albums of the year.

Maggot Stomp will release Slave To The Scalpel by 200 Stab Wounds on 12th November. You can pick it up here.