If I’m being honest, 2020 has been a big kick in the dick for me. I started the year getting fired on my first day back to work. It was nice of them to give me Christmas and New Year with the imagined security of a job.
I soon got another job, one that hasn’t seen me reduced to tears with stress. But no sooner had I got my new seat warm (metaphorically speaking, it’s predominantly remote) than we saw a global pandemic that put us into the lockdown that we’ve all been trying to adapt to and cope with.
July has given us more political incompetence than you can wave a shitty stick at, and the crazy thing is that this probably applies to whatever country you are in right now!
It’s given us American wildfires and a continuation of conflict between India and China. It’s given us riots and abduction of the political opposition leader in Belarus, as well as riots in numerous US states. There’s probably loads more I’m missing out, but it feels a little bit like the world is falling apart.
July is a shit month, no doubt about it. But the soundtrack to this shit month, and perhaps the whole shit year, could be in this month’s new releases?
(The full Spotify playlist is here btw) The Acacia Strain have made a habit of writing crushingly heavy metalcore since 2001 and they have carried on this tradition with their tenth release, Slow Decay.
I only every really gave TAS a passing glance because I, the eternal idiot, associated heavy with fast, and anything slow was avoided. What a dickhead.
There isn’t a single track I skip on Slow Decay. Every song has at least one moment that stopped me in my tracks and made me go “oooft” out loud. I am a fan of having guest slots sprinkled in, with the savage screams of Jess Nyx on The Lucid Dream providing a counterpoint to the signature deep growl of Bennett being the best example.
At ten albums in, you probably know what to expect from The Acacia Strain and your best guess would be right. If you love their previous stuff then you will also love this. If you weren’t a fan or were on the fence then Slow Decay probably won’t win you over but give it a shot anyway. I’m glad I did.
Havukruunu – Uinuos Syömein Sota 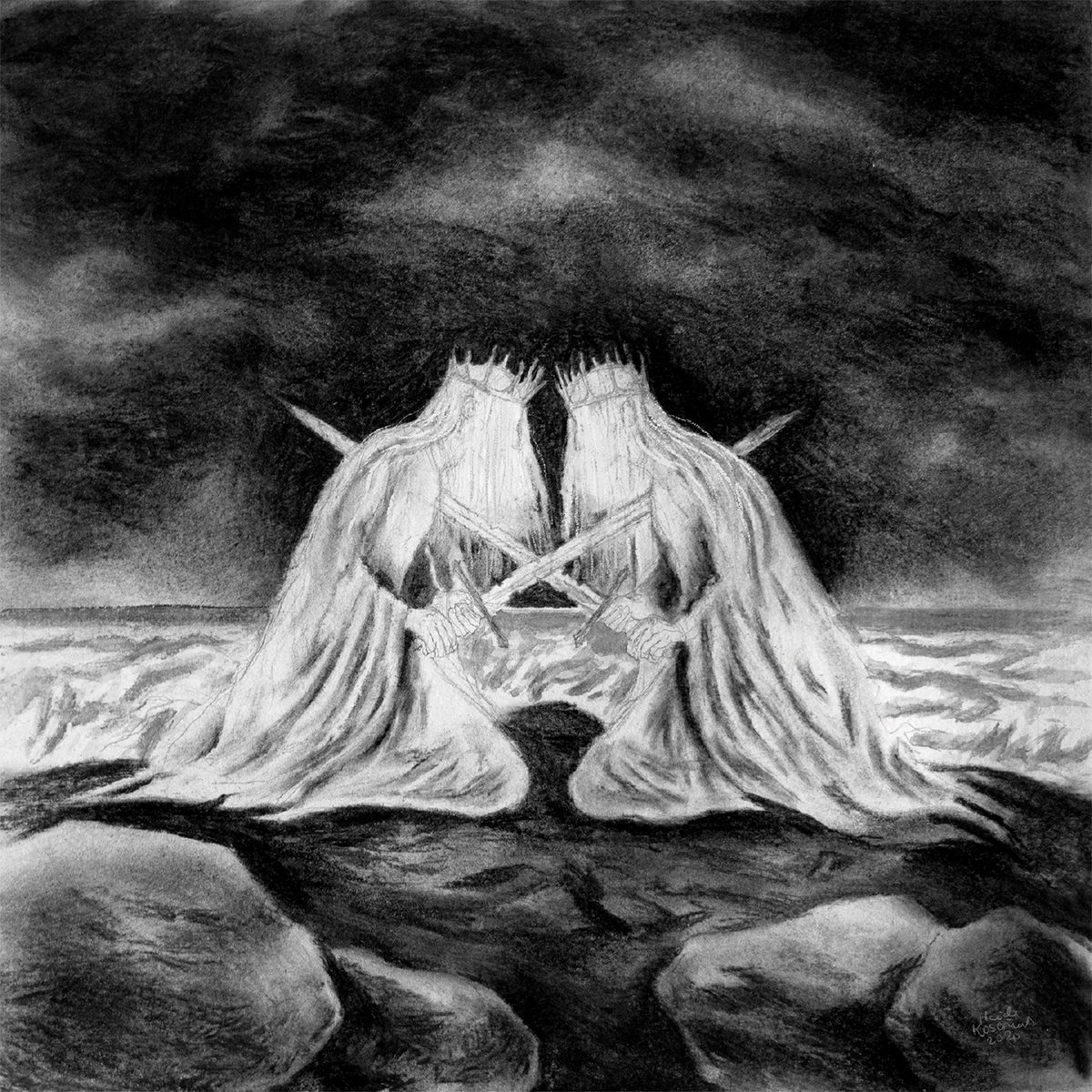 I love music that transports me to a completely different world. There are only certain genres that seem capable of that however. Some prog rock stuff might fit in that category, in which I include both The Mars Volta and Rush. Black metal, strangely, is another.
I like brutal black metal as much as the next guy. I’m not going to act like some poser and pretend I ordered tapes from Norway. Gorgoroth and 1349 were my intro to black metal as a whole (obviously as a drummer I love Frost…!). However, the focus some bands pay to their lyrics, composition, theme and general atmosphere they want to portray absolutely contributes to the other-worldliness of their records.
Back in February I bought Vástígr’s album Aura Aeternitatis because it invoked this kind of feeling in me. The same can be said of Uinuos Syömein Sota, the third full-length from Finnish band Havukruunu.
While the lyrics are all in Finnish, so I have no idea what’s going on, each song sounds like part of a story, and the grandiose songwriting adds to this feeling. It’s a very pagan/folky take on black metal, with acoustic guitar and choral touches complementing the more traditional black metal sections.
This is reminiscent of a lot of things I’ve heard over the years – and if you have heard any metal that leans on Viking or medieval themes you will know what I mean – but the sound here is unique to Havukruunu. It’s fair to say I’ve never heard anything exactly like this. I’ll be looking out for a vinyl repress in the future because this is a record I feel would be best explored on a turntable.
Gaerea – Limbo 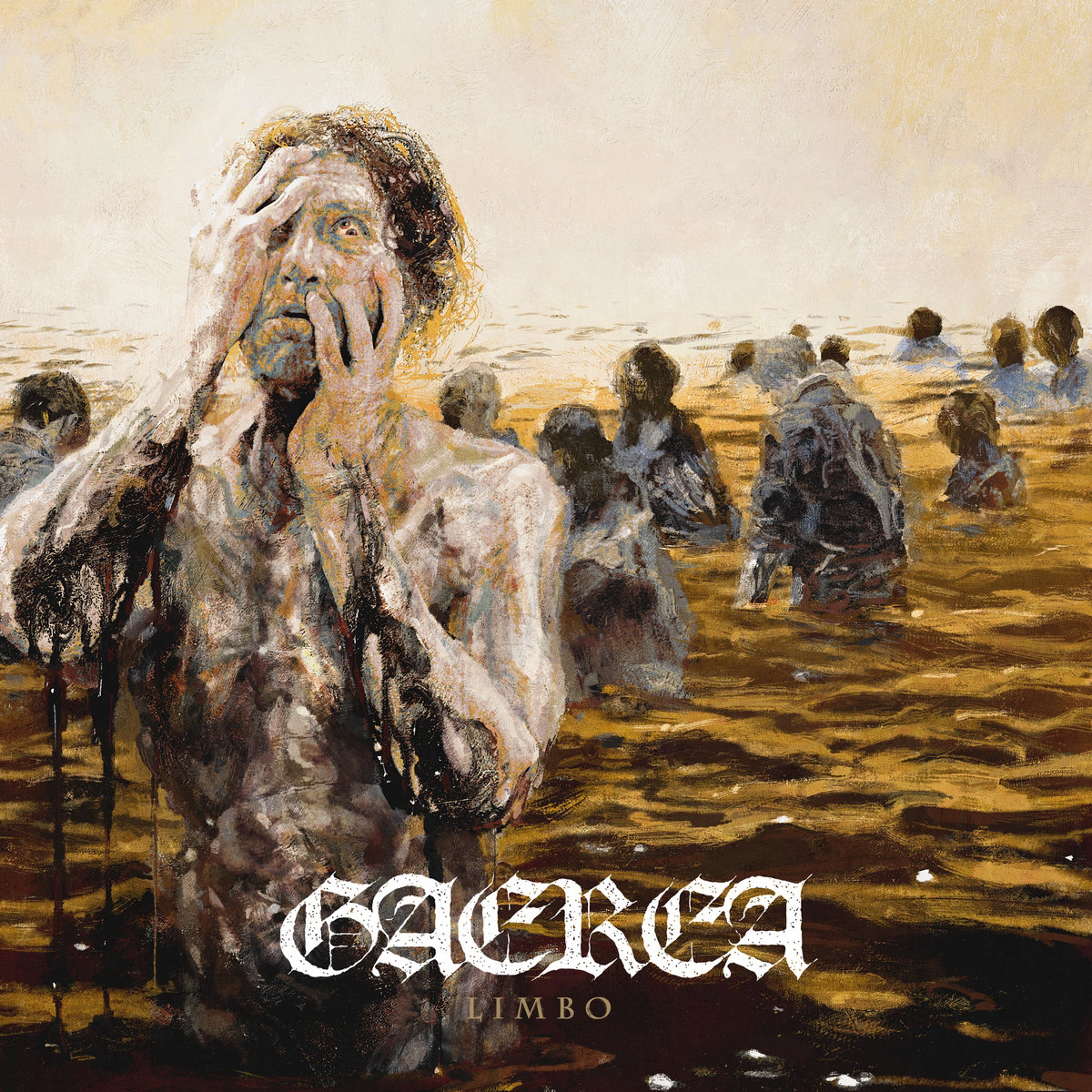 When it comes to black metal, one big turn-off for people is the production. It definitely is for me. I’m sure you’ll have the respect of the 300 people buying super lo-fi black metal on cassette who think it’s trve kvlt but if you want more people to hear your music then you have to make sure your sound production allows people to actually hear what you’re playing.
You don’t have to drop the more theatrical end of the genre. You can still wear ceremonial robes or hoods. You can go by a nom de plume, or remain completely anonymous. This is what Gaerea have done, the creepy bastards.
Limbo is the second album from the anonymous Portugese black metal outfit, but it doesn’t sound like it. They sound like veterans of the scene and have the swagger to open the album with an 11-minute song. I don’t think you’ll mind though, or even notice.
Six tracks spread out over 50 minutes might make you think this is the type of black metal that dips into soundscapes and Cult of Luna style instrumental passages. Nope. This is super aggressive all the way through. Gaerea have managed to tighten their songwriting to allow them to compose a full album of bleak and melacholic black metal that manages to evoke an atmosphere while keeping to a tempo range that I so selfishly love.
The track lengths on Limbo may be a turn-off for some but not for me. It allows the band in this case to establish and then build on interesting motifs and explore a lot more. Much like Mgła but with cleaner production.
I might blast one or two songs from the likes of Behemoth or 1349 for the energy. Slaves Shall Serve or I Am Abomination will fucking kick your teeth in, and I love it. But I wouldn’t put on a single Gaerea track. You have to listen to the full album.
Drouth – Excerpts from a Dread Liturgy Where Gaerea are an example of how to make black metal sound good in terms of production quality, Drouth show us that you can muddy the sound a little without hampering your enjoyment of the music. In the case of Excerpts from a Dread Liturgy, the dirty production adds to, rather than detracts from, the atmosphere and general theme of the music.
Drouth play a similar brand of black metal to that of the aforementioned Gaerea, but differentiate themselves by punctuating each track with mote melodic sections. Whether it’s a relaxed guitar solo or a downbeat atmospheric lull, these sections act as a glue for the savagery surrounding them.
July has not been a good month for new releases and this may not have made the list in other months. Nonetheless, Drouth have stayed relatively faithful to the genre, and used all of the component parts to create something that may not be unique but is definitely their own. The most surprising thing about Drouth, to be honest, is that they are from Portland and not Poland.
Imperial Triumphant – Alphaville 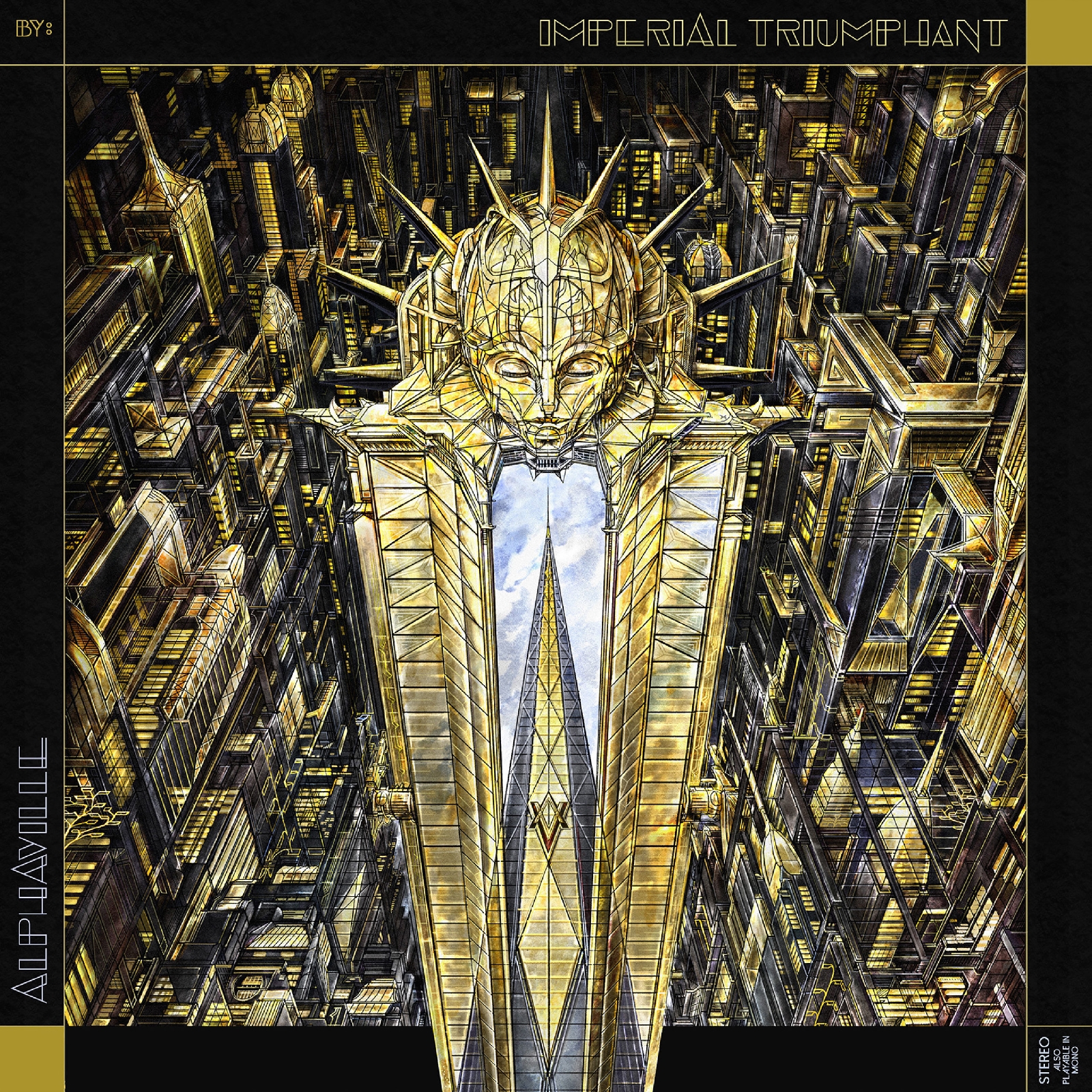 What the fuck is this? What’s going on? Apparently avant-garde black metal is the label slapped on Imperial Triumphant but really, it’s black jazz. Listen to Excelsior and tell me that’s not a jazz band’s interpretation of black metal.
It’s fair to say that this is an acquired taste.
Founder and mastermind of this weird band, Zachary Ezrin, has described Alphaville as trying to encapsulate all the beauty, glamour, decadence and grime of 1920’s New York, but fucked up and distorted. And while I’m a sucker for a fully-formed story-driven concept album, this simple-sounding theme was enough to hook me in and encourage multiple listens.
The free-flowing jazz drums are incredible, as is the bass playing throughout. Ezrin’s guitar goes from djenty chug to Pyrrhon-style prog-death to jazz-fusion and while jarring, repeatedly forces your appreciation. I wish I knew more about music theory so I didn’t lack a vocabulary to talk about this.
Alphaville is not an easy listen, and it’s not supposed to be. It demands your attention, demands active listening. Transmission to Mercury is the perfect example of this. Yes, opening track Rotting Futures is jarring and dissonant, but it’s also more of an extreme metal track.
Transmission to Mercury fucks with you by starting off with some smooth jazz piano and trumpet before abruptly dropping a thick slab of black metal at your feet like a very sick cat. If you listen carefully however, you’ll notice the bass line mirroring, in a distorted way, the trumpet from the opening section. The guitar also takes the melody established by the piano and fucks with it. The trumpet soon makes a return, albeit sounding more demented this time. The two major genre influences then meld together, as if the whole city of New York met in a grimy basement to beat the shit out of something beautiful.
Music critics will wank themselves silly over Alphaville. Who knows if they will ever listen to it again. It’s a very challenging yet rewarding album if you put the time and effort in.
Notable mention
The Funeral Orchestra – Negative Evocation Rites 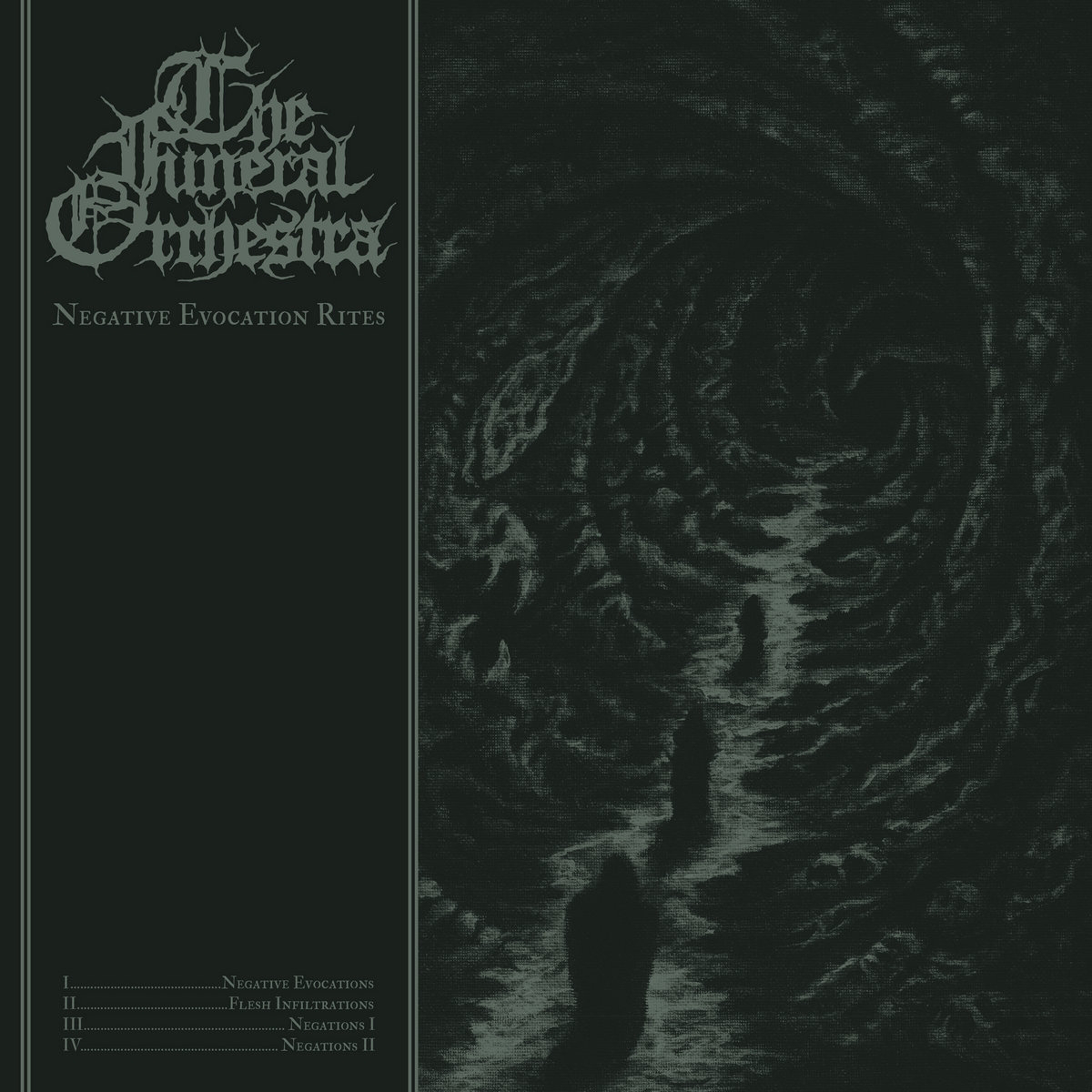 I’ve only recently got into doom, so this may or may not hold up to the standards of the purists in this niche genre but this is a downright evil collection of songs that evokes feelings of dread and nervous anticipation in me.
If that’s what the aim here was then the priests in The Funeral Orchestra have succeeded.
This is a very slow, almost ritualistic-sounding take on the genre that intrigued me enough to listen, more than once, to all 41 minutes that these four tracks span.
And if you missed it at the top, the full Spotify playlist is here.