How can July be so poor yet August be so, so good? I’ve really struggled to keep this at five. But I also cheated and added a few noteworthy mentions. If you don’t like it you can speak to the manager.
I always put together everything I liked each month in a Spotify playlist. You can check August’s here. 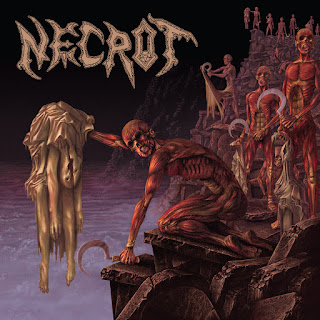 Sometimes metal Twitter goes wild for a release and I just don’t get if. Everyone wanked furiously over the new Release the Archers album but it’s not my thing at all so I gave it a wide berth. Necrot’s Mortal on the other hand…
It’s fair to say I’ve listened to this a lot. The weird thing is that it’s hard to pinpoint exactly what I enjoy about this over any other mid-tempo death metal release this year. There are no real surprises or wholly novel ideas on show. So why is this release surrounded by so much hype?
I think the main box that Mortal ticks is “consistency”. A mature-sounding death metal album that does not miss a beat for the whole runtime and delivers solid headbangers for nearly 40 minutes is hard to find in as crowded a field as death metal.
I’ve mostly enjoyed blasting this in the car. The track order gives you a good mix of tempos for any traffic scenario. Just don’t try to do double kick in a manual drive car.
Good Tiger – Raised in a Doomsday Cult 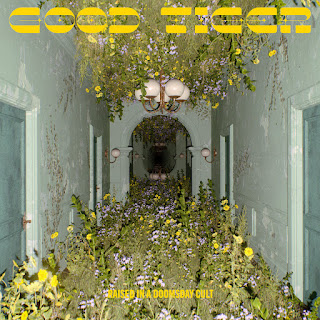 For 2018 and 2019 Dance Gavin Dance was my most-played artist on Spotify. That’s one of the reasons I started this project. Not that I have anything against DGD, but I didn’t even bother exploring the rest of their genre, never mind anything else.
So, we’re in August and I think this is my first post-hardcore album. I just went straight into extreme metal. I don’t even know if this is classed as post-hardcore but that’s where I’m putting it, and I’m sure they toured with DGD a while back.
Good Tiger repeatedly came up on my Spotify mixes last year. Every time my interest was piqued by a song I didn’t, recognise it turned out to be Good Tiger. So unlike most bands I’m listening to and writing about this year, I’ve actually listened to before.
The main reason I enjoyed this album is that, like an ogre, it has layers. Every playthrough reveals something new. A seemingly straightforward section, on closer inspection, has layered guitar lines complementing each other, or a bass line running in an interesting way, or tricksy ghost notes on the snare.
In this way, they remind me of both RX Bandits (newer work) and At the Drive-In. The production implies a straightforward rock record but belies a layered technicality and mature musicianship. That and the super-catchy choruses keep me coming back to this.
Atramentus – Stygian 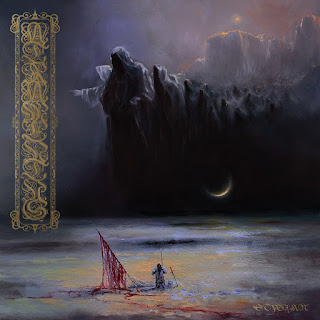 I wrote about this in a rare standalone review already. A rare thing. But I want to change one thing about it, and that is that this is not something to listen to once, deeply appreciate and not pick up again. I’ve listened through multiple times now and still enjoying it. For sure there are limited time-and-place occasions for funeral doom but this keeps coming back into circulation.
I never thought I would listen to a funeral doom album multiple times in a week but here we are. Regardless of my propensity for concept albums and records that ship with maps of fictional fantasy worlds, this is a cold, harsh, brutal record and I love it.
Black Crown Initiate – Violent Portraits of Doomed Escape 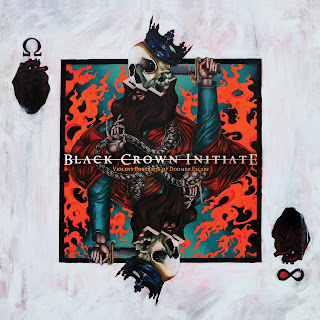 I’m not really sure where Black Crown Initiate sits in terms of genres but I’ve come to think of them as prog death I guess. The growls are as good as you’ll find anywhere and the lads know how to write headbanging death metal pieces. At the same time, there are longer cleaner portions you might associate with Opeth. The track Sun of War covers both of these in the first three minutes.
In less competent hands, it would have been too easy to cast this off as Opeth worship and leave it at that. But what Black Crown Initiate is going for in terms of both sound and composition is different enough, and, more importantly, good enough to stand on its own.
The run-time felt a little long for me. The nine tracks clock in at just over 50 minutes, and we have interludes in there as well. This is a minor complaint though, to be honest, and one that many may not have sympathy with or even recognise. Your expectations will be coloured by the genre, and prog has a habit of being on the longer side after all.
I feel like I’ve lost a little of the depth on display with Violent Portraits of Doomed Escape by not reading the lyrics and understanding the themes that run through this album, and given time I may go back and look for them. I’ve spun this a few times, and I’m sure another few with the lyrics to hand will add to my enjoyment and appreciation.
Faceless Burial – Speciation 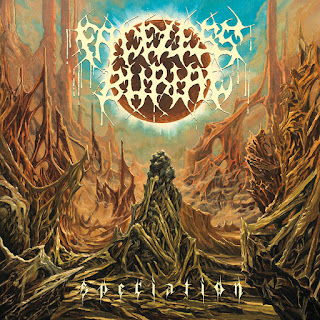 Necrot, like Ulthar, is an example of a death metal band gaining plaudits for putting out very solid collections of riffs and blastbeats that perfectly encapsulate the sound we have grown to love from death metal. Faceless Burial, on the other hand, bring something a little fresher to the table.
While still firmly worshipping old school death metal for fans of early Death and Deicide, Speciation sees the Australian band clean up the production and add in a little more variety in the riffage. We never get into tech death territory but we do get pretty close, especially with the frenetic and spasmodic drumming. It’s actually not a mile away from Suffocation, to be honest with you.
It’s wild to me that this is just three guys!
Noteworthy mentions
Curses – Chapter II: Bloom
This sounds like the sort of metalcore I would have been right into when I was 16. It’s almost post-hardcore in a lot of ways but there is a definite metal edge. This seems to be the second part in a story the band are telling and to be honest, I haven’t yet gone back to listen to Chapter I but I should.
The reason this is getting a mention here is that it pulls together post-hardcore soaring clean choruses, proper death metal growly bits and also hardcore beatdowns in a way that is actually listenable, and I like all of those things.
Panzerfaust – The Suns of Perdition – Chapter II: Render Unto Eden
Another chapter II! With books or movies, I kind of have to start at the start. A shoddy recap isn’t good enough. I’m sure Panzerfaust will forgive me for jumping in here though.
Panzerfaust plays the kind of heavy and suffocating black metal I would love to. They mix the kind of heaviness that is typically found in doom with more atmospheric passages, conjuring up a wholly war-like mood. This is firmly black metal but to pass it off as “just black metal” does it a huge disservice. I listened to the Black Crown Initiate record a few more times than this one which is the only reason that’s on the list and this is not. It should be. As I write this I’m reconsidering. Come the end of the year I probably will.
Cytotoxin – Nuklearth
I’ve mentioned how much I love concept albums and I want to state that this love extends to themed bands. Metal has enough fantasy-themed bands pretending to be trolls or pirates or whatever. It does not have enough nuclear apocalypse-themed bands. It makes absolute sense for a band using a nuclear apocalypse as their inspiration to put out exceptionally brutal technical death metal. Like, Panzerfaust, this would have been on the list above if not for some other strong contenders. I feel like I enjoy this as much as the five I’ve listed but being honest with myself, I have listened to this less. I’m sure that will change as winter kicks in and the brutal weather calls for brutal music.
The full August Spotify playlist is here.