Werewolves – From the Cave to the Grave 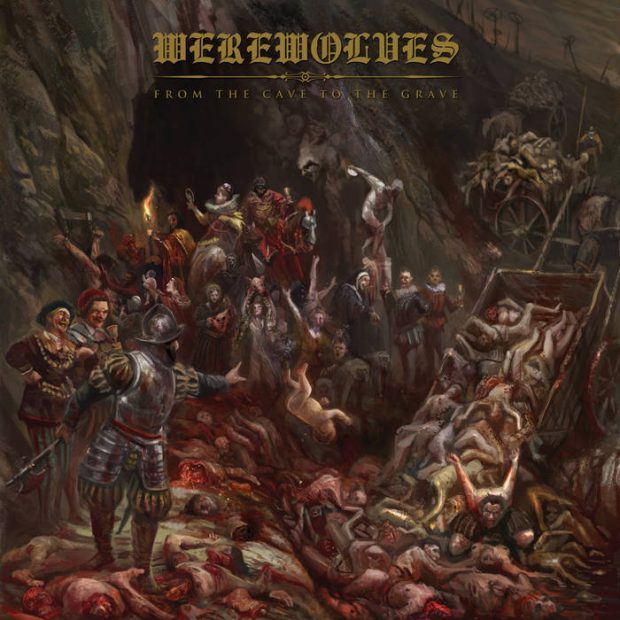 Let’s be clear right now. Werewolves do not mess about – With three albums since 2019 their latest, From the Cave to the Grave, is set to be their most ferocious to date

It astounds me that three people can deliver such barbaric, skull annihilating metal and it seems that since their inception Werewolves haven’t had to look far for source material when you consider such things as bushfires, a global pandemic, potentially life changing surgery and even war there is a real sense of wanting to push back with violence and savagery.

Let’s also acknowledge that this trio have some real pedigree as Werewolves feature members of The Antichrist Imperium, The Berzerker & Psycroptic. 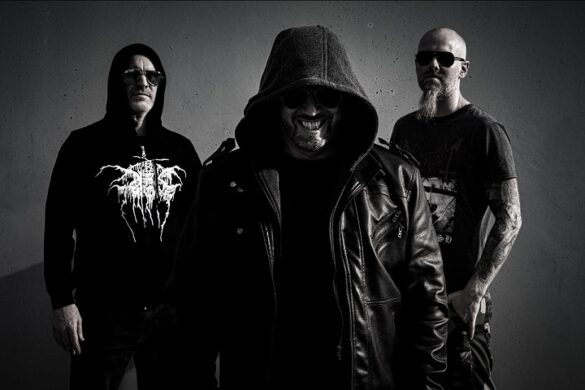 Consisting of nine blistering tracks the first offering from the album We Are Better Than You solidified Werewolves intention going forward and the follow up Harvest of Skulls is probably best explained by bassist and vocalist Sam Bean: “We thought we’d bring you a happy little track about death and genocide called ‘Harvest of the Skulls’, which we think is our sauciest film clip so far. Most metal tracks out there that deal with genocide gratuitously recount the action itself. We thought it would be way more horrific if we described what it would be like to be in a country where everyone loses their mind and you’re coerced into mass murder… being made to go along with things, like you’re forced into a large public service work.

It also has a very equally well produced accompanying video.

As the album is a straight up attack to the senses it takes a few listens to really recover and be able to get the past the unapologetic attitude of the album but highlight tracks for me must be Self- Help Book -Burning & Pride and Extreme Prejudice but if I am being transparent there is not a bad track on this release.

If you are familiar with Werewolves, then should know what you are letting yourself in for, if not do not say I have not warned you – finding a loved one and holding them close would be a good start.

Releasing on 14th June, you can check out From the Cave to the Grave by Werewolves via Prosthetic Records here.