Veilburner – Lurkers in the Capsule of Skull 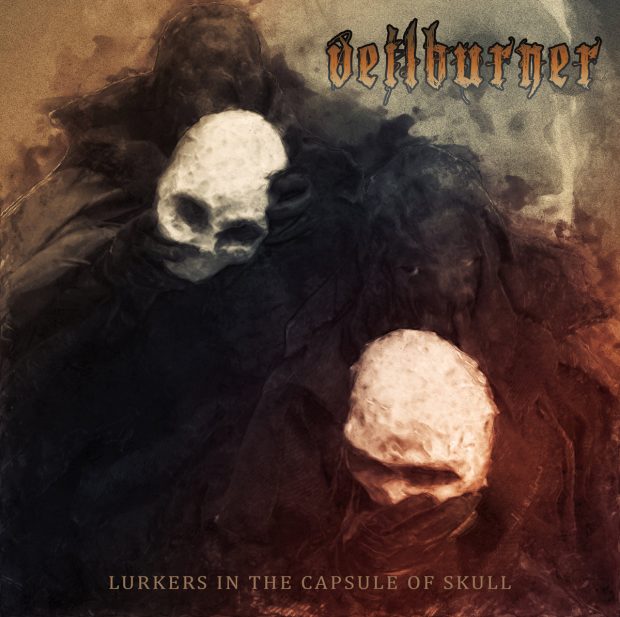 I went on a long hiatus from metal several years ago. I was burnt out on it. Everything sounded the same, nothing was really exciting me. As I began to dip my toe back into the waters, I sought out sounds that I’d never heard before, bands that were making metal that just sounded different. Veilburner was one of those bands. 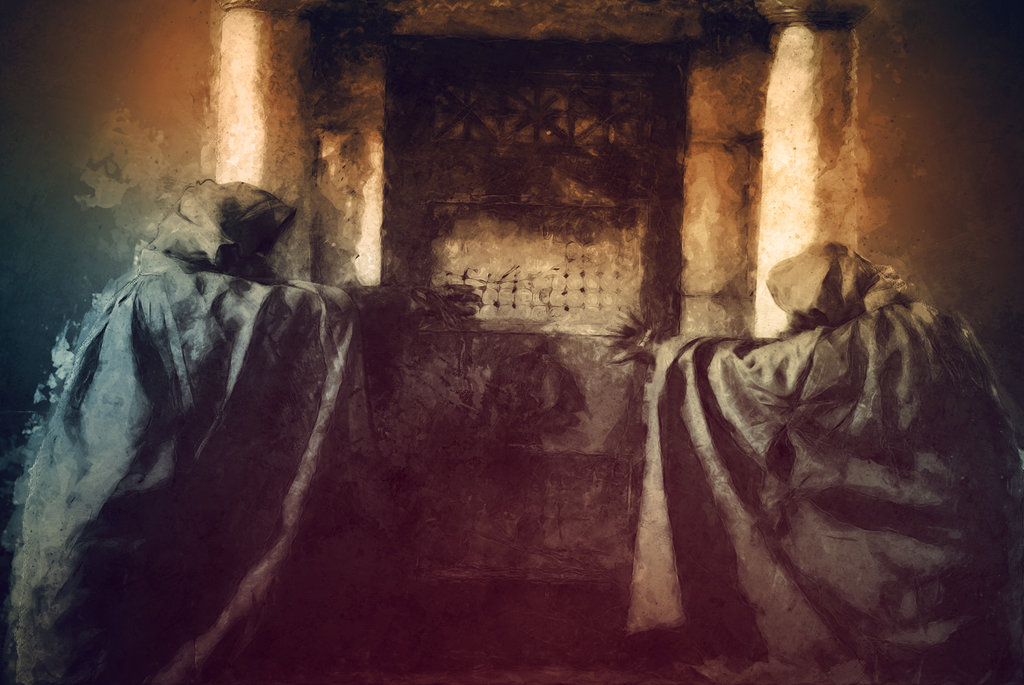 Veilburner are a dissonant death metal project from Pennsylvania. I’m a big fan of this style of music, and spent quite a bit of time trying to draw comparisons between them and bands like Howls of Ebb and Drastus. But Veilburner don’t sound like either of those bands. They don’t sound like anyone else. They completely do their own thing, and do it very well, which is what is so great about this particular flavor of death metal.

I love black metal, but you can toss a rock at Bandcamp and hit 5 black metal bands all essentially doing the same thing. But there’s only one Veilburner.

Their upcoming album, Lurkers in the Capsule of Skull, suitably nearly defies description. If you’re into Lovecraft, it’s the kind of music I imagine playing at the center of existence where Azathoth sleeps: the kind of music that could drive you mad.

Eerie high notes creaking over bone crushingly deep guitars give way to techincal flurries of fretwork while the vocals howl and the snare drum cracks. The bass is also well implemented here (the intro to Para-Opaque standing out as a good example), lending an extra heaviness to the music. No one track sounds too much like the other, but they all work together in an impressive symphony of dissonance.

This is not an album you can have on in the background while you do the dishes, or play video games, or scroll social media. There’s a LOT going on here, and it demands your full and undivided attention. If your mind wanders for a minute, you’ll probably miss something.

The album flies from one idea to the next, changing from slow dissonant melodies to a head nodding bass groove to fast palm-muted riffing on a dime, and that’s just on one song. But this isn’t a “lets throw everything at the wall and see what sticks” situation. Everything seems planned out and tightly controlled. Nothing feels like it shouldn’t be there.

That being said, there is one thing that might turn off fans. While it’s true Veilburner don’t really sound like anyone else making similar music, it does, to my ear, sound a touch too much like the previous Veilburner album. A Sire to the Ghouls of Lunacy. If that album wasn’t enough for you, then trust me, you will definitely like Lurkers in the Capsule of Skull. If you were hoping for something a little different, this may not be your jam.

As with all Veilburner releases, the breadth of creativity and talent present on this release astounds me. If you’ve never heard Veilburner before, Lurkers in the Capsule of Skull would be an excellent place to start.

Veilburner will release Lurkers in the Capsule of Skull on 24th September through Transcending Obscurity. Pre-order here.