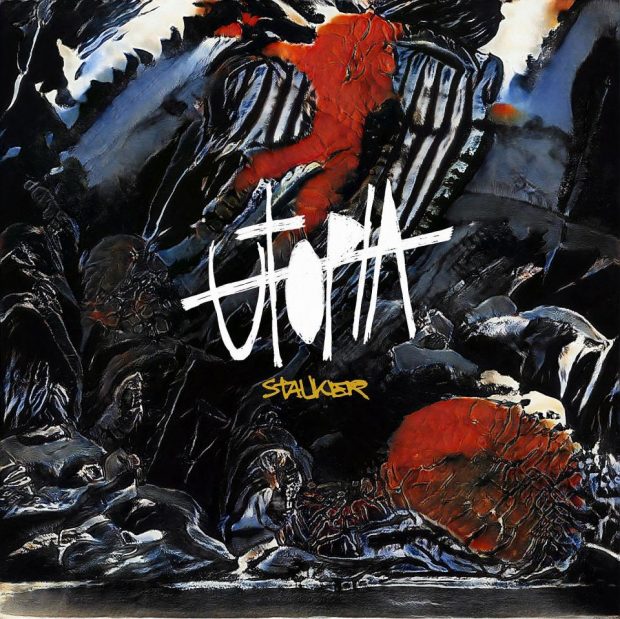 Back when I worked at McDonalds, I found that I had an abundance of creative energy. The rote monotony of what is purposefully as close to a factory line as can be possible with freshly prepared food freed up a lot of my capacity to think abstractly. I was making connections between dots I didn’t know existed. I didn’t create anything groundbreaking, but it did prove to me that Einstein was on to something in his patent office.

I can’t help but link this experience to that of John Bailey. His day job is to travel the world and play guitar for classical singers such as Russell Watson and Aled Jones. For many people this would be enough, but after hearing Stalker, the debut album from Utopia masterminded by Bailey and Corrupt Moral Altar vocalist Chris Reese, I am certain this touring gig is his “worldy cloister” from which he has created some of the craziest music I have ever heard. 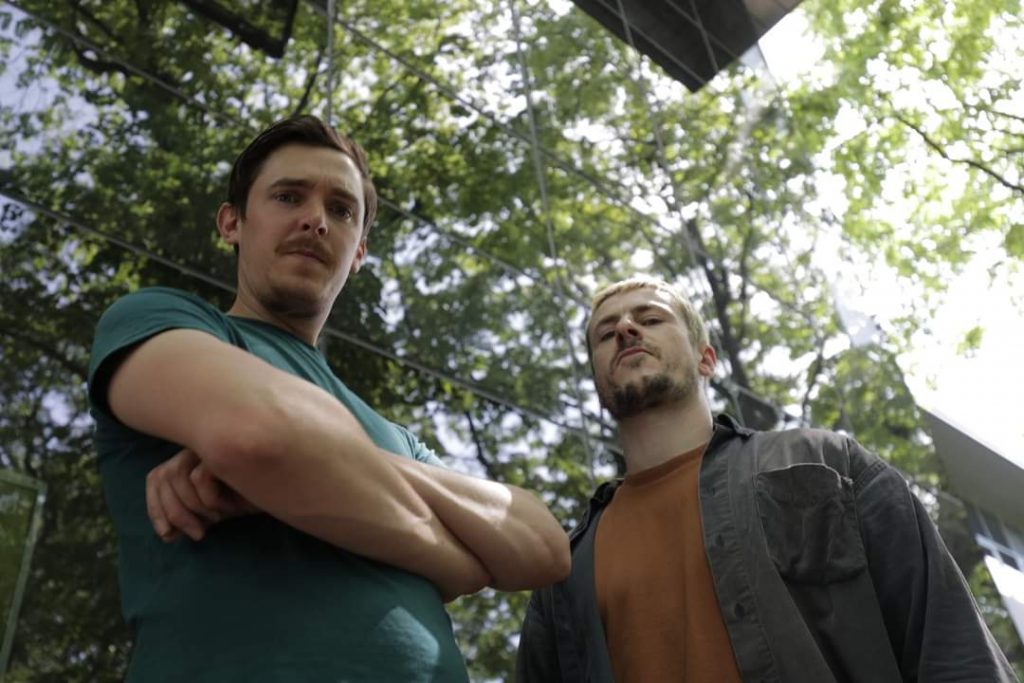 Stalker is how I imagine ADHD to feel. With both rhythm and melody, Bailey shifts and morphs seemingly at random. This might be categorised as mathcore where fans will likely expect (but not predict) these kinds of shifts but even among contemporaries or even luminaries in this genre Utopia stand alone.

Take The Bus Station Roof for example. This track “eases” the listener in with explosive but not unanticipated mathcore. For all of nine seconds. We then run into a bass-led free jazz interlude before a return to the mathcore where the band playfully mix up dynamics and play with rhythm. There is not another track on the album that matches this pattern: I’m explaining this track to demonstrate the uniqueness of this experience.

Utopia blends together all the parts of Botch, DEP and Psyopus that make you go wtf. Dramatic time and pace shifts, guitar noodles mid-bar or even mid-beat, ambient passages that start off straight but end up maddeningly Escher-like, and (surprisingly) breakdowns with huge riffs.

One band covering the breadth that Stalker does is inconceivable. This is why Bailey and Reece have pulled in musicians who are best suited to specific styles. Drummers Billy Rymer (DEP, END), Baard Kolstad (Leprous) Lee Fisher (Fawn Limbs/Psyopus) and Si Blakelock (Tangaroa/Dream Troll) all play a part and add their own flavour to the mix. Guitarist Simon Peter King, bassist Arran McSporran (De Profundis/Virvum) and Mike Moran of Ozzy Osbourne/George Harrison fame (keyboards) round out an all-star cast only an experienced and well-respected touring musician can pull together for a debut album.

As a work of creative extremity, it’s likely Stalker will be unparalleled in 2021. Utopia has the potential to redefine mathcore. God knows they have the personnel and the chops. However, for all the chaos and indeterminate rhythmic games, there has to be hooks for me too, and memorability is the one aspect that lets this record down slightly.

John Bailey is playing the mad scientist here, and what he has cooked up will shock and delight. For the majority of people out there, this will be more than enough. His unbridled creativity really is something that has to be heard to be believed. Maybe that’s what is most memorable.

Utopia will release Stalker through APF Records on the 27th of August. You can pick it up here.