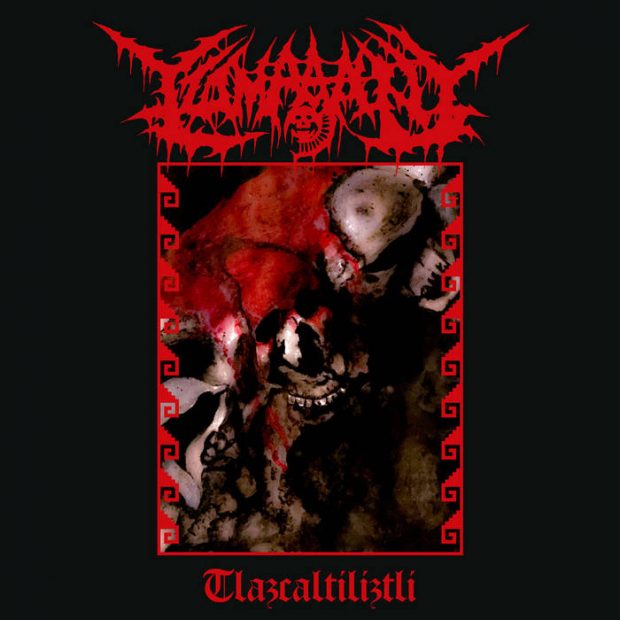 Music, dance, and other forms of physical art are excellent ways to keep in touch with an ancestral culture that imperialism, colonialism and whitewashing all do their best to stamp out and replace with a monoculture. The trouble is often finding and accessing authentic examples from which to learn. Indigenous cultures, especially those of long-gone civilisations are typically reduced to stereotyped caricatures that “other” any non-white culture to the point they feel alien even to descendants of that culture. Thankfully there are bands who revel in exploring their heritage as well as their love for heavy music.

It’s not quite true to say that Mayan death-doom is new to me because I was a big fan of the initial Tzompantli EP, Tlamanalli, from 2019. If you never caught that before now, it’s very likely this will be your introduction to Mayan death-doom. Xibalba guitarist Brian Ortiz (known here at “Big o)))”) has filled out the line-up since that initial EP to turn this formerly solo side-project into a band proper and has unleased debut album Tlazcaltiliztli upon the world.

This is a band not shy of leaning extremely heavily on their heritage and culture. As well as enforcing it through riffs and lyrical content, you’ll also be able to hear the sounds of shells and a death whistle as well as a didgeridoo, which while not known for being Mayan in origin does still fit the vibe well.

The album is split in two, with an instrumental track separating the first two proper tracks and the final three. This is no meandering interlude, however, but possibly one of the strongest tracks on the album, thematically speaking. Eltequi uses rhythmic drumming, shakers, screams, growls, droning guitars and other sound effects to build a hypnotic track that should not be skipped in your haste to get back into the heavy shit. 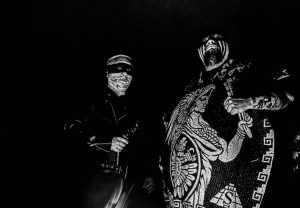 The first half of this album, to use the common parlance, goes hard a fuck. It leans heavier on the death side of the genre with riffs that sound like they have been stored in molasses. Tzompantli are no one-trick pony, however. Both Ohtlatocopailcahualuztli and Yaotiacahuanetzli show off the band’s willingness to dip into both sides of the death-doom toolbox, with the former dipping in and out of an almost funeral-doom approach throughout and the latter only taking a quick detour through headbang city.

This is an album that punishes you from the get-go, without giving up the thematic approach behind the formation of the project. It’s very easy to see why 20 Buck Spin picked Tzompantli up. Their record of only putting out bangers is secure with Tlazcaltilizli

20 Buck Spin released Tlazcaltilizli by Tzompantli on 22nd May. You can pick it up here.