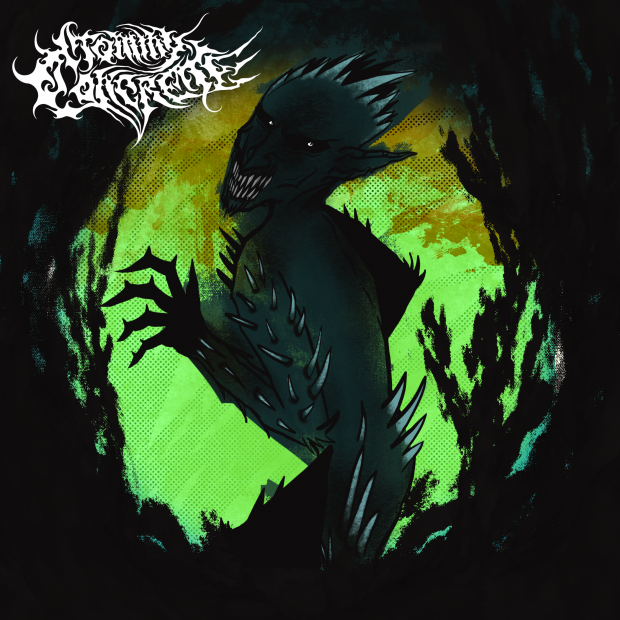 I can’t decide if it’s more amazing that synesthesia is so rare or that it isn’t more common. I know someone whose childhood friend tasted words and sounds. Every word had a distinct taste, making even the most mundane of conversations a taste sensation. The brain is the sum of billions of connections, and for those connections involved in our brain’s way to experience and make sense of the outside world to not occasionally get mixed up is an incredible feat of engineering.

Prolific multi-instrumentalist Tommy Concrete has a form of synesthesia where he experiences sound (including music) visually. This seems like a superpower when it comes to making music, but if you were unable to wield it, it may feel like a curse.

On Hexenzirkle, Concrete’s ninth album, he used this to explore the psychosis he was diagnosed with in 2019 and the creative process was very different for this one. Knowing he wanted to push himself further than before with guitar lead parts, Concrete actually created (8th album) Orc Mage in order to practice writing guitar leads so that Hexenzirkle could be all he envisioned. You see, the approach to this one was to literally draw the album out and make the music fit his visual representation of the songs.

Creating music based on drawings in order to sonically represent your psychosis could go so many ways, but thankfully Tommy has the musical chops to do this justice.

Previous work allowed Concrete to explore various musical influences on isolation, but Hexenzirkle is an attempt to blend everything together cohesively. On opening track What Unknown Forces for example, we are treated to a rollercoaster lasting almost 18 minutes that flies us through traditional heavy metal, doom and prog rock, all held together with Tommy’s impressive pipes and the aforementioned lengthy and creative guitar leads.

Later in the album, we get spoken word passages running through some sort of vocoder so he sounds like Megatron,  and brutally honest rapping about life in poverty. There is a three minute flamenco guitar section that comes out of nowhere. We have keyboard/organ solos. There’s what seems to be a cat purring. Cowbell!

Some artists bill themselves as eclectic because they take influences from outside the strict confines of their genre archetype. Tommy Concrete laughs at these artists. What genuinely surprised me however, was that there are real hooks here that will barb you and have you humming or singing passages long after you’ve finished listening.

I’ve found myself singing passages like this one from What Unknown Forces:

Feeling great now, I won’t tomorrow
But I’m better than yesterday,
Thousands have died, only one that matters
Seems like they were his last straw,
Healing pain now, silent tomorrow
Hail the conquest of yesterday,
This one’s for everyone, whose life’s in tatters
With a black cloud that won’t go away

The driving blues rock opening riff to Entombed With My Pride By My Side has also been stuck in my head a few times, popping up when I least expect it.

The balancing act of blending truly eclectic influences with catchy and memorable hooks while still being an attractive proposition for fans of doom, heavy metal and prog rock is a very tight one, but Tommy Concrete as absolutely smashed it here.

Hexenzirkle is a lead-heavy exploration of life as Tommy sees it. Considering his varied influences, ability to express himself through multiple instruments and vocal styles, as well as his autism, synesthesia and psychosis, this is a wild ride. But I’m all-in on the Tommy Concrete train now!

Hexenzirkle by Tommy Concrete will be released on Friday 25th June through Trepanation Recordings. You can pre-order it here.