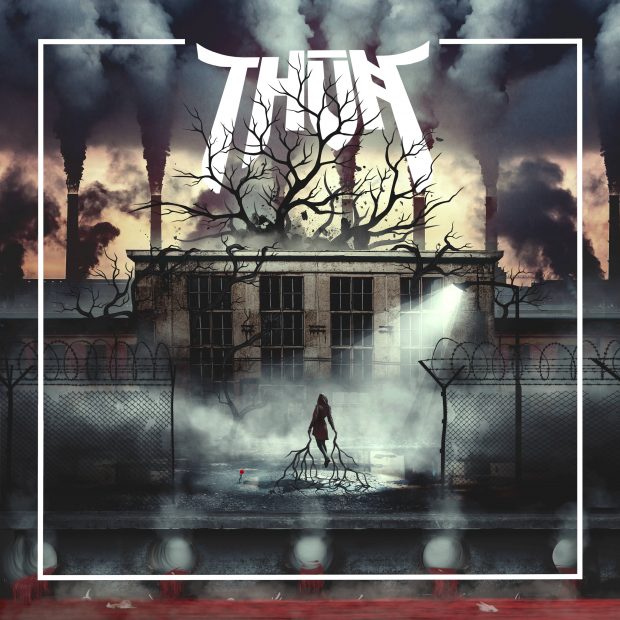 Sometimes a promo drops in your inbox and you have no idea who the band are. Or the other bands that the members belong to. Or the label. Just a big ‘ole mystery bag. Most often, we don’t cover stuff like this because it’s just not very good. Other times you look down the album notes and find that Karl Sanders from Nile is credited with lead guitar for the whole album. Ok Thūn you crazy motherfuckers, I’m in.

This album deals with a concept we should all be vaguely familiar with: late-stage capitalism and global collapse. Except in this case the band ask the question “what if the only solution is for an eldritch horror to wipe the Earth of everyone who refuses to live sustainably?”

I absolutely love this batshit insane, but incredibly fun concept.

Musically, there are obvious doom influences throughout but it would probably be a mistake to write this off as simply a doom album. Instead it’s an example of how interesting heavy music can be when the artists involves aren’t afraid to paint outside the lines.

For example, no doom album has any rights throwing in blastbeats and wild Morbid Angel style solos from Karl MF Sanders. Driving Mastadon-esque riffage sits comfortably alongside blistering blackened death metal. Doom has its fair share of vocal styles and guitarist/vocalist/project mastermind Jon Higgs demonstrates them all. We get raspy screams and death metal growls; high cleans and gutteral lows.

If this isn’t a doom album, or even a straightforward death-doom record, what exactly is it? 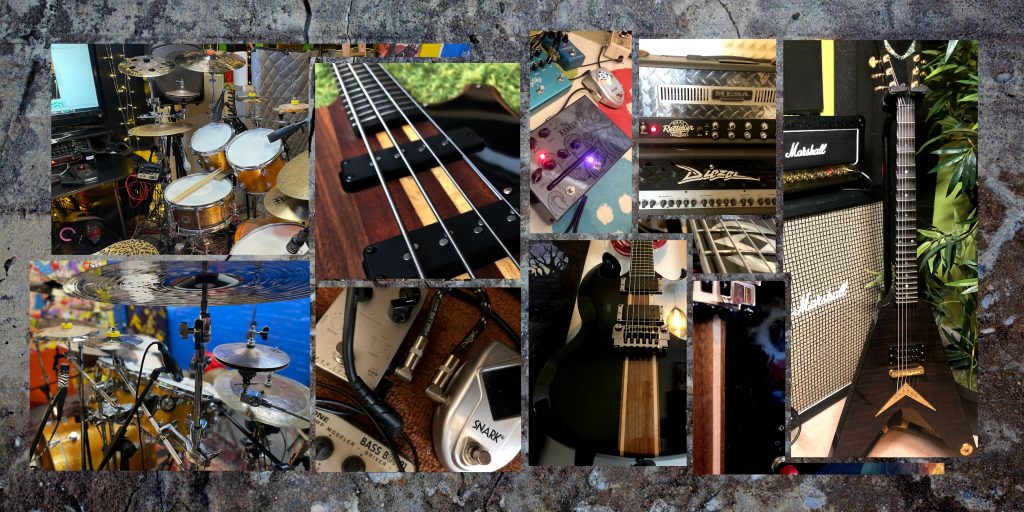 Ultimately this is a project where each talented member is given the space to shine.

The bass tone and writing throughout is excellent. This is most evident during a bass-driven loose jam session-sounding section at the end of Cage Within A Cage. A very blues-y ending to a chaotic song where bassist Hugo Wilkinson is allowed to just run.

The drumming reminds me of an interview I watched with Bill Ward where he said that he was by training a jazz drummer and he felt that his drumming for Sabbath was jazz drumming. While Iommi was reinventing the blues, Bill was showing how versatile a jazz background can make a drummer.

Knoer’s drumming across this whole album is eclectic, to say the least. Album closer Gaiacide sees him pair swinging triplets with a meandering guitar section with ease but also up the tempo moments later with precise blast beats and blistering fast double kick. I was not surprised to find that he is a graduate of Berklee and also a former touring jazz orchestra drummer.

We have seven tracks here, but two are short interludes. I’m not usually one for interludes and such but they are well-placed here and serve as needed respite between the carnage. This is such a varied and interesting album that a gentle piano interlude with subtle marching snare percussion is both welcome and not weird.

The recording and release of this album is also noteworthy. Each artist was left to record their own takes with mixing and mastering left to Jon and Damian Herring respectively. The band have stated that the only release for this album will be full dynamic range digital download because “CDs are obsolete, new vinyl is for posers, cassettes are for hipster posers and subscription streaming is for suckers that actively endorse the devaluation of music”. So there.

This is a seriously strong debut album from a talented set of musicians and songwriters who firmly grasp the dire situation we find ourselves in and have written an album worthy of AOTY accolades. Unlike Gojira.

Thūn will release their self-titled debut through Eat Lead and Die music on the 16th July. You can pre-order it here.