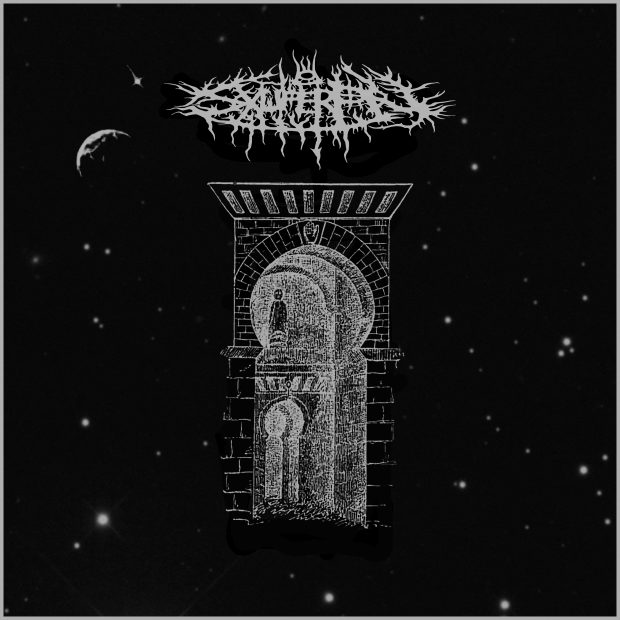 Sometimes promos come through that I know I enjoy but also know I do not have the correct frame of reference to do the material any justice in a review. I think there are a lot of people who will enjoy what Sxuperion have done with this new album, but I am absolutely not the right person to write this review. Fortunately, Erin from Dread Maw/Rage of Devils has way more bearing on this scene than I do and agreed to write some thoughts on it! Take it away Erin.

Hello! Who’s ready to take a trip to gaze upon horrifying cosmic vistas and encounter things man was never meant to see? Who’s up for going mad from the revelation that we are but tiny, insignificant specks of dust in a universe that is utterly uninterested in whether or not we live or die? Let’s listen to some Sxuperion!

Sxuperion is the solo project of Matthew Schott, who some of you might know as the drummer for Valdur. Schott has been putting out music under the Sxuperion name since 1998. And what music it is. I’ve seen it described as “cosmic,” and that’s fitting, because the music is darker and heavier than a black hole, and their upcoming album, Auscultating Astral Monuments, is no exception.

If pressed to assign a genre tag to this, I would call it blackened death metal. It has the spirit of black metal, full of dark, menacing tremolo picking, but the vocals are deep and cavernous, and the tremolos are punctuated by bursts of technical riffing that really bring a death flavour to it. Schott also employs samples and synths here and there, giving the music a bit of an experimental feel.

All of these elements blend together to create a truly excellent atmosphere. I can easily see why some people describe it as “cosmic.” It evokes cold, unfeeling, frightening space. The final frontier that humanity was never meant to explore. The guttural vocals in particular work very well together with the downtuned riffs, creating a nearly palpable aura of menace and dread. That, combined with the higher guitar parts that weave throughout, makes the music quite eerie sounding.

The first track, “Astral Silence,” showcases all of these elements, giving the listener a good preview of what’s to come. And that highlights an issue I have with the album: All the songs tend to sound the same, with very little to differentiate them. They do what they do very well, and it is an overall enjoyable listening experience, but there are very few surprises here. However, this is somewhat mitigated by the album’s fairly short runtime.

In general, this is a very good album. It does what it sets out to do, I believe, which is to create that atmosphere. And having just said that the album tends to blend together, the technical riffing that Schott employs throughout does bring some variety to the music and keep it from being just another run-of-the-mill black metal album.

This band reminds me of a more technical Autokrator. Same frightening atmosphere, same effective combination of downtuned guitars and vocals deep enough to rattle your bones, the same use of samples. If you like Autokrator or any of the bands on the Prava Kollektiv label, you will definitely like this.

Auscultating Astral Monuments by Sxuperion is released today, 18th June. You can grab it from Bloodymountain Records for as low as $2.