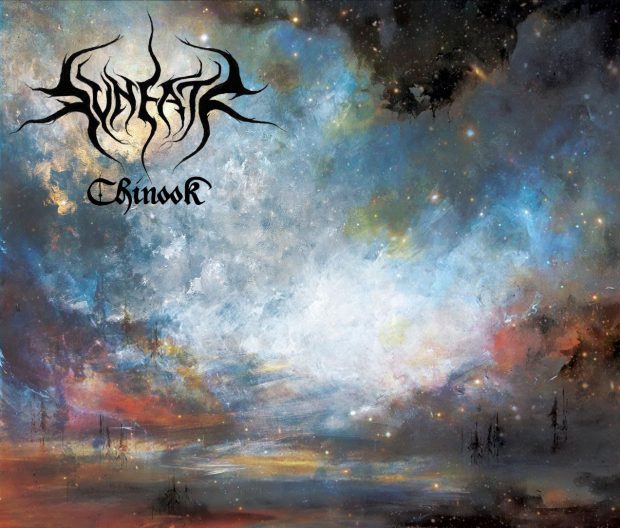 There are many who would disagree with my opinion that black metal is at its most interesting when it veers away from the tropes that made the genre famous. But they probably still wear bullet belts and take purposefully grainy photos in forests, so who cares.

Look, I’m a sucker from raw black metal sometimes too. As I write this I’m playing my Geister vinyl. The truth is that the roots of black metal lie in transgression and exploring the extremes. This is precisely why some of the genre’s most well-known and respected artists and bands have continuously and slowly evolved their sound. They were not being “black metal” they were black metal.

The likes of Ulver, Enslaved, and Ihsahn (with Emperor) produced seminal black metal records but have drastically shifted direction over the years. They all understand that thinking like everyone else is not thinking, it’s imitation. The press release for Chinook, the second album by Canadian black metal outfit SVNEATR, notes that this will of interest to fans of Opeth, Darkthrone and Enslaved which already hints at why I kicked this review off the way I did. 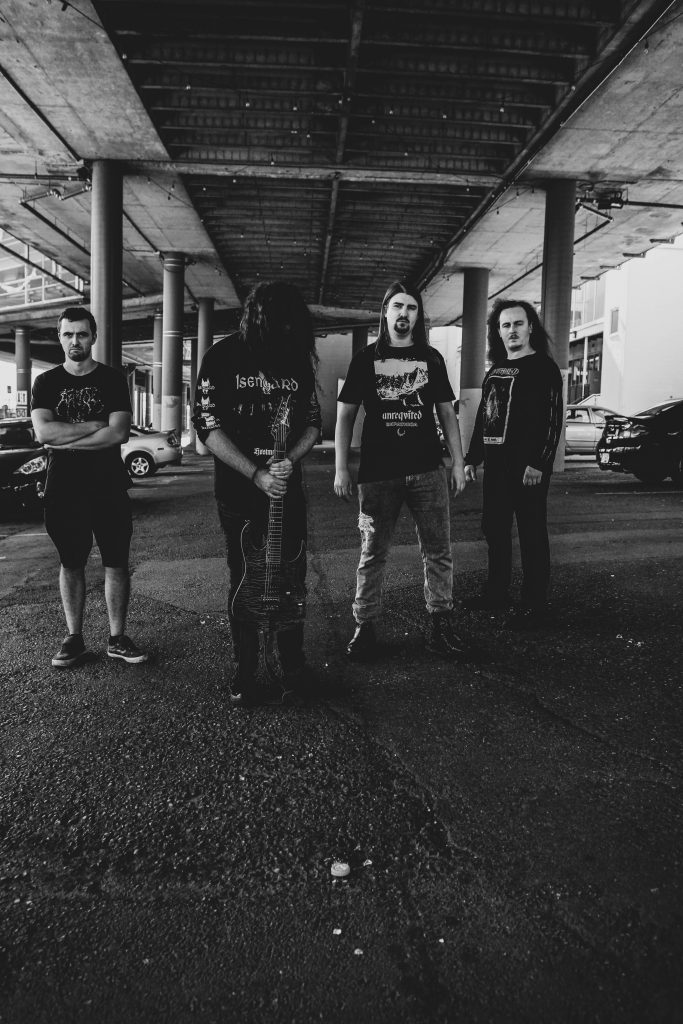 At times it sounds like they are trying to be black metal Opeth. This doesn’t always come off but it’s great to hear proggier elements in a black metal context, especially in the songwriting and composition such as throughout the song Lavendar where these influences are most keenly felt. There are also driving melodic doom sections that are reminiscent of The Woods of Ypres, minus the sincerely miserable lyrics.

I’m also getting hints of classic heavy metal and thrash in the sound too. Throughout the six tracks on offer, we have galloping riffs and drums with extended lead playing over the top ala Metallica or Judas Priest. This is something that Wode played with as well, but SVNEATR has taken this in a slightly different direction and utilised their licks differently. At the halfway point of album opener The Wind Stirs, for example, we have some OSDM worship leading straight into a fun bass-heavy Iron Maiden-style gallop.

The rhythm section as a whole adds just enough variety that the driving riffs never get stale while also giving a solid foundation to the dual lead guitar approach the band like to attack from time to time. This means that while there is plenty of melody to go around we never lose the heaviness you would expect from a band who take liberally from the basket of goodies second-wave black metal gave forth.

The production is crisp and clear, with the bass shining through as it should with such phenomenal playing, and the nebula-style cover art is beautiful. I’m not sure how it fits in with the music or lyrical themes on the album but it looks great and makes a change from the aforementioned grainy forest shots.

If I was to criticise anything from this album it would be that while each song has a wealth of ideas that are all very well executed, I’d prefer shorter tracks, but more of them to what we have here which is six tracks spanning close to 50 minutes. The impact of the ideas the band present so well are occasionally dampened because of this. Where a prog group may return to a theme and expand upon it throughout a song numerous times, with the final iteration being the most bombastic or fantastic version, SVNEATR too often leave their themes and motifs as isolated moments in time. They are great bits, but tying them together and expanding on them later in the song would have given this album a much more rounded and cohesive feeling.

I make a point of only reviewing things I genuinely enjoy and will continue to listen to, and SVNEATR fit firmly into that category. Despite my misgivings, what the band have done here is an evolution of the sound they debuted with on The Howl, the Whisper, the Hunt and is stronger in every way. When I’m in the mood for something like Daylight Dies but heavier and blacker, I’ll likely reach for SVNEATR.