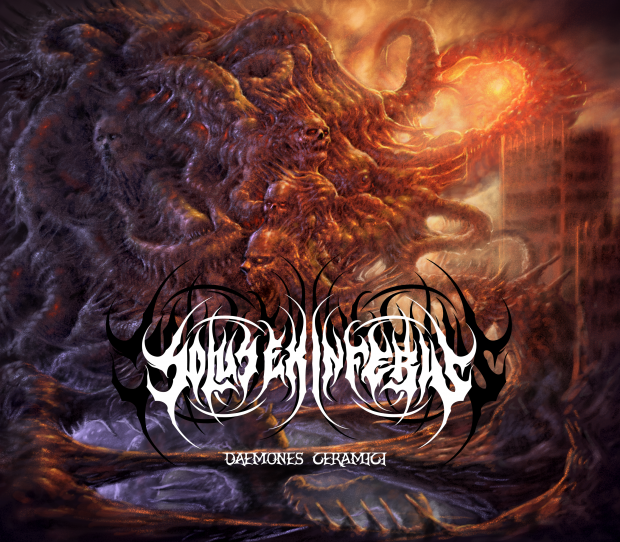 Dave Sevenstrings is a fantastic name. Let’s get that out the way first. I hope he’s legally changed this. In Solus Ex Infernus, Mr Sevenstrings is accompanied by an incredible group of musicians who are just as enamoured by Dave Suzuki as he is. In a number of ways, the students have become masters with what is only their second release, and first full-length.

The first thing you’ll notice about Daemones Ceramici as soon as you put it on is that Lord Marco is incomparable when it comes to sheer brutality. If I didn’t know how it was done I would assume this was a drum machine. I can’t imagine we will ever hear faster naturally played kick than you hear on this record. 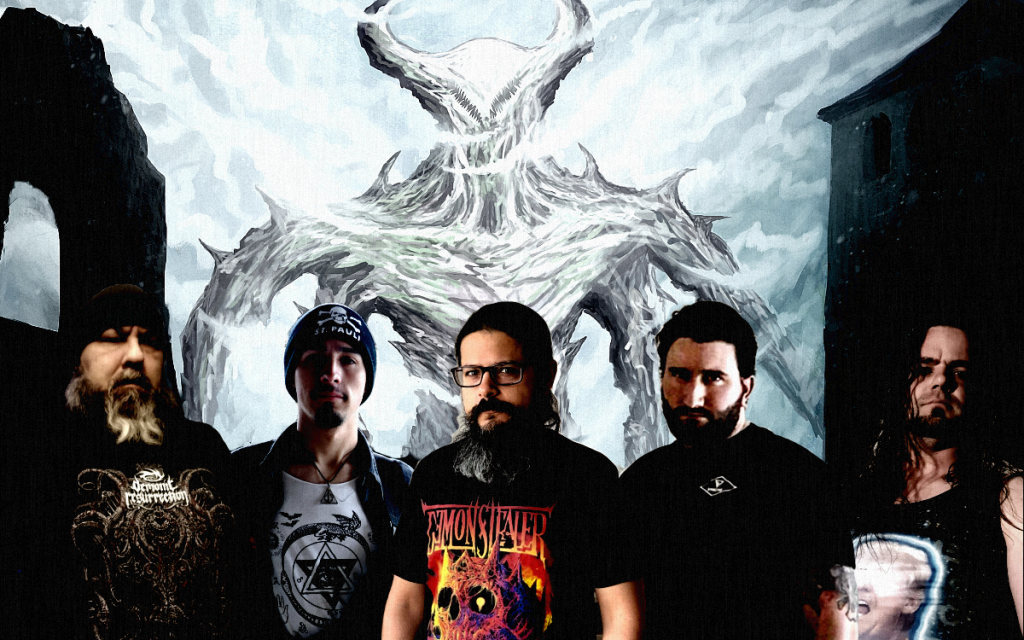 The Demonstealer himself handles all vocals here and puts in a masterful performance both vocally and lyrically. In line with the earlier Vital Remains reference, the anti-religious lyrics are bang on brand. In this case, they are more “anti-religious zealot” than anti-religion but this is a strong angle to take, especially considering the “hypocrisy and hatred fueled by religion” that shows no signs of dissipating right now, as vocalist Makhiki puts it.

The guitar is just as unrelenting as the drums. From what I can gather, this is the driving idea behind the project. This is where the Psycroptic influences come in. Imagine, if you can, We Were the Keepers crossed with Dechristianize. But played faster. Dave specialises in writing catch tech-death riffs and playing them faster than almost anyone else in the scene. This is an incredible feat on its own. Fortunately, it’s not just fast for the sake of it, as is actually listenable and enjoyable too.

A note on that word “enjoyable” though. I never thought I would say this but this album pushes the boundaries of how brutal music can be for me to enjoy listening to it. The inhuman kick and gravity blasts are unrelenting to the point of taking the focus off some incredible musicianship elsewhere. I sympathise with how hard it must be to balance this sort of performance behind the kit with the rest of the band also putting in performances of their life.

Still, I feel the band understand this from the listener’s point of view, ensuring this whole album is done and dusted before the half-hour mark. It arrives with a bang, beats you up and leaves you confused in the dust bleeding from the ears. If this sounds like a good time to you, then grab this asap. I promise you there is no hyperbole in my saying this is possibly the most brutal, inhuman death metal I have ever heard.

Daemones Ceramici will be released on 9th July. You can pre-order it here.

Thank you so much for the kind words, We hope you truly enjoyed the album, and already working on an even more insane follow up.

My pleasure! I have no idea how you can make music more insane.