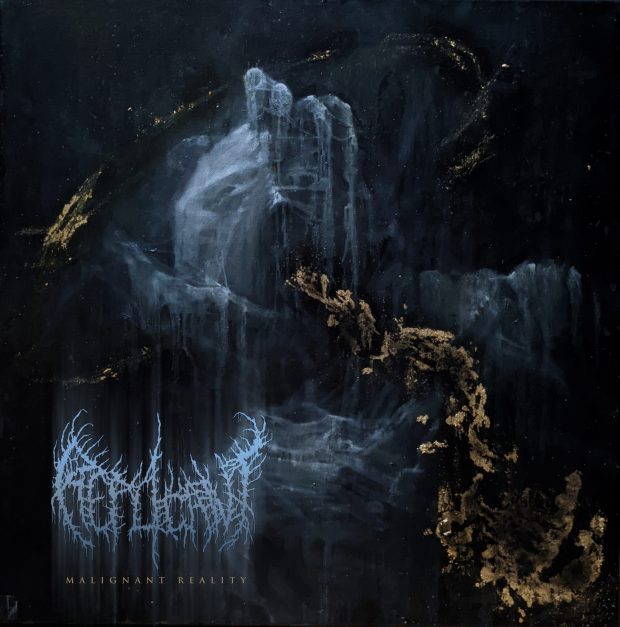 In the modern death metal scene, you’ll actually find far more variety than the naysayers would have you believe. Not every release lazily copies and pastes Bolt Thrower riffs together. Sure, it may have not been my thing but Cannibal Corpse have taken the CC sound and evolved again with the introduction of Erik Rutan, and there are newcomers (to me) such as World Eaters taking that old school DM sound into the modern day. Then there are bands such as Beyond Grace and Replicant who liberally pick from across the extreme metal spectrum to create their own ideal death metal.

Replicant is a band that has decided the best way to create their own unique sound is to take all their favourite pieces from across the death metal world and throw them together. Malignant Reality is the band’s 5th release and 2nd full-length. Pulling in discord, melody, groove, and straight-up caveman shit while keeping a somewhat technical approach means they are trying to cover a lot of ground across the ten tracks and 48 minutes presented here. So going into this review, I wanted to answer the question: Can they pull it off? 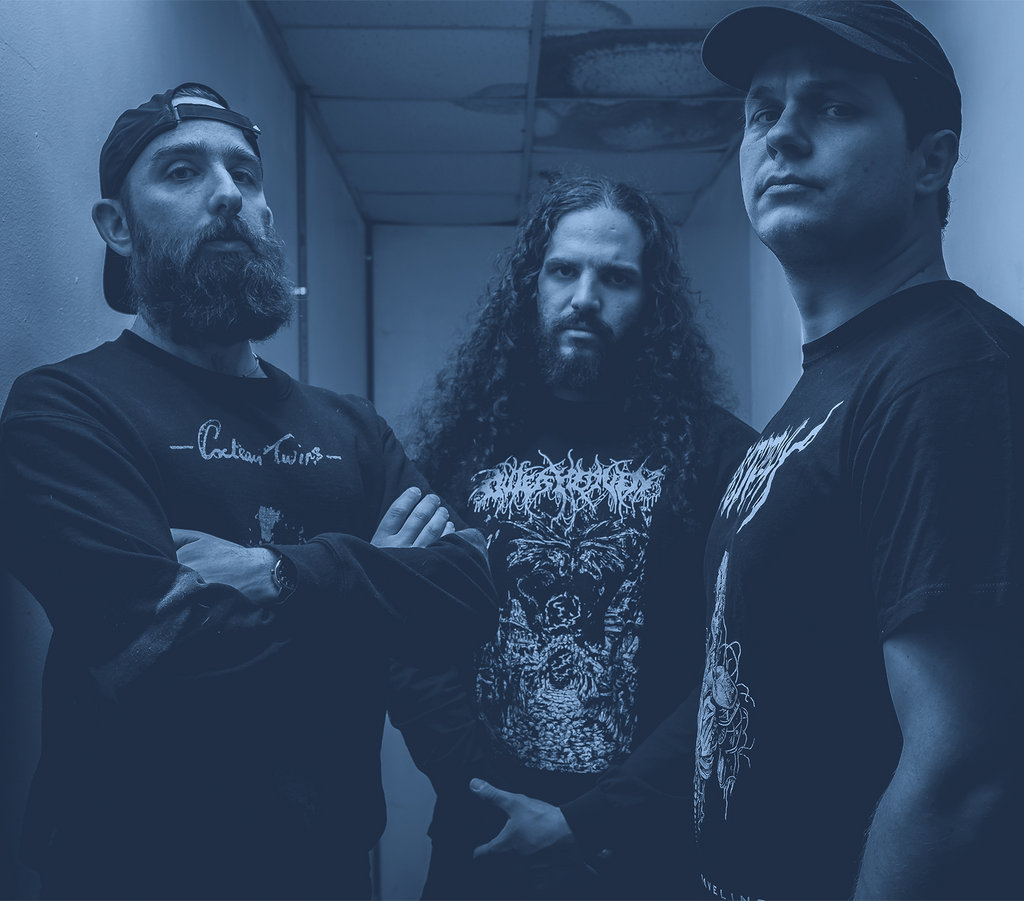 There’s no need to keep up suspense here. Replicant absolutely pulls it off. But change a few things here and there and it could have been a very different story. For example, if the production wasn’t sensitive to the pummeling that Mike Gonçalves gives his bass, some of the outstanding runs he throws in out of the blue would be lost in the mix.

Mike’s bass also does a lot of heavy lifting to cover for the predominantly single-guitar approach taken here, such as on the Gorguts style midsection on Death Curse. The meaty low-end, if not treated with care, could have been overpowering, or just as easily have gone missing completely. Thankfully the mix has this bang on and we hear exactly enough.

The same could be said for the drumming. While James Applegate’s drumming does not stand out in the context of the genre it doesn’t make his shift here any less impressive. Let’s be honest, any time a drummer sounds indistinguishable from a machine it’s an outstanding feat of power, control and technique. But what Applegate offers here, that is again perfectly balanced in the mix is a combination of straightforward blasting and death metal drumming, providing context and clues for the listener and driving things forward when the guitars go off and do their own thing as well as more technical playing to keep drum nerds like me happy.

Replicant has been billed as “semi-technical death metal”, and before I heard them I wasn’t sure what this meant. One way you could interpret this is that while you can headbang along to the riffs they serve up in abundance, the structure and composition of the songs means you’ll repeatedly be pleasantly surprised, meaning you’ll maintain interest across multiple listens.

Despite, or maybe because of the “semi-tech” approach, there is a lot of room for groove. The intro to Excess Womb is a great example of this groove, as is the song Extoskull. Here we have a strong but typical death metal opening which makes way for a savage, technical yet groovy passage that had me pulling a stank face and rewinding the track multiple times.

I feel a little bad noting this here but the track names are bizarre. Excess Womb? Chassis of Deceit? Even the album title is vague and seemingly without meaning. If it seems like I’m scraping the bottom of the barrel for negatives, you might be right. But I do have a couple of genuine hangups, too.

In truth, a number of songs tend to bleed into each other, making it sometimes hard to tell if you are on a new track or we’ve just hit a pause for impact.

I also feel that Replicant has front-loaded these tracks, meaning each song starts with catchy or memorable moments but there are too few for me through the rest of each track. This is only a negative if this is what you demand from music – some people are happy just getting blasted in the ears for 40 minutes.

Finally, I really love the variety of screams, growls and howls Mike gives us. Death metal fans are familiar and comfortable with a wide range of approaches to vocals, and the screams and growls will likely be fine, but I think that the howls might be a sticking point for some.

Replicant is so very close to creating a modern death metal masterpiece. Malignant Reality, in many respects, is a great album. With some small changes to their approach to composition, I suspect the next Replicant release will compete for AOTY. Malignant Reality isn’t quite there, but it is still one of the best death metal releases this month.