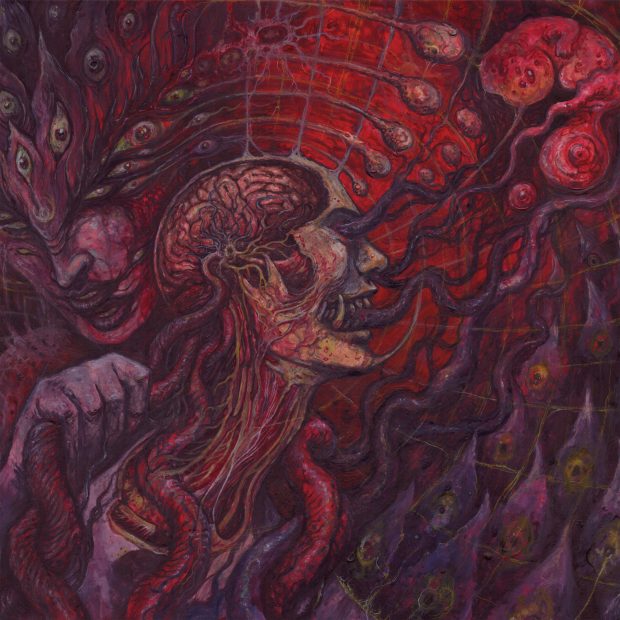 If you have never heard of QRIXKOUR, don’t worry because neither had I until this promo dropped into my inbox. The press release tells me that they formed in 2011 and have released a few demos prior to this, their debut album. Despite only having demos to show, they still bagged a slot touring with Blood Incantation.

Everything about this release is weird. It’s billed as the group’s debut full-length album but it contains only two songs. Their name is almost unpronounceable. The album title refers to a visual disorder where a person sees things that are not there following damage to the eyes or brain, but I can’t work out what poison palinopsia would be. It’s 48 minutes long. The press release gives me almost no useable information. But I’ve still listened to the full thing numerous times out of choice after I took all the notes I needed to for a review. Why? 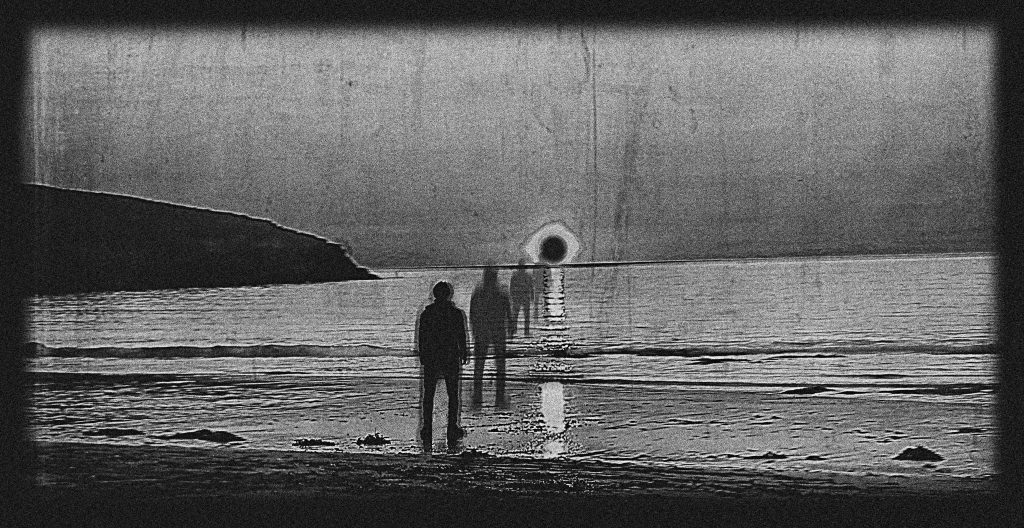 Well, primarily because this album is nightmare fuel but in the best way possible. Horror movies often disappoint me because the genre doesn’t offer the unsettling and frightening experience I’m usually looking for. I have found this in music recently, however. Last year’s Melinöe saw Akhlys match suitably oneiric subject matter and music, for example. This year, QRIXKOUR has given us another.

A number of elements go into making an unsetting black metal record, and QRIXKUOR ticks a lot of the boxes. It is not without negatives, but let’s go over what makes Poison Palinopsia such a terrifying record first.

Your first impression might be influenced by the cover art, a brilliant representation of palinopsia. Reducing the subject to muscle, sinew and nerves, artist Daniel Corcuera has depicted visual hallucinations as an extension of an external demon working its way through the self. This tortured individual is struggling to escape the tentacles and infinite web of eyes and demon spawn sacs. Even that sentence feels a little unsettling.

If like me, you expected to hear a big chunk of ambience or noise to fill the frankly intimidating length of each song then you would be a fool. Like me. Almost every minute of each 24-minute song is an unrelenting, swirling maelstrom, complete with unpredictable shifts in composition and instrumentation. Demonic vocals, unrelenting drumming and buzzsaw guitars all contribute to the dangerously hypnotic quality of QRIXKOUR.

I’ve talked about how punishing and unrelenting this music is but there are moments of reprieve. These feel like a parting of the clouds; a sudden break from madness where you can see everything clearly again for a short period. Everything is tinged with sadness and an almost tangible melancholy. One such passage acts as a psychopomp and bridges the gap between the two tracks beautifully.

All of these things could be viewed as negatives, and if the band had messed up and added things in the wrong quantities this would have been a horrible messy disaster of a cake. Instead, I think QRIXKOUR just pull this off. I still think a 48-minute two-track debut album with very little in the way of letup is a dreadful idea and it’s not something I would have the courage to attempt. If you have the courage to attempt a spin of Poison Palinopsia, make sure you avoid doing so late at night in the dark before you go to bed.

QRIXKOUR will release Poison Palinopsia through Dark Descent (US) and Invictus Productions (EU) on 13th August. You can pick it up here.