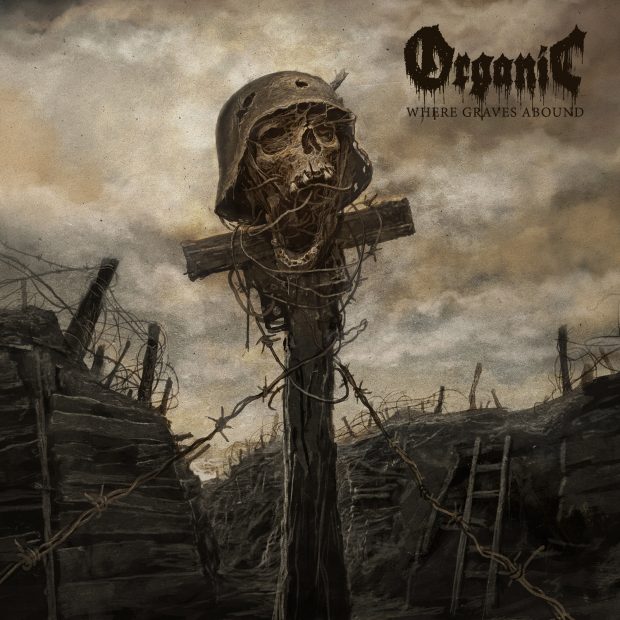 Just months after Fulci collectively devoured the metal scene with the incredible Exhumed Information, fellow Italian death metallers Organic are here to scavenge what’s left with their latest release Where Graves Abound. The follow up to 2018 release Carved in Flesh, which beneath its ropey production and criminally underwritten tracks ultimately showed signs of promise. 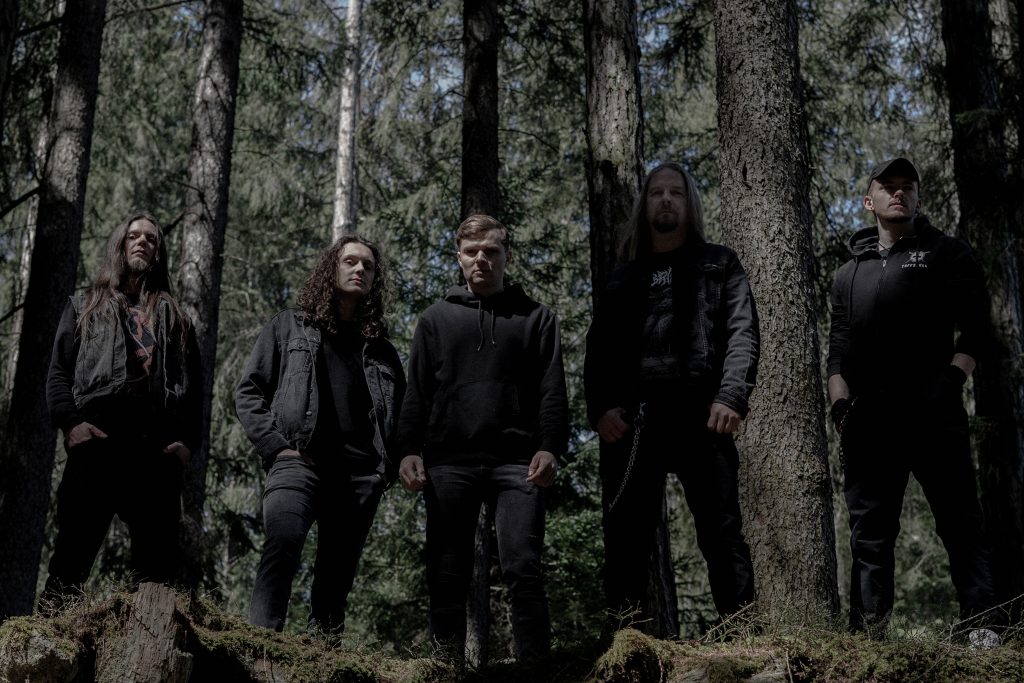 Where Graves Abound, thankfully avoids the same issues and gives us a more polished, accomplished record. We still get nine tracks as we did on the previous release but at 12 minutes longer it feels a huge difference. More focus has been given on the instrumentation this time and longer track run-times allows songs to be given a foundation and crafted into something more solid as opposed to the quickfire pacing of the previous release. That being said the frenetic nature of Where Graves Abound barely gives you time to breathe, it’s a machine gun melee with multiple styles of metal in each song.

The theme of war anchors the record and puts the listener on the frontline of the chaos. Organic enter the battlefield in a tank of monstrous riffs, seismic drums and thick bass which is the glue that holds this juggernaut together.

Opening track Ropedragger with its jarring choral intro is a taste of things to come in terms of sheer ferocity and pacing of the LP. Waste Monolith continues the barrage for just under 2 minutes until it breaks down and staggers around giving some brief respite before launching into a devastatingly chunky groove-laden riff which will almost certainly leave you head banging before we get a huge vocal battle-cry-like roar which signals the final blackened onslaught of the track. Easily one of the high points.

Schizophrenic Execution, the longest track at over 6 minutes is easily the most complex. It opens with doomier elements which ultimately tones things down momentarily before an intro which is very similar to Slanderous by Machine Head enters before going back to a faster pace with some melodic almost Middle-Eastern inspired notes. The back end of the track features guitar work which has a hugely Swedish influenced sound and overall makes for a hugely packed track with a lot to digest.

The drummer Lukas Hofer is the star of the show and certainly provides the heavy artillery, his sound is perfectly placed above the sometimes overly fuzzy guitars and he really stands out on the title track with some incredible fill work.

Aside from the feedback and fuzziness the guitars really get going when they have some direction such as thrashy, groove based riffs to sink their teeth into “The Howling” is a perfect example. Then hints of a more Blackened tremolo style “Caged in a Tomb” and more of the Swedish/Melo-death influences “Fall,Rot” outside of that the distortion can get a bit repetitive. Vocally Maxi Careri is a powerful presence with his well-rounded guttural tone and gives a stellar performance.

This is a relentless record which does not let you go for the duration. The early to central part of the record are where it shines brightest with some really well written tracks, generally the longer the track the stronger they are.

It does all become a bit familiar, like you are covering the same ground towards the back end, largely in part due to the guitar tone. But in a year that’s seen some really good death metal releases, this is a fine addition with more punch and groove than the ever popular cavernous or sewer dwelling sound. So if you want a loud, head-banging rager Where Graves Abound is the record for you.

Where Graves Abound by Organic will be released by Testament Records on October 22nd. You can pre-order it here.