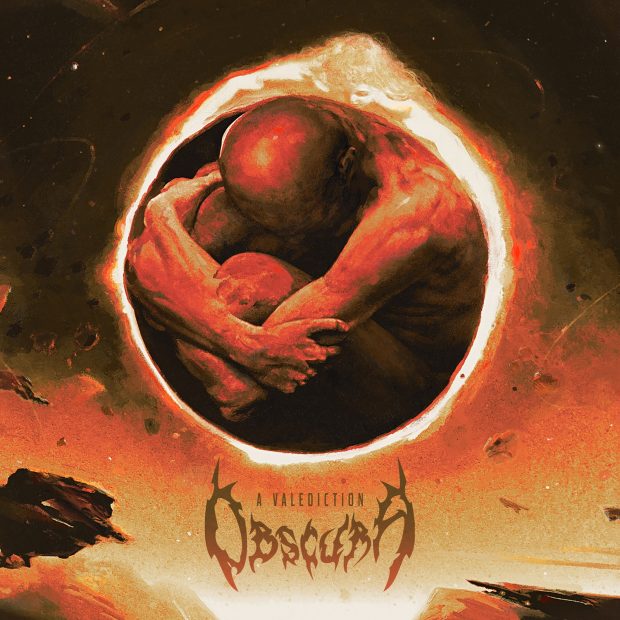 Technical death metal is an interesting genre and one that, quite often, is difficult to penetrate. Thousands of notes that defy logical scales, clustered into lightning-speed jazz rhythms with vocal patterns that sound like they could be played backwards, forwards and maybe even sideways and it wouldn’t make them any more accessible… Truth be told, it can be borderline unlistenable, even though it’s clearly the work of virtuoso musicians.

Germany’s Obscura has been doing this stuff for nearly 20 years and has developed from a band emulating their heroes – mostly Death and Gorguts – to one with their own voice that’s amongst the strongest in the genre. Having wrapped up a four-album sci-fi concept opus with 2018’s Diluvium, it looked like they might have hit critical mass and ran out of ways to evolve. However, three years and one massive line-up shake later, A Valediction hits shelves and finds them on rejuvenated top form, sounding like a whole new band. 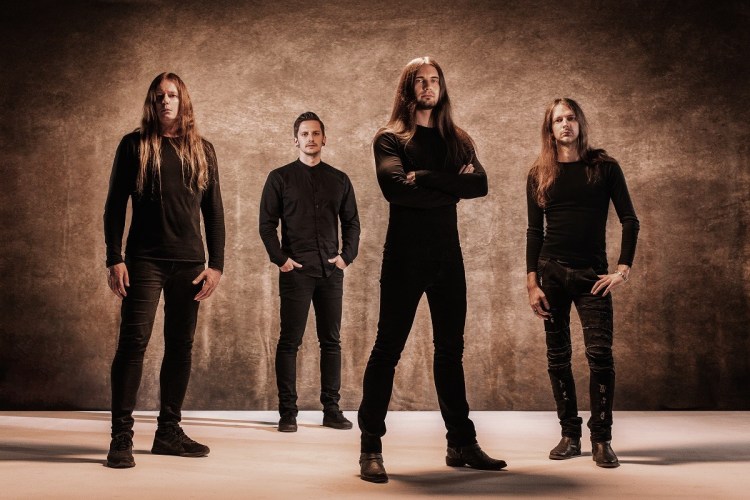 Extreme metal has always been locked in a wrestling match between authenticity and accessibility. There’s a purist school of thought that suggests only the most intense, complicated and alienating music is ‘true’ and that introducing any concessions to listenability is selling out and basically becoming Bon Jovi. Obscura, with A Valediction, feel like they’ve hit a perfect balance that may break the deadlock. Only the criminally insane would call this a populist record but, at the same time, it is filled to bursting point with brilliant hooks and choruses, the likes of which are scarce in tech-death.

The technicality on display is as dazzling as ever, as Obscura lay waste to every time signature in the book, pack their songs with neo-classical riffing, jazz bass picked at inhuman speeds and blastbeats that sound like you’re being brained by falling space junk. But, mixed in with all this is a sense of genuine beauty. There are twin guitar harmony solos here that are absolutely gorgeous (bringing in returning guitarist Christian Muenzner’s power metal influences). There are actual choruses in most songs that lend a satisfying order to the chaos. Every time you think it’s spiralling out of control, it pulls back in a way that makes you want to punch the air with joy.

There are moments of calm where they slow things down for a thrash passage (In Adversity) or an acoustic interlude (Forsaken) and it’s impressive to hear them wield these seemingly simple tools so effectively. Bjorn “Speed” Strid is brought in for a guest vocal on When Stars Collide (the catchiest and most upbeat track on here) but otherwise, Steffen Kummerer serves up seriously grim shrieks and growls throughout, with brutal gutturals coming to the fore on Devoured Usurper. These vocals give it an emotional core that makes it feel powerful even when some of the lyrics are a bit of a mouthful (“I recall their bitter afterglow, illusions and visions designed / Their eagerness seduced, neurotic fears entranced, their power of volition deranged” – phew!).

A Valediction feels like it will delight tech-heads, who can’t fail to be awestruck by its complexity but also reach an audience beyond the hardcore through its sheer strength of the songwriting. Definitely worth investigating even if the band and indeed the genre isn’t usually your thing. And if it is? Well, just enjoy the next level. It’s arrived.

Obscura released A Valediction through Nuclear Blast on November 19th. You can pick it up here.