Necronautical – Slain in the Spirit 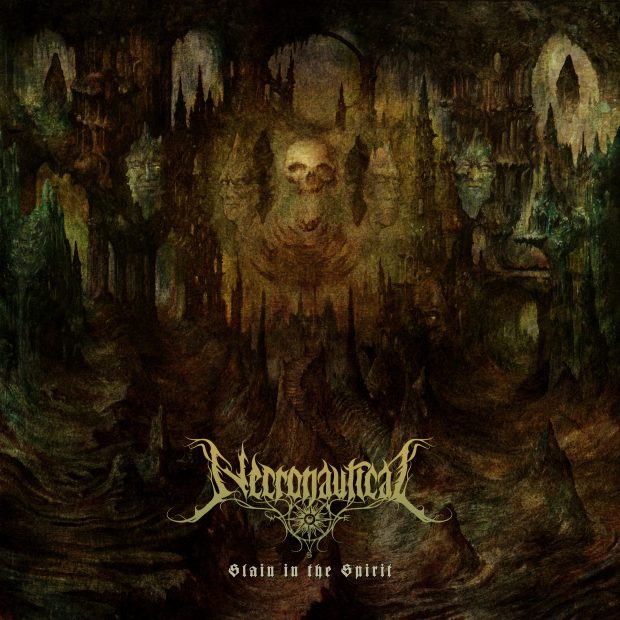 In what he referred to as a “revolutionary suicide”, Jim Jones convinced close to 1,000 people to either kill themselves or to kill their children and then themselves in 1978. It took the young children and babies less than five minutes to die once cyanide had been squirted in their mouths. The adults had to look at the dead babies and children all around them for another 25 minutes before they too passed away. Jones had lured these people to Guyana under the guise of creating a socialist commune focused on living the tenets of the Peoples Temple – a combination of Christianity, communism and racial equality.

From 1974, when Jones agreed to lease land from Guyana up to the infamous mass murder/suicide know as The Jonestown Massacre, Jones had, by any objective measure, become so physically and mentally ill that you may think that the suggestion of mass suicide should have been seen as what it was: insanity. Even if their lunch of grilled cheese on toast has been laced with sedatives, not unlike tricking a dog to take their medicine by pushing it into a sausage, why did 909 people, including 304 children, die?

The psychology behind cults and their charismatic leaders is well-studied and of huge commercial value if the numerous books and documentaries are anything to go by. We know how cults work and how people can be convinced to believe and do terrible things. Yet they keep happening. Part of the reason for this is the malleability of suggestibility under group conditions. Some of the people who manipulate this basic human trait do so after coldly studying different methods to do so, but others come across them accidentally, through ritual magickal practices for example.

This trance or hypnotic state that is often reached through the words of a charismatic leader is only one of the topics covered on the new Necronautical record Slain in the Spirit. For their fourth full-length the black metal quartet dropped the corpsepaint but picked up a more philosophical approach to writing, accompanied by embracing the more grandiose elements of their sound. If I was more charismatic, I would have you hooked by now but I’m no Jim Jones so I’ll have to hope that you are invested enough in finding out if opening this review with 400 words on The Jonestown Massacre was so worth it that you keep reading after this jump. 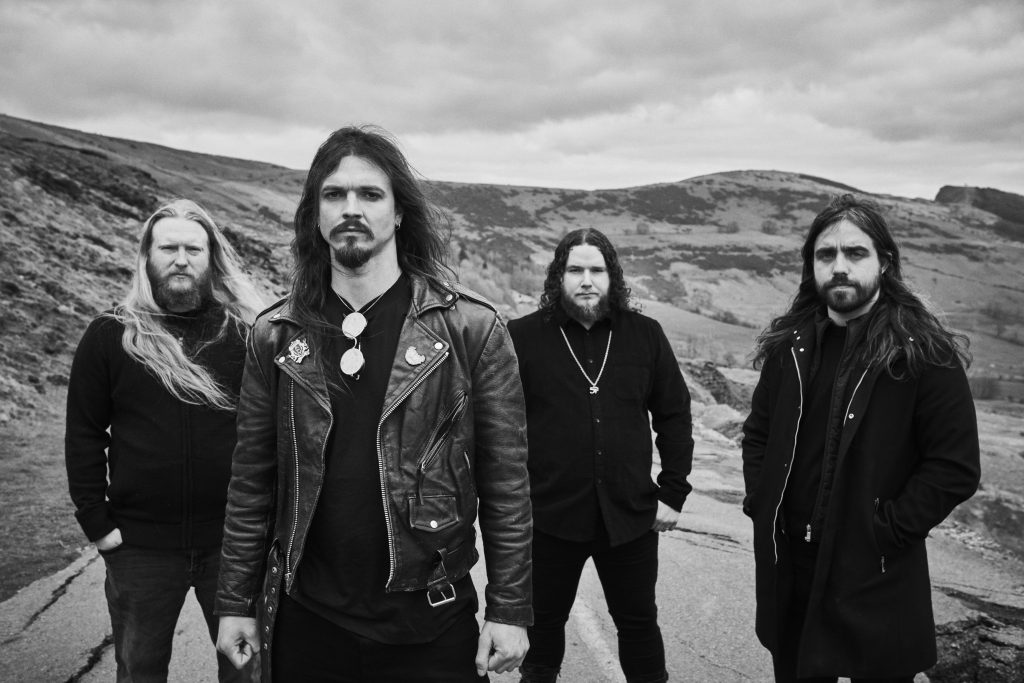 Saying the band have become more philosophical when their previous album cited Neitzche as an influence is a stretch, sure. But a big pull for me when I opened the promo email was that the band decided to look at all aspects of death and dying from a very detached and rational point of view. They ask questions like “why do you get super high when you die?” and “what was going on with Crowley and how did he induce a spiritual altered state of consciousness?”, and while those are questions we may all ask ourselves from time to time after a lot of weed, they aren’t standard topics for black metal. Over the course of nine tracks, Necronautical explores such themes to a soundtrack of Emperor-style black metal.

It’s unfair to be so reductive, but the Norwegian influence is still strong with Necronautical’s style. What’s really fun are the ways they play with this and mix in death influences to create their own sound. The second track Occult Ecstatic Indoctrination showcases this well. While the majority of the track is reminiscent of Behemoth at their strongest, with riffs coated in an ethereal and haunting synth we also get treated to two very melodeath solos. The genre-melding is subtle but makes a huge difference. I love extreme music as much as the next self-hating nerd but moments like these, sprinkled through each track, offer a change of texture and disrupt your default headbanging to yet more tremolo and blastbeats.

This sort of tactic is used in reverse too, with tracks like Death Magick Triumphant and Slain In The Spirit lulling you into one set of expectations before blasting your brains out. These are the kinds of tricks that make any music fun but especially so for a band in a genre that so unashamedly revels in its own stereotype of not being able to move past the sound of its originators.

Despite being musically and thematically extreme, everything really flows well together. There are no abrupt shifts in style or tempo that would otherwise make no musical sense, despite pulling off musically interesting segues such as you’ll find in Occult Ecstatic Indoctrination where the band move between 3/4 or 6/4 and 4/4 time signatures comfortably and without the listener noticing unless they are paying very close attention instead of just nodding along as I did for my first few listens.

The final minute or so of Hypnagogia alone is enough to push this point home, with Necronautical doing their best Ghost Reveries-era Opeth impression despite apparently being a *checks notes* black metal band.

What Necronatical offer here isn’t just great fun, it’s a huge step forward for the band and should be more than enough to see them step out of the dreary, cold confines of just being “black metal” and transcending that label entirely. Sure, what is on offer here is rooted in black metal, and they are very good at that, but by colouring outside the lines, they have produced an album that demonstrates the creativity and musical talent they have only hinted at before now.

I realise I’ve not talked about what Chris Fielding at Foel Studio has added to this, the band’s incredible decision to bring in a professional soprano in Victoria Harley, and have completely failed to mention the closing track, a cover of Slayer’s Disciple which may be even better than the original. But we all make choices, whether that be to speak in tongues to fit in with our new Pentecostal buddies or write about cults for almost half of a music review and I’ve made mine. Hopefully you make better choices in life, starting with buying this fantastic album.

Necronautical’s Slain in the Spirit will be released by Candlelight/Spinefarm on Friday 20th August. You can pre-order it here.