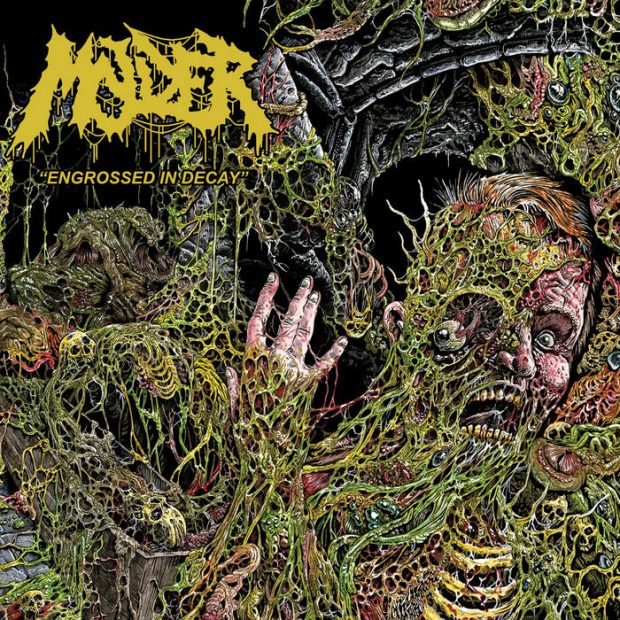 All it takes sometimes is a brief glance to know that some thing you is going to be utterly disgusting will be at the same time an absolute joy – I make no bones whatsoever here, Illinois-based Molder attack as if they’ve be cast in a remake of Argentino’s Demons. 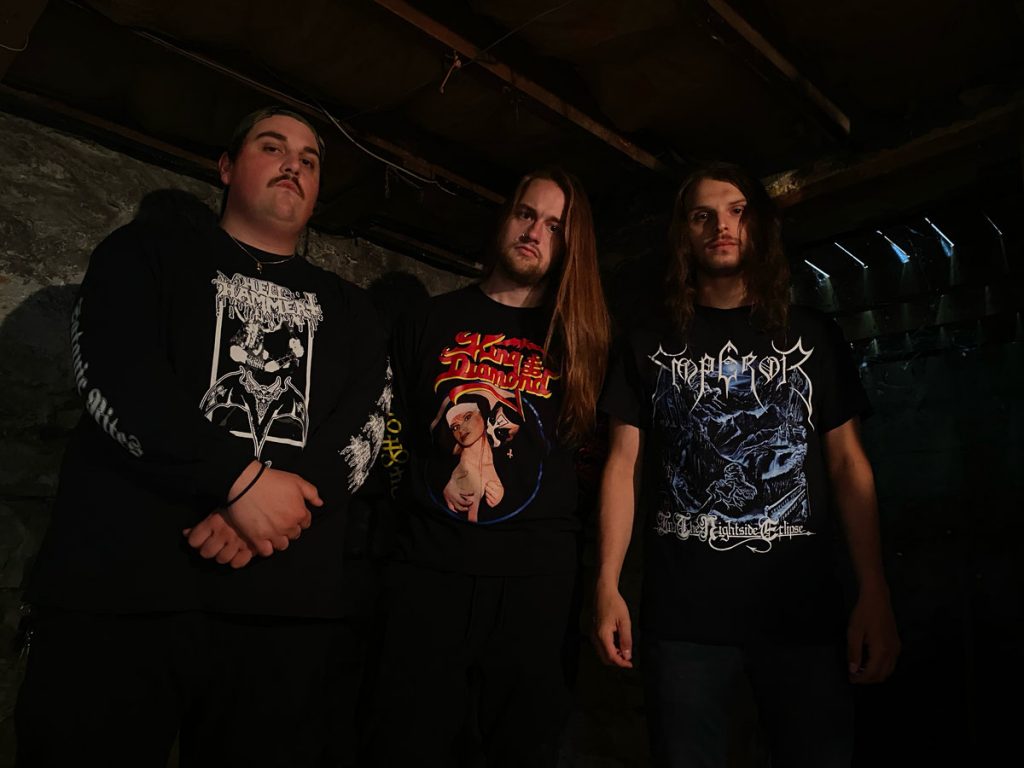 Immediately from the outset, or should I say outbreak, opener Glutinous Remains is served up with enough savagery that I wonder how much room will be left for the rest of this album, it’s at this very moment that the band fire into title track Engrossed in Decay and my question is answered – Zombies want brains but these boys want to rip it straight from your skull still warm.

The outbreak style intro to Relentless Pestilence adds a nice element that really gives the track another dynamic which is followed perfectly by Chemically Dissolved which for me has to be the highlight track of the entire album.

Even more horror gets injected into Disinhumed Carcass Revived with its ominous introduction, a welcome tempo change in the form of the Huff the Stench shows the band deliver the grotesque even if it’s slowed right down to the speed a corpse being dragged if needed.

Normal service once again for both Unsubstantial Hallucinations & Ghastly Mutations don’t prepare me for the albums inevitable end, firstly we get a grisly news report littered with riffs in the form of Decomposed Embryos and not to be outdone – final nail in the coffin Cask o’ Maggots oozes out to end what has been a skull splitting experience but one that I’m immediately ready for again.

Molder started with a mutual love for metal and a mutual understanding of failure,” says Molder headsman Aaren Pantke. “After the demise of other projects featuring Dominic and myself, we figured it was time to get to our own thing. Bonding through metal shows, ‘70s/’80s flicks, and collecting classic metal cassettes, we found ourselves immersed in the culture and started our own band. Winter 2018 officially marked the band’s start with our first demo, An Act of Revenge.

We’ve had a slew of demos, live shows, and lineup changes since, but now we’re stronger than ever now that we have Kyle and Carlos from Cryptum. In a world of diverse people, it was refreshing to find others who would smoke weed, drop acid, drink some beer, and listen to death metal cassettes with us.”

You can check out Engrossed in Decay by Molder via Prosthetic Records here.