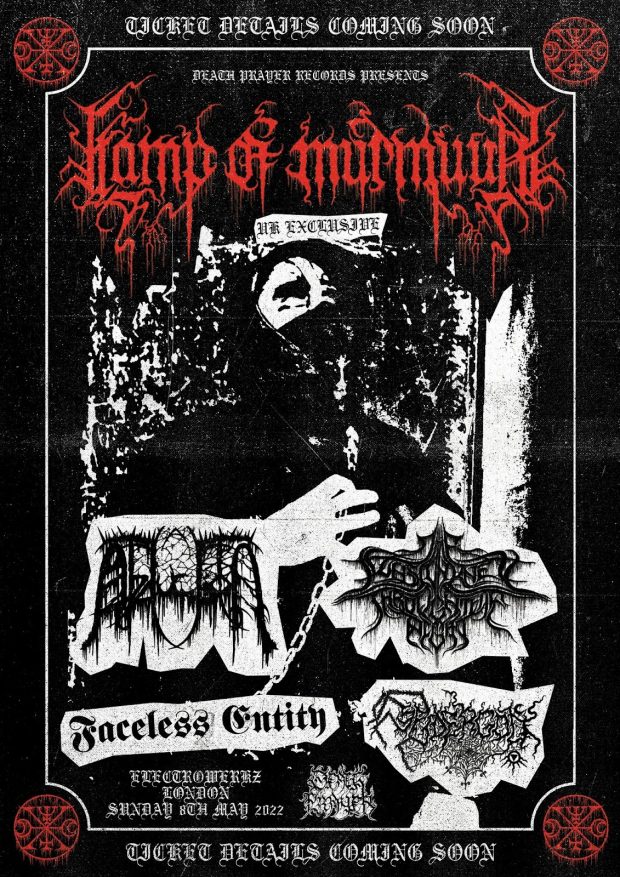 So here it goes – to say I was excited about this show would be an understatement, from its initial announcement to the furious pacing on the day the tickets went on sale to the feeling like Charlie Bucket knowing that I had a ticket and clearly, I wasn’t the only one as it seemed the show sold out incredibly fast.

So why all the giddiness I hear you ask?  quite simply the UK Exclusive show of the enigma that is Lamp of Murmurr also, the show was put on by a label I have been fond of for a long time and have made frequent purchases from Death Prayer Records.

The show had 5 bands in total:

The Sun’s Journey Through The Night 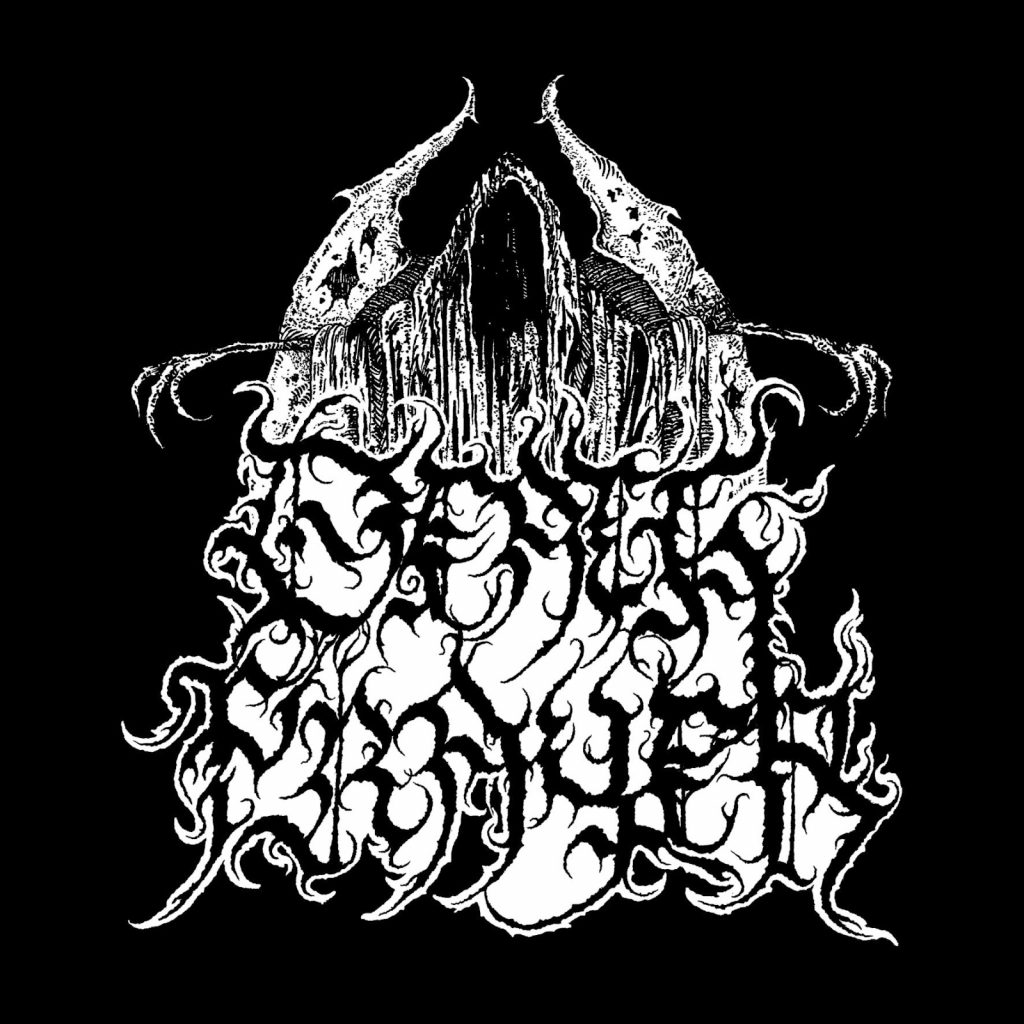 For all the bands on the bill with the exception of Abduction this was their debut live performance but this was the first time for me watching Abduction so the whole night felt like a night of firsts and from the very moment opener Spider God took to the stage the room filled up and felt like it never emptied, the atmosphere was phenomenal and the anticipation palpable throughout.

Faceless Entity’s set was flawless & I was totally captivated by the showmanship of The Sun’s Journey Through The Night, Abduction took no prisoners – I’ve even gone back to watch their performance a few more times and it’s felt like a workout every time.

So that just leaves the headliner’s Lamp of Murmuur – by this time I had seen old friends, made new ones, had plenty of beer and was extremely contented. I had even found a great spot at the side of the stage to watch them that even had a little bit of breeze at that moment I honestly wondered if the night could get any better – The red lights went up and Lamp of Murmuur opened with Wail of The Crescent Moon Light and I couldn’t believe my luck as it was perfect and all the hype the band get is fully deserved!

Everybody involved in running it, including the merch table (which was swamped), was so courteous and helpful that it just added to the enjoyment of the evening as a whole. The label teased afterwards that they might do another event next year and in all honesty, I can’t wait as it was honestly a night that I won’t forget in a hurry and feel that everyone in attendance was part of a very special night.

You can check out the artists on Death Prayer Records  here