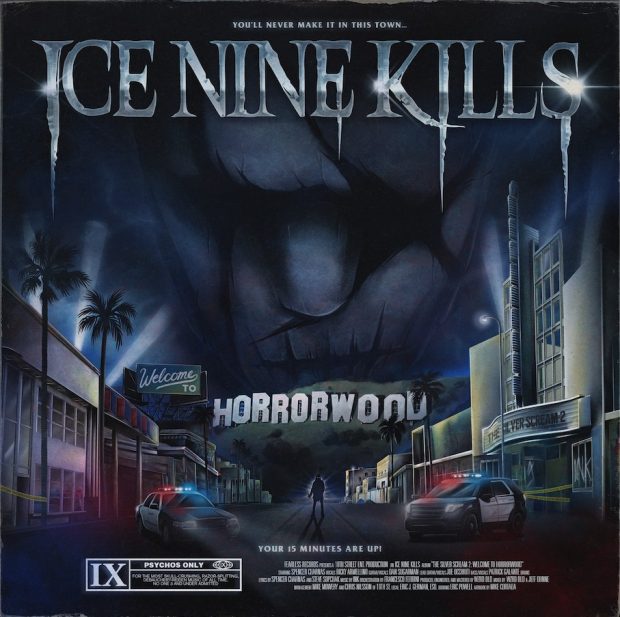 In the movie industry, outside of the financial gains it can garner, a sequel is generally a risk. It can undo all the hard work and reputation of an original film and leave fans with a sour taste after a cheap cash-in by a production company. On rare occasions though, you can surpass the original and create something which gives rise to an entirely new franchise. Terminator 2 is the greatest example.

Why am I talking about movies and sequels? East-Coast metalcore outfit Ice Nine Kills are releasing a sequel to the 2018 Hollywood Horror-themed record The Silver Scream. The idea of which, was to create songs around popular Horror films. An ambitious project which delivered on its cinematic rock opera aesthetic and cemented the band as one of the most creative and unique bands in the genre. 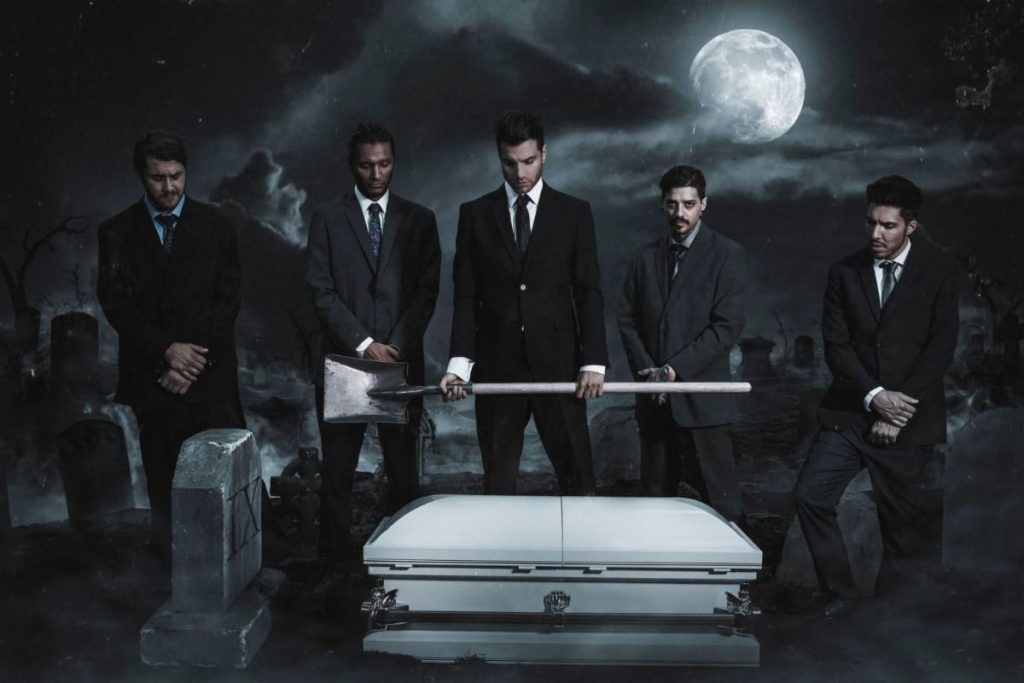 The Silver Scream 2: Welcome to Horrorwood is the 14 track sequel continuing the cinematic basis of horror movies. In the “found footage” introduction we get the explanation of the record being uncovered by a homicide unit officer investigating lead singer Spencer Charnas and the brutal slaying of his fiancée. Thankfully the tongue is firmly planted in the cheek.

With the band not taking themselves too seriously, it gives them license to incorporate a wide range of horror movie tropes and other stylistic clichés without coming across as too cringe-worthy or juvenile. Children’s nursery rhymes, insults and music boxes are the soundtracks to the Child’s Play inspired Assault & Batteries.

With its catchy chorus and Chucky style spoken-word dialogue the song perfectly captures what the band are about, which to me is well written clever songs, strong musicianship and a band who have found their audience and are fully taking advantage. Catchy sing-along hooks are littered across this record with Welcome to Horrorwood the biggest culprit and despite being the only song not linked to a specific movie it is easily the strongest track.

Producer Drew Fulk whose credits include Motionless in White, Wage War and A Day to Remember, furthers his reputation as one of the top Metalcore producers. The sheer scale and depth of the record is a joy. The sound is dynamic, punchy and stadium worthy at times, with drums that echo and delay with a rich warm tone I cannot say enough positive things about how tight and well-mixed everything is.

Towards the back end of the record, we get a flurry of features and guest vocalists with varying results. Most surprising and potentially worrying is George ‘Corpsegrinder’ Fisher of Cannibal Corpse on the track Take your Pick (My Bloody Valentine) We need not fear, he is used masterfully just for low-end vocals, gutturals and a slamming breakdown complete with machine-gun fire double bass work.

Other features include Papa Roach’s Jacoby Shaddix on the chorus and skit (you would be forgiven for not hearing him) on the American Psycho inspired Hip To Be Scared which is one of the more creatively satisfying tracks, using all of the black comedy from the film to full effect with numerous nods to dialogue and moments for the film. Other features though are not as impactful with members of Atreyu, Fit for a King and Senses Fail across two other tracks.

So in terms of the sequel analogy, I would say this is better than the original. It’s a classic Metalcore record but without the self-pitying themes and lyrics which dominate the genre. The first nine tracks are incredibly strong although it does tail off with the low point of Wurst Vacation (Hostel) just falling flat on many fronts. Farewell II Flesh (Candyman), the final track, does a good job bringing the quality back up. If Ice Nine Kills trimmed some of the filler and features at the back end we would be talking about a flawless record and after a year of generally poor Metalcore releases, this is certainly a contender for best in show.

The Silver Scream 2 – Welcome To Horrorwood by Ice Nine Kills will be released on 15 November through Fearless Records. You can stream or order it here.