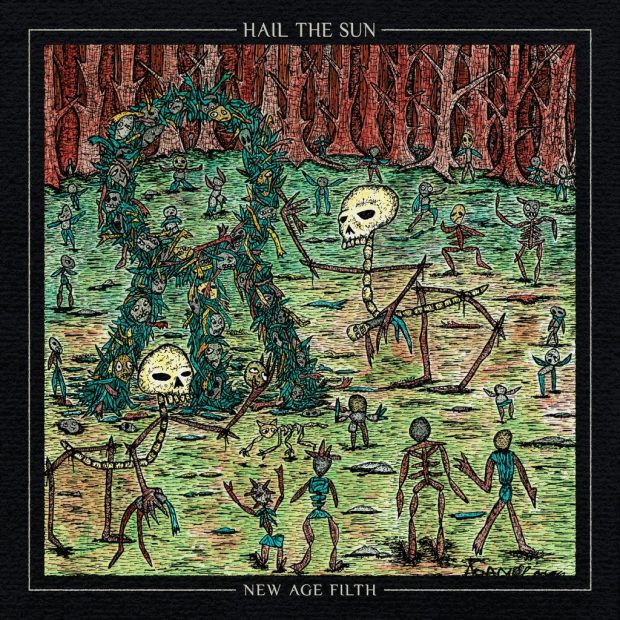 I think comparisons between Hail The Sun and Dance Gavin Dance are unfair.

True, there are similarities between the HTS’ post-hardcore and what has been dubbed “Swancore” after the Dance Gavin dance guitarist and primary songwriter Will Swan. And it’s also true that Hail The Sun was previously signed to Blue Swan Records and have played at Swan Fest. Oh, and members of both bands played together in the all-star side project Sianvar for a time. But… but! From the start, Hail The Sun have stood out from the crowd of copycats and pushed a myriad of influences into their sound to accompany the disconnected, spasmodic guitar that typifies the Swancore sound.

Alongside the mathy and proggy elements HTS has displayed over the course of their 12 years together, the influence of the undeniable driving force that is Donovan Merelo cannot be underestimated in terms of shaping this sound. As the drummer, his apparent inability to play a straight beat adds a frenetic and janky syncopation to duelling guitar lines, providing a feeling of tension – just on the edge of things really kicking off. As the vocalist, his Anthony Green-esque clean singing pulls your heart while the screams used to punctuate certain phrases or passages feel emo-honest. Finally, he is also the primary lyricist. For better or worse, Donovan shapes each record and makes the band who it is.

I bring up Donovan’s importance here because when one member is responsible for so much of a band’s sound, it only makes sense to take that person into account when you talk about the band’s output. 2018’s Mental Knife was a much more mature-sounding Hail The Sun record: partially because it was their 4th full-length and partly because they had been together for over 10 years at that point, but our man Don was also in a better place at the time. I liked the album, but it wasn’t the sound I had come to expect and love from Hail The Sun. I wasn’t filled with high hopes for New Age Filth, if I’m honest.

I should have taken hints from the change in album art style, but from the opening vocal line in album opener and lead single, Domino, I knew my doubt was a mistake. I’ve mentioned that Hail The Sun bring in a variety of influences, and across the 10 tracks and 35 minutes of New Age Filth you’ll get a tour of all of them. From the Latin vibes with shades of The Mars Volta on Misfire to the album closer Punch Drunk giving us hints of Circa Survive or The Sound of Animals Fighting, HTS appear to have evolved over the three years since their last full-length. 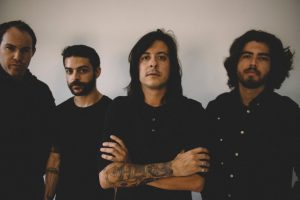 The youthful exuberance of earlier albums gave them a name, but they have now mastered the difficult balancing act of bringing everything you love about music to the table and producing songs that pay homage while being uniquely your own sound. Talking of evolution, Parasitic Cleanse and Hysteriantics towards the end of the album are personal standouts. I can’t hear these two tracks without thinking of Glassjaw as Donovan does his best to channel the trademark pleading screams of Daryl Palumbo while telling us “The walls around begin to drown me in my sleep. This isolation isn’t good for me” or sing-screaming “The crisis doctor’s say I’m not okay”.

I truly do enjoy this whole package. The tracklisting swaps up song tempo and lyrical focus neatly, maintaining a great pace throughout meaning the 35 minutes pass faster than expected. Hail The Sun does like to throw in a slower ballad from time to time, and I do appreciate the bare-your-soul approach that Donovan takes to lyrics, but Made Your Mark is a no from me. Maybe others will find this ode to love lost cute but lines like “from your flat we’d view Chelsea at night, you’d play piano while I took in the sight (you not the lights)” are too cringe for me. But there’s at least one of these on every album, and the ballad from Wake, my favourite HTS album, is their top streamed track on Spotify so what do I know… 🤷‍♂️

All in all, New Age Filth is a remarkable return to form for Hail The Sun. Everything fans loved about Wake and Culture Scars is on display here, while the newfound maturity that raised its head on Mental Knife has been repurposed to provide a focus and sharpness to the sound as a whole.

New Age Filth is released on April 16th by Equal Vision and can be bought here.