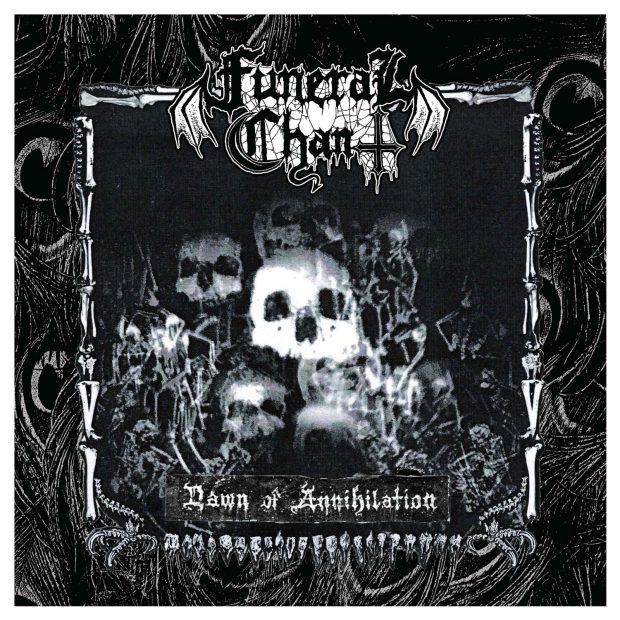 These days my black metal listening tends toward the atmospheric. Slower, gloomier, prettier, more low-fi. But there was a time when I refused to listen to anything that wasn’t blisteringly fast. I was far more into the “brutal” side of extreme metal (notably listening to a lot more death metal than I do now), and any black metal band that mixed evil riffs with the heaviness of death metal was an instant buy for me. So Funeral Chant’s Dawn of Annihilation was an almost nostalgic listen. 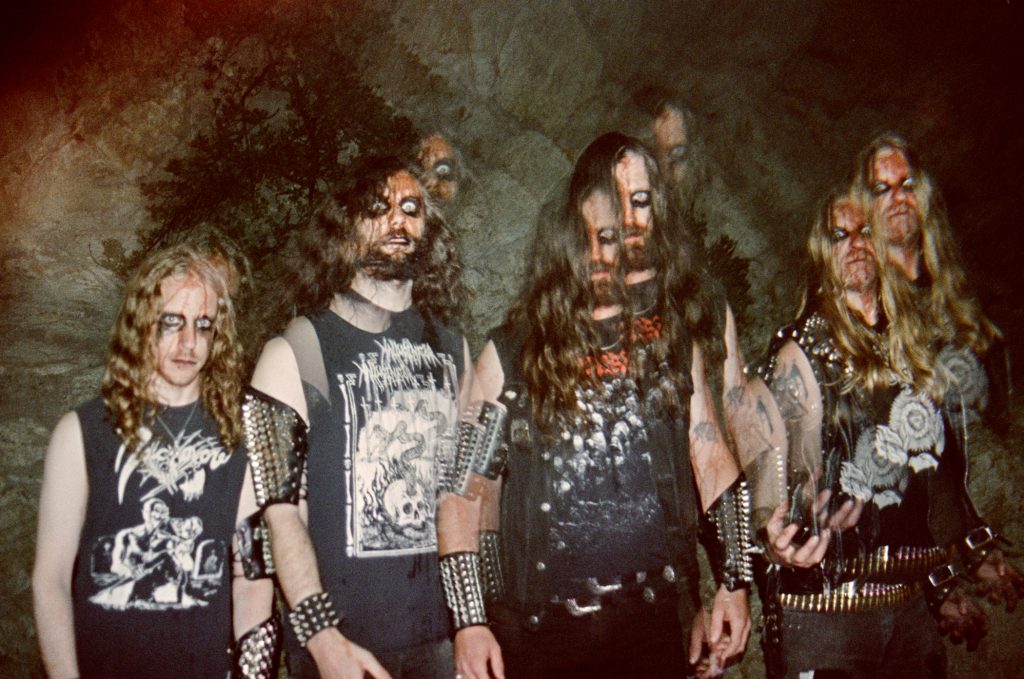 The album is a start to finish rager that goes from 0 to 60 in about a second and ties its foot to the gas pedal. The drums blast non-stop. The guitars scurry this way in that in an impressive display of frantic riffing, and off-kilter, unhinged leads give the music even more of a chaotic feel. The bass thunders and the vocalist howls himself raw.

But this album doesn’t sacrifice atmosphere, either. It combines the speed and technicality of Tsjuder with the grimy feel of Swarn and the eerieness of Howls of Ebb, mixing a potent witch’s brew in its cauldron of chaos. This is not an album to sit back and feel comfortable with; it doesn’t want your comfort. It wants to pulverize you until you resemble the gross, filthy sludge that it crawled out of.

It’s good, is what I’m saying.

My one complaint with this album is that yes, it did remind me of why I liked breakneck black metal in the first place, but it also reminds me of why I stopped listening to it. One speed is all you get. The guitars do change up some here, tossing in some nice palm-muted chugs every so often, but for the most part, the album just fires on all cylinders and doesn’t stop. It’s a little one-note. But it hits that note really, really well.

This is an album for when you simply want to be musically sandblasted into the couch. It’s not pretty. It’s not complicated. It’s direct. It’s a sledgehammer to the face. It’s a freight train going full steam ahead and doing its best to leave the listener a red smear on the tracks.

Carbonized Records put out Dawn of Annihilation by Funeral Chant on 1st November and you can buy it here.