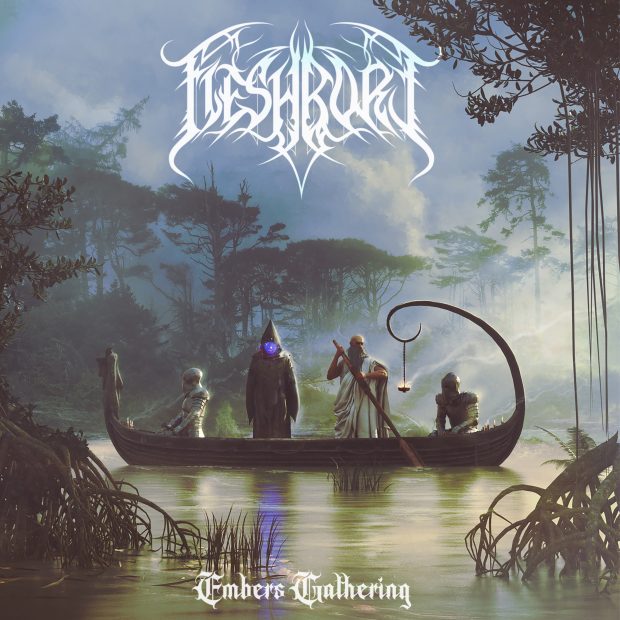 One of my first extreme metal loves was Cryptopsy. I had been looking for the fastest drummers and a few people on the Derek Roddy forum mentioned Flo. I listened to Phobophile, Slit Your Guts and Open Face Surgery and I was hooked. I bought Whisper Supremacy and listened nonstop.

The reason I bring this up is to show the esteem I hold Cryptopsy in. Everyone knows there’s no love like that you have for those first few records. So I want you to know that when I say there is a lot in Fleshbore that I love for many of the same reasons I came to love Montreal’s premiere tech death monsters, I understand how big of a statement that is. 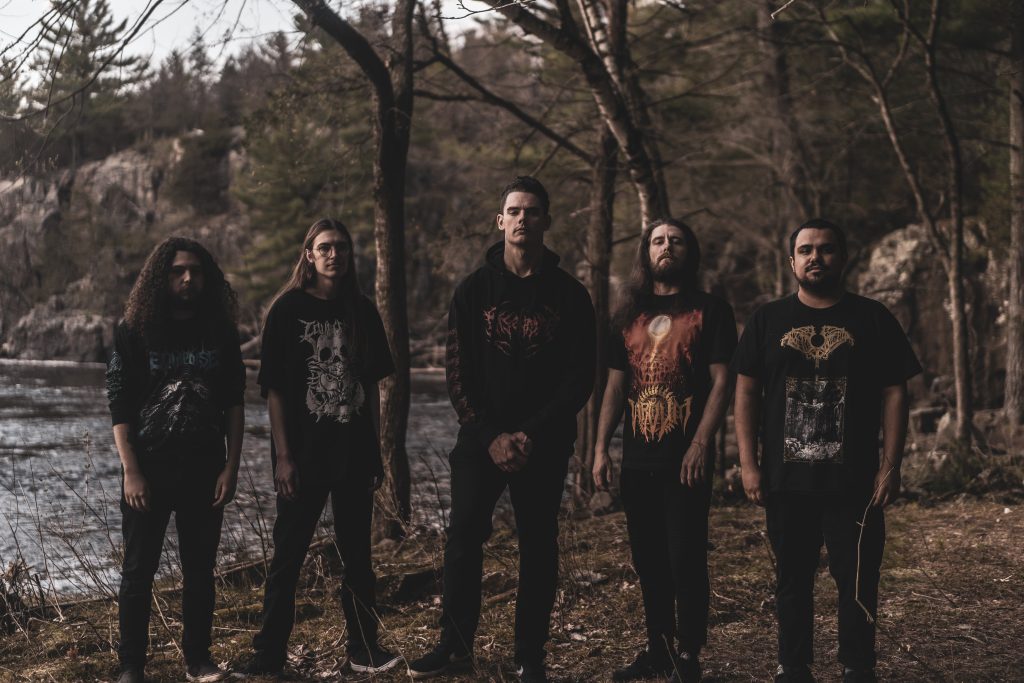 Embers Gathering is the debut album from Indianapolis quartet Fleshbore, despite being together since 2017. They have focused on playing live and only took a break from gigging to record a couple of EPs. This has given them a polish and tightness that you may not expect from a debut album. There was clearly no rush to put out a debut album, so you know that this represents the absolute best material and playing the band are capable of.

I’ve opened talking about Cryptopsy but I want to note early that Fleshbore play a different brand of tech death. This is tech death more in line with the likes of Revocation or Cattle Decapitation. What I mean is that bands like Cryptopsy aim to make the most extreme music they can, and while this doesn’t mean there’s no hooks, melody or groove in their music, more emphasis is placed on bludgeoning the listener. Fleshbore come at things from the opposite end.

What they do share, ironically, comes from both of these things. At their most extreme such as when the blasting kicks in just after one minute into Momentum and, well the entirety Cynicism, Fleshbore cannot be touched. On the other end of the scale, when they drop grooves, as you’ll hear towards the end of Careless Preacher and most of the first two minutes of One Thousand Hands, the comparison to the newer Cryptopsy material is justified.

While undoubtedly a technical death metal project, there’s a definite -core or slam influence in there with breakdowns, but it’s not overpowering. Just a sprinkle to ensure you don’t get complacent. Another way Fleshbore mix things up is in allowing the bass to play a big role, often running off doing its own thing under the guitar, adding a different layer for you to pay attention to on the multiple spins you’ll likely give this.

I was also impressed with the drumming here. Often there is nothing flashy (for the genre) but compositional muscles are flexed often, allowing the drums to be the standout instrument in terms of progressing the song, as in the opening sections of both the first and last songs for example.

One final note. The cover art here (from Luciferium War Graphics) is evocative and I appreciate seeing a band who sound like this do something different. It makes me think of a group of people brand new to D&D with their freshly generated characters, completely out of their depth but absolutely up for whatever adventure comes their way.

The four characters on that boat look so mismatched and awkward, especially given their swampy surroundings. But like Fleshbore, I have no doubt they will obliterate anyone they come across.

Innerstrength Records will release Fleshbore’s Embers Gathered on 13th August and you can pick it up here.