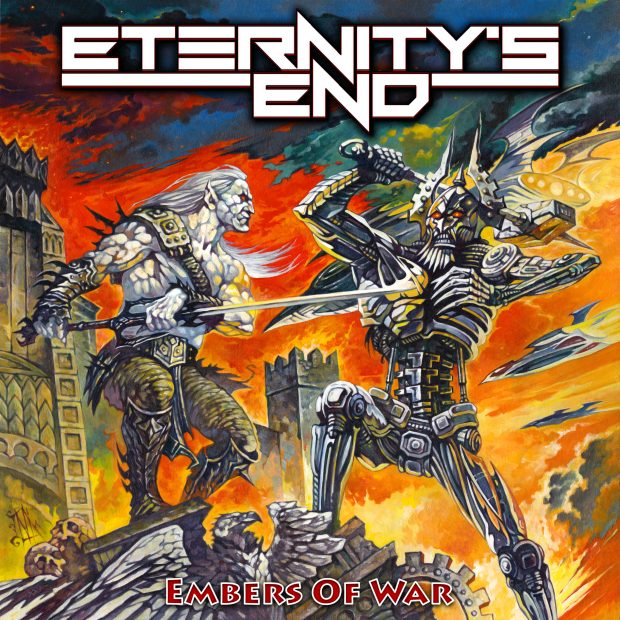 You can probably guess from the album art here – a musclebound elven warrior poking a giant robot with a sword while gothic cathedrals burn around them – that Embers of War is a power metal album. But it’s power metal at the most high-speed, technical end of the spectrum. The kind of power metal that will swing an axe in one hand while calculating time signatures in the other.

Eternity’s End is, of course, no rookie project, having already released two albums’ worth of neo-classical fantasy mayhem since 2014, but they keep trying to up their own ante, getting faster, harder and more complex each time. It probably helps that they’re led into battle by Christian Muenzer (Obscura) and filled with veterans of virtuoso tech/death bands, including Hate Eternal and Alkaloid. The recent addition of Linus Klausenitzer on bass has dialled the technicality up even more and Embers Of War finds the band using their decades of combined experience to produce an exceptionally enjoyable 46 minutes of controlled chaos. 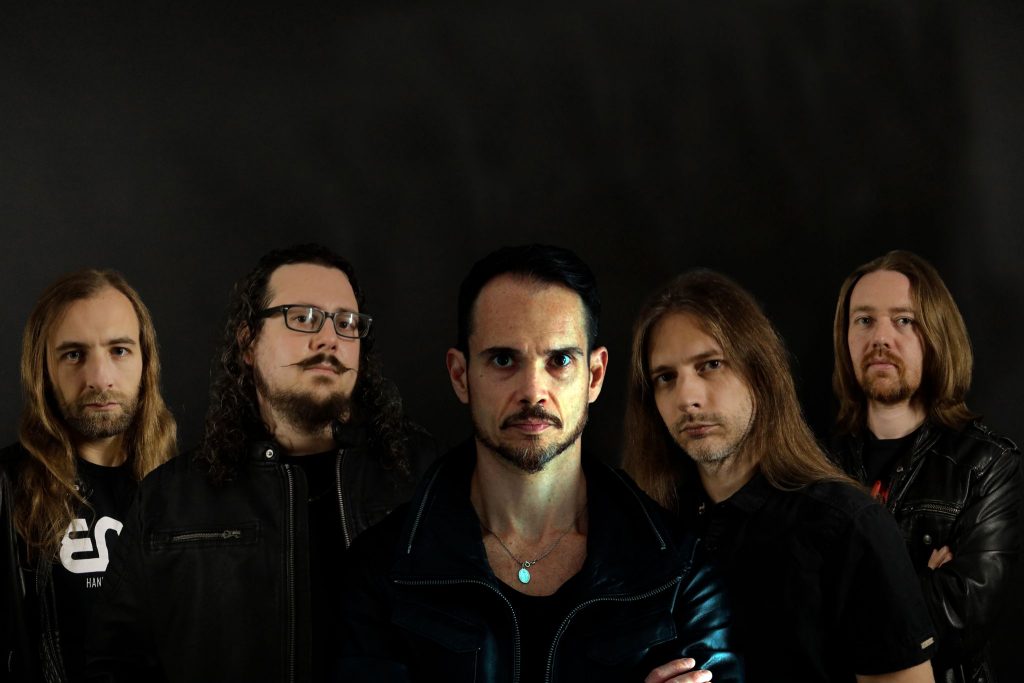 The cover art is actually a great representation of the sound, as it does feel like two different styles fighting for dominance. On one side – the elven warrior – you have some powerful catchy vocal melodies from Iuri Sanson (ex-Hibria), loaded with the kind of bright, soaring harmonies that would make Hammerfall bend the knee. There’s a classic speed metal influence too, notably early Anthrax, who get a really big nod here with Deathrider.

All the lyrics are rooted in classic fantasy and sci-fi, from the Lovecraftian metaphysics of Hounds of Tindalos to the Norse-inspired Call Of The Valkyries. It’s a nerd’s paradise trying to work out the various references and allusions, but even if you aren’t familiar with some of the source material, any metaller can toss the horns to lines like “covered in demonic runes, my sword is my destiny!” (Bane of the Black Sword) or “the night sky is blazing, the eve of the fight / Thunderbolts raging, speed demons rule the night” (Deathrider).

Then, on the other side of the brawl, is the meticulously constructed battle robot. Pouring onto every seemingly easy, singalong vocal line, there’s an absolute world of technical hurt. To say there’s shredding on this album would be like saying Bell Witch songs are a little bit long sometimes. It’s truly jaw-dropping, like Yngwie J. Malmsteen’s Rising Force on steroids.

There is so much going on in these songs, I can’t even begin to imagine how they were composed. Every instrument is going hell for leather, racing up and down the scales at superhuman speeds for pretty much the whole thing. There’s even some bass shredding from Klausenitzer (check out lead single Arcturus Prime) that would make Joey De Maio wave his loincloth in defeat.

Still, despite these warring factions and the mindbending complexity of their combat, the end result is amazingly listenable. If you like the grandiose and dramatic side of metal – as I certainly do – Embers of War will deliver exactly what you love. Every song has a memorable chorus you can sing immediately, every song has at least one solo that could launch a thousand air guitar championships, yet every song rewards repeat listens from the sheer amount of STUFF going on. You get the best of both worlds – the visceral and the cerebral – and that’s what makes Eternity’s End really stand out from the rest of the fantasy metal crowd. Embers of War is a treat.

Eternity’s End by Embers of War will be released by Prosthetic Records on 26 November. You can pick it up here.