When you reach the top of a mountain, what’s next? Do you live off your prior achievement and remind everyone how incredible it was or do you look for the next mountain to climb and stake your claim to be one of the best.

Employed to Serve has arguably already climbed two mountains with their last two releases and planted their Metallic Hardcore flag firmly into the peaks. The wild, almost feral sounding The Warmth of a Dying Sun topped many a year-end list and achieved perfect scores in numerous publications. It was followed by Eternal Forward Motion, a tighter, more emotionally focused record, enhancing their reputation as one of the hottest bands in the UK. A supporting slot on the upcoming European/UK tour with the peerless Gojira only confirms this. 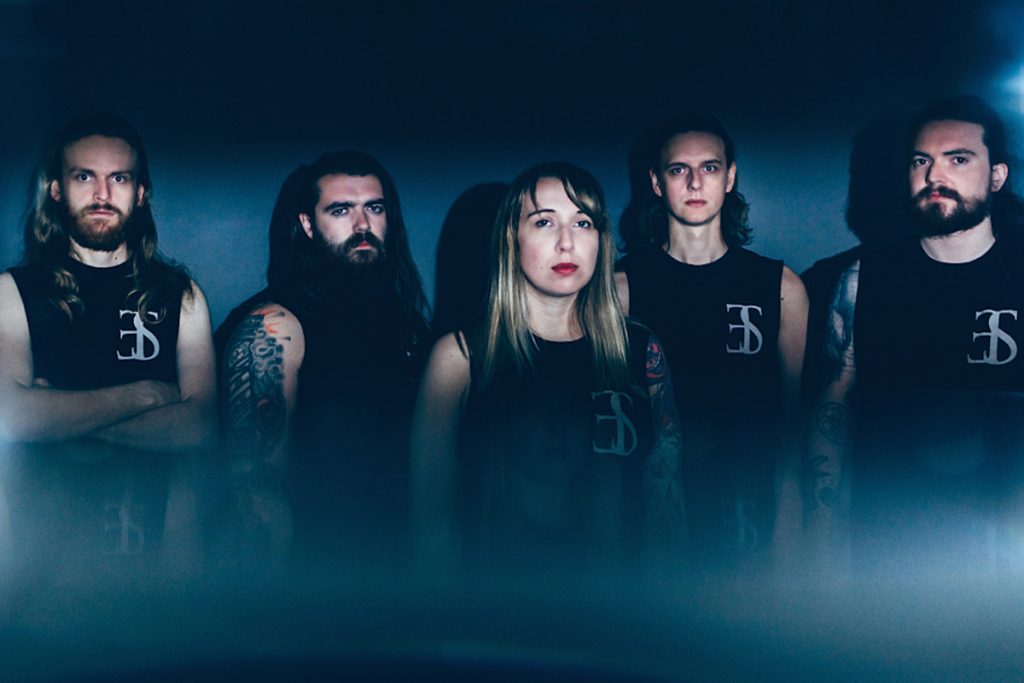 Fitting then, it seems, as their latest offering is named Conquering. Easily their most accessible, yet diverse sounding record to date. The band have taken the best elements of Nu-Metal, Groove and Thrash, then mixed it with their signature sound of chaos.

We have mid to late 90s guitar riffs straight out of the Roadrunner Records playbook. Machine Head, Sepultura and Pantera can all be felt here at various stages of the 45 minute run time.

Conquering has some absolute monster tracks, with crushingly thick guitar riffs, stomping drum beats and some of the catchiest choruses of the year. The title track, We Don’t Need You and World Ender would go toe to toe with any nu-metal anthems from the golden age.

Vocally, we still have the cathartic and abrasive tone from Justine Jones. She is no less frenzied on this record but still compliments the more groove orientated sounds this LP has to offer. Vocal duties are shared sporadically with Sammy Urwin, whether it’s an intro, chorus or on the second single released Mark of the Grave, which vocally is really refreshing switch-up in pace and delivers one of the more anthemic choruses with a groove-laden riff which will leave you headbanging all day.

There is great variation in the guitar work; winding solos and chugging riffs, poignant melodic touches and delays. The same goes for the drums: the sheer range of styles will keep you wondering what will be next. The assault given to the drum kit on the opening track is surely punishable in some countries.

Every track feels different to the last and stands on its own merit. There are no weak tracks here. Also, you can tell when a band have enjoyed making a record and had fun, you can just feel the energy, enthusiasm and passion that has gone into making a record. I can guarantee the days in the studio making this after months of lockdown restrictions would have been an absolute blast.

Employed to Serve has not only made another breath-taking album, which will please critics and fans alike but they have done it in a way that is a stylistic departure in sound from their previous releases but still feels a natural progression and stays true to their roots.

It is clear to see the band aren’t standing still atop the mountain and enjoying the view, they are Conquering the next one and in doing so may have made their most important record yet.

Spinefarm will release Conquering by Employed to Serve on 17th September, and you can pre-order it here.