Egregore – The Word Of His Law 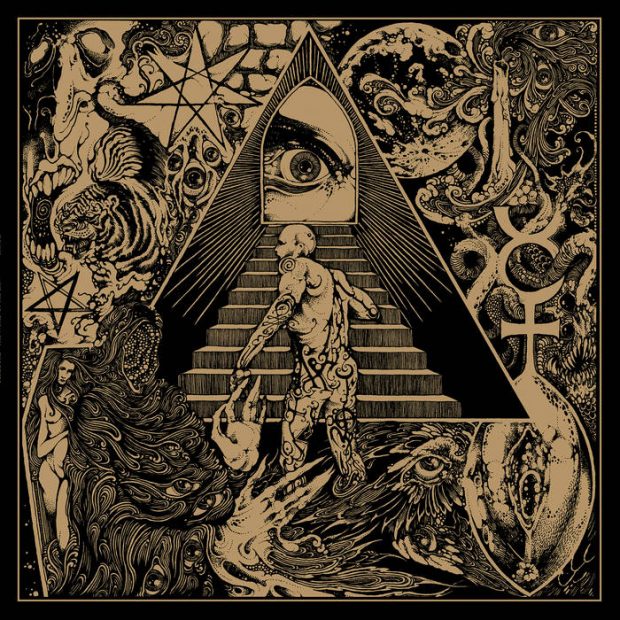 20 Buck Spin, along with Willowtip, have to be one of the most consistent metal labels in the last few years. Wode, Cerebral Rot, Worm, Aenigmatum, Atrae Bilis, Dream Unending, Witch Vomit, and probably some more I’m missing saw 20BS absolutely smash 2021. 2022 is also shaping up to be a good year with albums from the likes of Tzompantli, Predatory Light and Hulder on the horizon. But today we’re here to talk about Egregore, and their debut album The Word Of His Law. 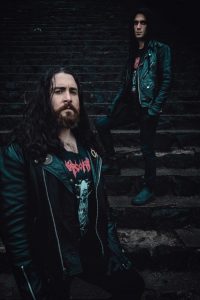 Reality is a very flexible term. We tend to think everyone experiences things in the same way we do, and anyone who professes to experience reality differently is othered and marginalised. In this shared delusion we called reality, we find meaning in these differences and band together with kith and kin.

Many have tried to make sense of how we can live in the same space and time as others but experience the same things differently. On one side are sombre psychologists, with their own language and explanations. On the other are the colourful occultists, with alters, incantations and sigils. Each experiencing reality very differently as they explore what that means. Somewhere between these is Carl Jung.

His was not the first literary mention of Abraxas, the deity to whom Egregore have dedicated their debut album, but it is the first that comes to mind. The other well-known mention of Abraxas (at least in certain circles) is from a certain Aleister Crowley. Based on this alone, I get a good enough hint about the reality the band exist in or at least chose to inhabit for the writing and recording of this project. Strap in, we’re going full-on occult!

Recording nowadays, it almost feels easier to quantize everything and ensure everything lines up neatly. It’s often a single button. Egregore made the decision to not go down that path, and after a brief intro, this is made very clear. Playing a little loose with time can appear to simply be sloppy playing, but you have to take each example into context. With Egregore, they are exploring the occult, the spiritual and the chaotic. So a Lord Worm approach to vocal delivery and drums that go slightly in and out of time, and sometimes sound like they miss a beat here or there is very in keeping with the spirit of the album and the energy the band is trying to project.

The songs themselves are also structured somewhat chaotically. We all recognise a typical song structure when we hear it, even in black metal, and while I recognise repeating parts in each song, there doesn’t seem to be any pattern. The best way I can think to describe this is that it’s music from inside the head of a madman.

This really sounds like I’m trying to put a positive spin on something I didn’t really like but I’ve been listening to this a lot since the promo dropped. I think what’s happening here is that with each playthrough I’m trying to determine a method in the madness where perhaps there is none.

What there is, in buckets, is atmosphere. Gregoria-style chants, deep, reverberating ceremonial drums, acoustic guitar and synths all play a part alongside the more typical black metal elements to open up an otherworldy portal. At least for 30 minutes.

I’ve really enjoyed my time with The Word Of His Law, but I do suspect it will be a Marmite project, and people will either really dig it, or spit it out and vow to never touch it again. I actually can’t stand Marmite, but I’m looking forward to the next serving of Egregore.

20 Buck Spin will release The Word Of His Law by Egregore on 15th April. You can pre-order here.