If you look closely at the tormented figures writhing around on the cover of Order Of Chaos, you can read the agonised looks on their faces. They are journalists, tasked with reviewing this album, desperately trying to find more synonyms for “brutal”. And their pain is real.

Damn, Order Of Chaos is BRUTAL. It’s a fiendish, ugly slab of blackened death metal that has no interest whatsoever in making friends. Friends would just waste time. Who needs friends when you can sit at the back of the class, headphones in, blistering noise drilling through your ears as you plan how best to dismantle and destroy late-stage capitalism? 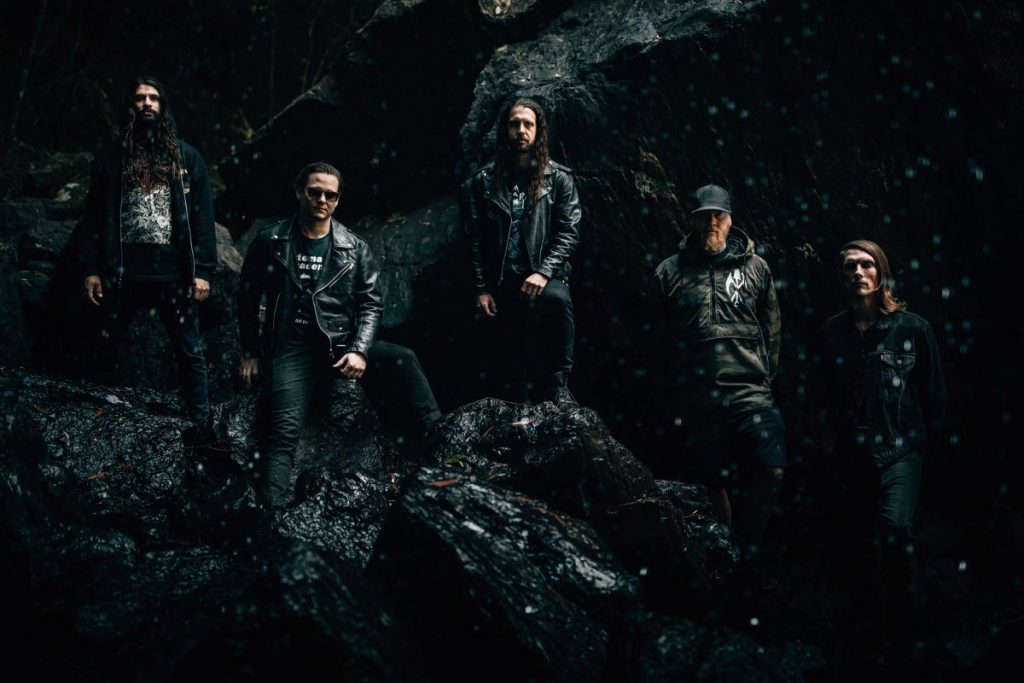 To say it’s inaccessible to most listeners is an understatement. There’s a relentlessness to it that doesn’t let up across its half-hour runtime. While mostly played at very high speeds evoking the spasmodic chaos of something like early Suicide Silence, there are a few moments of relief from the pummelling. Lead single Resolve has some stop-start Slayer-style riffing that’s approaching catchiness and Fester slows the pace to an almost doomlike tempo, but it all still feels heavy as Hell. The fleeting moments of melody are still either extremely discordant, distorted open chords or a blackened frenzy of high tremolo picking. Most of this is just heads down, fists flying, death metal fury.

The fuzzy production is oppressive. Anthony Oliver’s tortured crossbreed of hardcore barks and black metal shrieks are drowned in reverb and buried deep beneath Brendan Auld and Josh Kane’s vicious buzzsaw guitar sounds. It’s the distortion, almost as an instrument itself, that asserts dominance over everything else here. The instruments themselves are just fighting away beneath it, like a bar brawl where everyone brings weapons and no one leaves with all their limbs.

I’d maybe have liked the vocals to be a little higher in the mix, but I get what they’re going for and I enjoyed this cavernous sound here a lot more than the tighter, less distinctive production on Descent’s debut, Towers of Grandiosity.

There’s no question of progression between the two records – this is a much deeper, darker piece of work all round and will doubtlessly grow their audience. But, as I say, it won’t be for everyone. Many will find its intensity overpowering and, even those who don’t may still find it something that has to catch them in the right mood. I can’t imagine waking up, pouring a coffee and settling down for Order Of Chaos on a lazy Sunday morning, for example.

This is not a collection of songs that feel like they’ve been made with or for any kind of enjoyment. Instead, it is music as straight catharsis. It’s a purging of negative emotion that invites the listener to purge too. To join this almighty howl into the abyss of modern existence and let it all out.

Descent will release Order of Chaos through Brilliant Emperor Records on 1st January 2022. You can pre-order here.