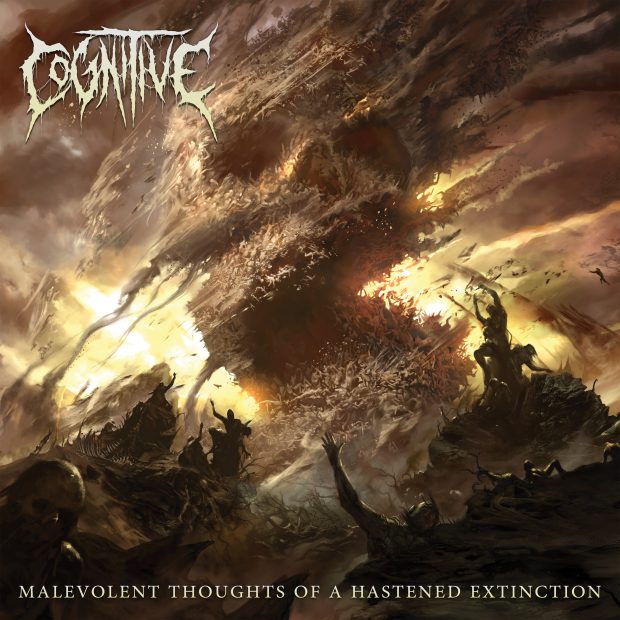 Many a memory and adventure from my youth started with the shrill screech of a dial-up modem and ended with my Dad shouting “I’m trying to use the phone, get off!” up the stairs. It’s a sound that too many kids do not know the pain and pleasure of.

Oh god, I sound like an old man. “We didn’t have this back in my day“. Yeah well Gramps, we also didn’t have deathcore but now you can’t walk outside without tripping over a Slaughter To Prevail mask. Things done changed.

Cognitive‘s 4th album, and third for Unique Leader Records, also starts with that same distinctive modem dial-tone. There’s no sound of my Dad shouting, but that’s ok. Instead we’re met with the latest evolution in the band’s journey into the dark heartlands of modern deathcore.

Since 2014, Cognitive has been a mainstay in the deathcore scene, putting out obscene bangers every other year and improving each time. They continue to move forwards with Malevolent Thoughts Of A Hastened Extinction.

The main thing I like about this record is that it mixes the technical with the brutal phenomenally well. All-out technical death metal is an active-listening exercise and all-out brutal death metal is exhausting. Cognitive swiftly switch between the two very effectively.

For example, the middle passage in Oroborous utilises this “tech to brutal” technique in quick succession, giving you little room to breathe but plenty space to headbang. This is what they do best and it makes them stand out in such a crowded field.

I can’t not mention that the artwork is tremendous. A swirling vortex in the shape of a skull made up of thousands of bodies, with figures in the foreground welcoming and celebrating their demise on a wasted planet. It feels somewhat prescient given the widespread apathy we seem to have to the impending mass extinction event caused by out addiction to fossil fuels.

If this attitude and future is what inspired the music and the artwork then I am wholly onboard with the disgust and misanthropy, which, without coincidence, is exactly what this album sounds like. 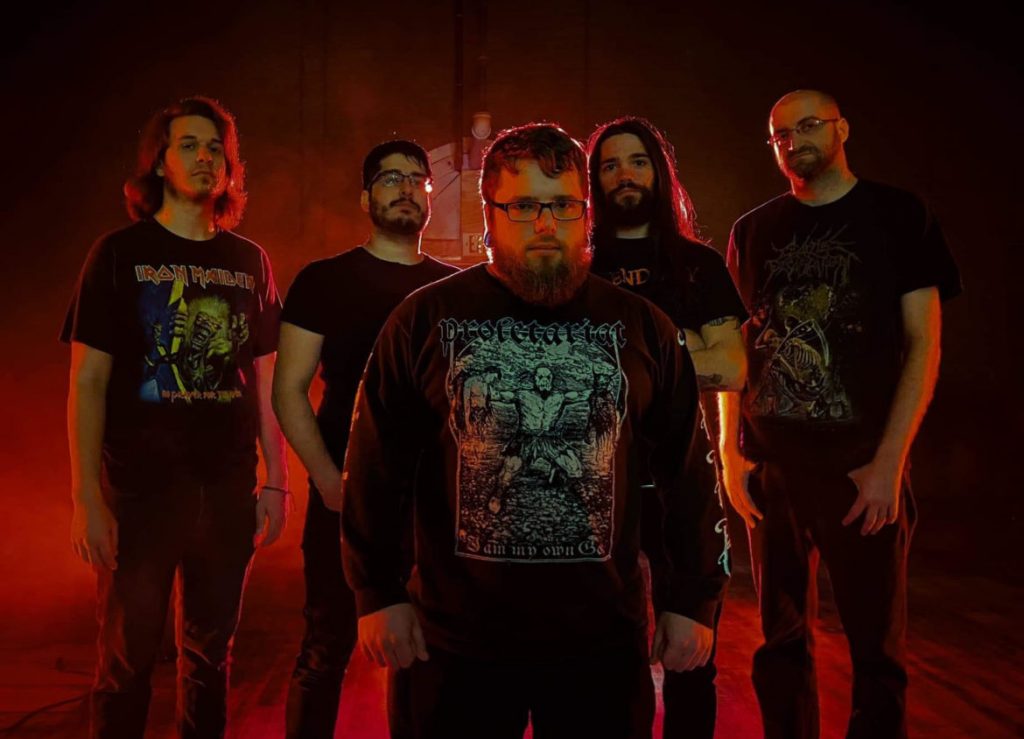 I was a little unkind in my review of Osiah’s recent album with regards to length, but I’m happy to report that despite this being Cognitive’s longest release, they do not fall into the same trap. Ten songs over forty minutes is perfect when you’re dealing with material akin to a sledgehammer to the chest. Mixing up the pacing across the album helps here a lot and throwing in a melodic number towards the end also keeps interest from waning.

This track, Destitute, is perhaps the best example of Cognitive’s ongoing evolution. We know they can slam. They can throw out breakdowns with their eyes closed. These things are great, but expected. A down-tempo melodic, yet evil and foreboding track complete with a shred solo is not expected.

Showing they can do far more than just groovy deathcore right at the end of the album is a baller more to be totally honest and, despite the fact this album isn’t even out yet, has me excited for the next one.

Malevolent Thoughts Of A Hastened Extinction by Cognitive will be released through Unique Leader Records on the 16th July and you can pre-order it here.