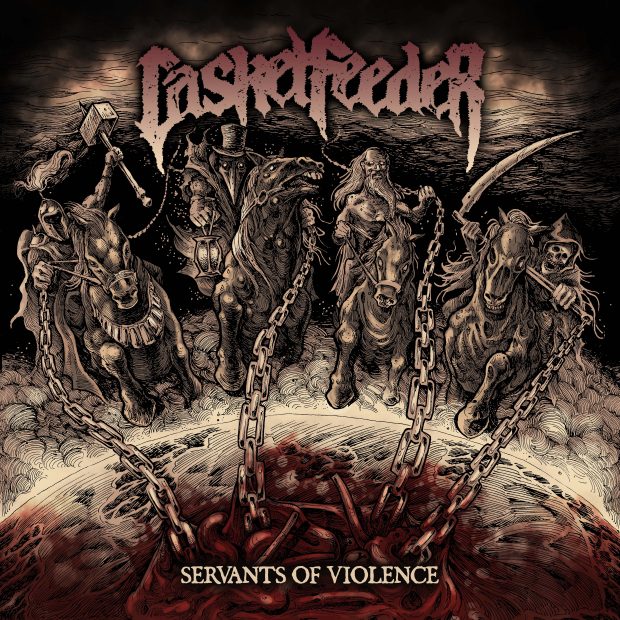 The weight of the USA’s influence on everything in the UK from politics to sweet treats to new slang is hard to ignore sometimes. When it comes to music, especially metalcore, the influence of American bands is virtually unavoidable.

Lift up this veneer, however, and you’ll find a near-inexhaustible source of UK bands writing furious and pissed off music that simply couldn’t come from outside this small, bigoted island. One band who thoroughly deserves to be spoken of in the same breath as the likes of now major label darlings Mastiff and Venom Prison is Casket Feeder. 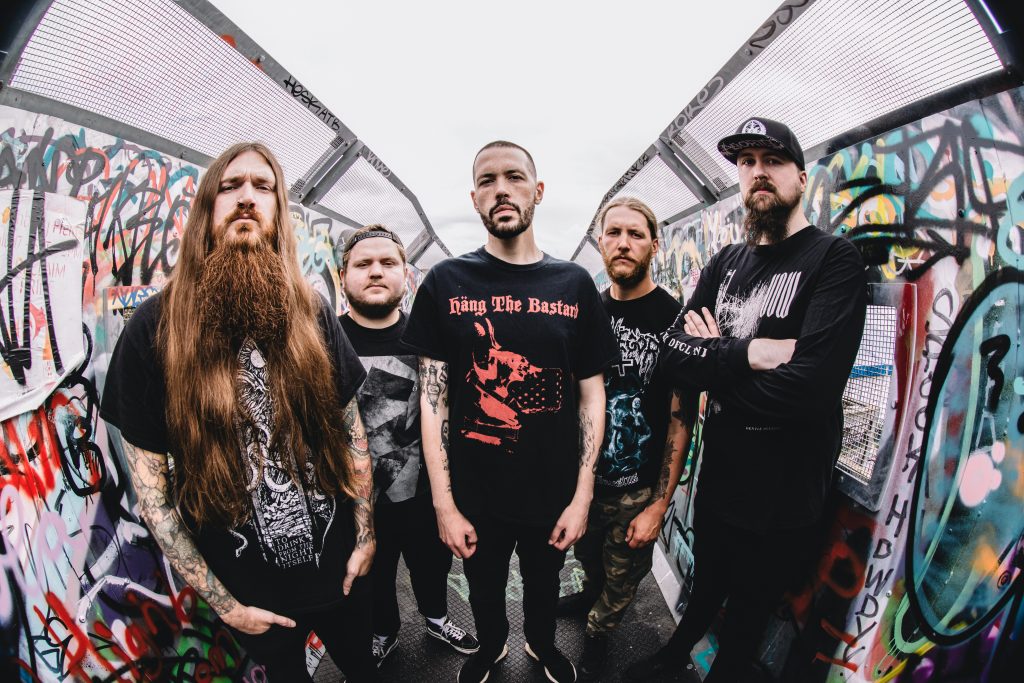 Hailing from heaven on earth (Milton Keynes), Casket Feeder has been diligently working on its craft for a few years now and hasn’t rushed into putting this debut album together. Following on from EPs in 2017 and 2018, Servants of Violence attacks your ears with ten tracks of seriously pissed off metalcore. When I say metalcore, I mean Scandinavian death metal with a punky feel and the attack of UK hardcore, in the same vein as Venom Prison but heavier on the “core” side of things.

I’d be very shocked if you heard the intro to the opening track To The Hounds Go The Faithful and didn’t instantly think of their pals in Urne (spot the Hang The Bastard t-shirt in the promo pic above). This kind of epic lead work is peppered throughout the album, allowing Casket Feeder to stand apart from its contemporaries. I was impressed with the breadth of styles on display from guitarists Aaron MacKenzie and Connor Cazalet-Smith. There are chunky thrash riffs that wouldn’t sound out of place on a Slayer record, right next to spinkick-worthy hardcore passages. We also get a healthy dose of the hooks. Vulture Culture is an early album highlight that grabs you from the off in the same way the likes of Dark Horse or Heartless from Converge do.

I don’t make comparisons to Converge lightly. A strong point in Casket Feeder‘s game is combining those melodic hooks with the kind of savage aggression Kurt Ballou and co. are known for. I can’t help compare their approach to breaking away from a generic metalcore sound to that of Trap Them. Both bands tread the fine line between swaggering hardcore and blistering extreme metal, and I can’t hear Casket Feeder without also wanting to listen to Trap Them straight after. In fact, I just finished another playthrough of Servants of Violence and am listening to Darker Handcraft right now (shout out to Prosthetic Records!).

From top to bottom, Servants of Violence is a controlled but vicious aural battering that only gets better the more you listen to it. Imagine Trap Them, Mastiff and Venom Prison all fighting for control of Angus Neyra’s (Urne) riffs while someone smashes a d-beat on a kit in the background, and you’re close to understanding Servants of Violence. Give this album just one listen and you’ll agree that the UK scene is in safe hands. Scary hands. But safe ones.

Servants Of Violence will be released by Casket Feeder on the 22nd of May. You can pick it up on Bandcamp.