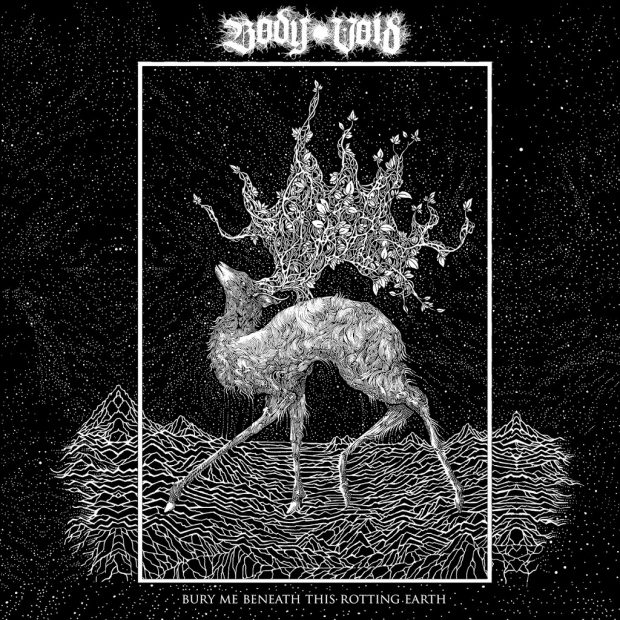 I’m a relatively new convert to doom. I used to only consider heavy music if it was fast. The two were entwined in my mind. I didn’t even find merit in slower songs by bands I did like.

But tastes change with age, and maturity can bring a new appreciation for things that youth disregards. While I’m still not eating brussel sprouts, I now enjoy the slower side of heavy.

Some things never change though. I’ll always look for the most extreme version of the music I like, and I’ll never vote Tory. Fitting then, that in searching for the heaviest, slowest modern band, I found one who likely also will never vote conservative. 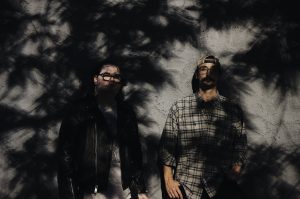 Bury Me Beneath This Rotting Earth is the 4th full-length from New England duo Body Void, their debut for Prosthetic Records, and their most disgusting to date. I mean that in the best way possible.

Comprised of four tracks and sitting at just over 50 minutes, Bury Me… is longer, and as a result, more punishing than 2019’s You Will Know The Fear You Forced Upon Us. In every way, this record represents an evolution. It shows the band becoming more confident in terms of song structure, as well as experimenting further with drone elements.

The Body Void sound has previously consisted of four elements: guitarist and vocalist Willow Ryan’s strong lyrics belted out through tortured screams, Edward Holgerson’s thunderous drumming, Ryan’s screeching buzzsaw guitar tone, and a blanket of fuzz, static and droning noise laid over the whole lot. You won’t find any change to this on Bury Me.., instead you will find each element finely tuned in order to obliterate you.

Across all four songs, a pattern emerges. Where a lot of music will change up by dropping the tempo later in a song, Body Void instead pick up the pace. It may be after five or ten minutes of glacial sludgy drone doom, but eventually the pace will quicken and a crusty d-beat will burst in. The anticipation for when this will come is the fun part.

Talking of anticipation, there’s a dual anticipation in Body Void’s music that has been perfected here. Typically in sludge this slow, or funeral doom, the anticipation raised and resolved in the chord progression or note choice of each riff is prolonged for an extremely long time,  becoming the sole focus for longer than most grindcore albums.

Not only does Willow excel in drawing this out by using feedback and an incredibly raw guitar tone, the change in pace sets up more suspense and anticipation across the 12/13 minutes of each track. I found myself both headbanging slowly but also after a few minutes, listening carefully at the end of each fourth bar for the telltale feedback squeal that often (but not always!) signifies a change in pace.

Willow’s lyrics are yet again very personal and political in nature, this time addressing the absolute mess we have made of this planet by aggressively pursuing economic growth at all costs. The vocal style perfectly fits the lyrical content. You get the sense there is an honest and earnest pain in those screams.

Final track Pale Man is the longest on the album and the furthest the band have ventured into drone territory thus far. A painful static occasionally envelopes everything. This is not supposed to be pleasant, but it’s a little too jarring for my ears. It might be exactly what some had hoped for from the band, but my extreme tastes stop just shy of it.

Ultimately, Bury Me Beneath This Rotting Earth is the closest Body Void have come to scoring an actual nightmare. On this record they have perfected crafting the aural equivalent of trying to run through mud only for your legs to feel heavier the harder you try. It is not a comfortable listen, but that’s not what we came for. We came to be punished.

Prosthetic Records released Body Void’s Bury Me Beneath This Rotting Earth on 23rd April and you can buy it here.