Beyond Grace – Our Kingdom Undone 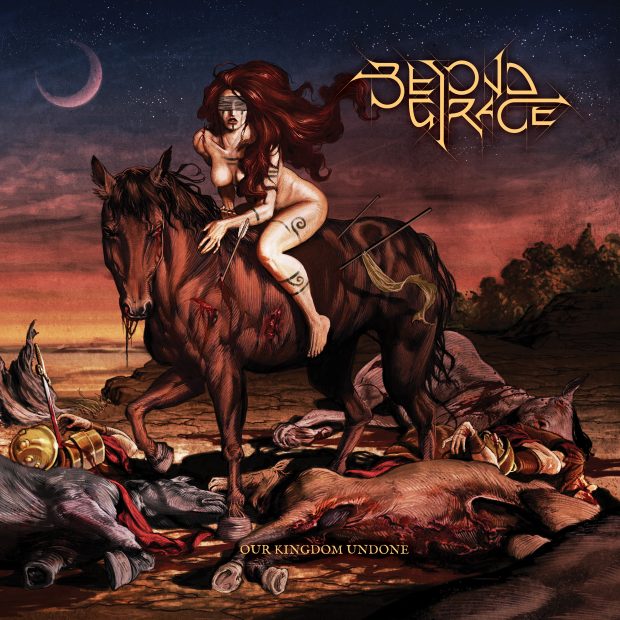 My bread and butter will always be black metal, but there was a time when I listened to death metal just as much. Even after black metal took center stage in my ears, I still kept certain DM bands on heavy rotation, and even discovered some new ones. For example, Abysmal Dawn’s Phylogenesis was one of my favorite albums of last year. I think that’s why I enjoyed this Beyond Grace release so much. 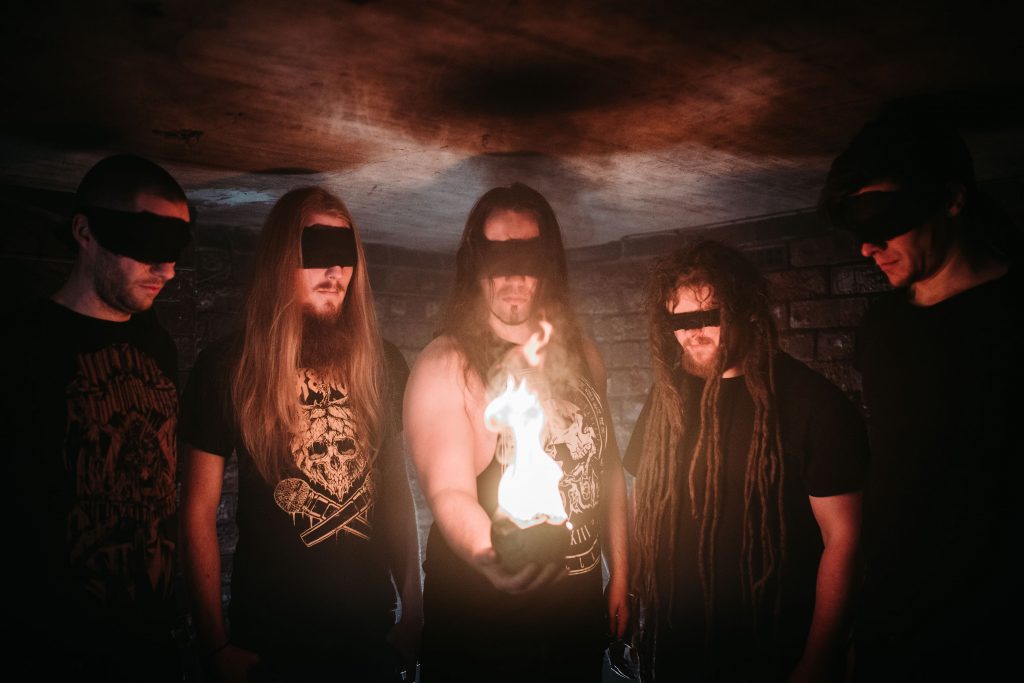 I first became aware of Beyond Grace several years ago, through vocalist Andy Walmsley’s work as a writer for No Clean Singing, a website that I used to frequent. Recently I stumbled upon their (In)Human condition demo, picked it up, and thoroughly enjoyed it, so I was looking forward to their full length release. Inasmuch as I can compare a two-song demo to a full album, I am pleased to report that Our Kingdom Undone showcases the mix of technicality and brutality I had been expecting, while taking the music in some exciting new directions.

The first track, “Dark Forest Doctrine,” opens with an ominous lick on clean guitars which then is repeated with distortion to crushing effect. It’s one of the more mid-paced tracks on the album, but Beyond Grace ups the ante pretty quickly. The dual guitar work of Tim Yearsley and Chris Morely shines, with some excellent leads over deep chugs and drones. The bass is used to great effect, coming through very clearly in the mix with a great tone, and lending a nice, sharp dissonance to the music (more on that in a bit). The drumming is excellent, the double bass standing out notably well. And Walmsley showcases some impressive range, varying between lows and highs in a thoroughly pissed-off vocal attack.

I mentioned Abysmal Dawn earlier, and I know I’m not the first person to make this comparison, but it’s an apt one. Between the drumming and the guitar work, the album abounds with bursts of technical heaviness, and even a few grooves that get the head nodding. But where this album really shines are the squawky, dissonant riffs that pervade the album.

I wouldn’t necessarily call it dissonant death metal overall; the album strikes a nice mix between dissonance and standard brutal death, and it’s not going to put off anyone who doesn’t like their metal too experimental, but there’s certainly plenty for fans of, say, Ulcerate to appreciate.

As someone who finds a lot of death metal repetitive and unimaginative (yeah, pretty rich coming from a black metal girl, I know), the dissonance really stood out to me and kept the album interesting, and even got me wanting to delve a little deeper into the catalogues of bands like Gorguts.

I really enjoyed this album. It’s one I had been looking forward to for some time, and it did not disappoint. Beyond Grace joins bands like Frozen Soul and World Eaters that, for me at least, are keeping death metal alive.

Prosthetic Records will release Our Kingdom Undone by Beyond Grace on 3rd September. You can pick it up here.