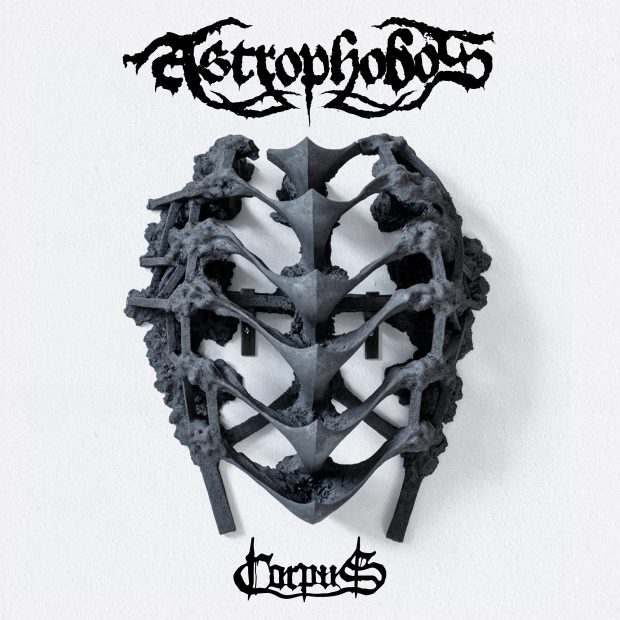 I’m going to say something that may be controversial for some of you. Sometimes, black metal should sound slick and polished. Sure, there’s a place for barely discernable riffs and blastbeats that sound like they were recorded in a cave, who doesn’t love that? But sometimes, I think, for a certain type of black metal, a nice sheen on it really elevates the music. When you can hear the intricacies of every tremolo-picked riff, you can really appreciate the musicianship that goes into the album. When you can clearly hear every note in the gloomy melody, a well-written song can evoke an even better atmosphere than the rawest demo.

Astrophobos are a band of this type, bringing forth a gloomy, ice-cold dirge of an album with “Corpus.” This album reminds me a lot of Watain, melodic yet eerie, not something if you’re in the mood for a start-to-finish blastbeat fest, but perfect if you want something slow and melancholy that will send chills up your spine.

The Watain comparison highlights a small problem with this album actually. They’re a little too much like Watain and don’t really do anything else to stand out. And this album doesn’t really have any real barn burners like Watain has, lacks the fire of some of their heavier material. If you’re really into Watain, there’s a good chance you’ll like this record. There’s also a good chance you’ll just realize you’d rather listen to Watain.

Don’t get me wrong. This is a solid record. I really enjoyed listening to it. They definitely bring the creepy atmosphere, and there are a few moments that really shine. I found myself rasping. “corpuuuus…computrescaaaat…” to myself as I was doing stuff around the house, and black metal is not known for being catchy enough to get stuck in your head like that, so that’s a major plus.

The riffs are properly evil-sounding, some even get the head moving, and as I mentioned above, the polished production really helps with that. If this album was recorded in the traditional raw black metal style, a lot would get lost, and it would sound utterly forgettable. “Corpus” is not forgettable. I mentioned their lack of “fire” above, but that’s not really a problem if you replace it with relentless ice.

If you’re tired of cookie-cutter raw black metal bands (or if you like Watain but their edgelord schtick is too much), I encourage you to give this album a listen. Despite the apparent negativity, there’s definitely a lot to like here.

Triumvirate Records will release Corpus by Astrophobos on Friday 12th November. You can order it from here.