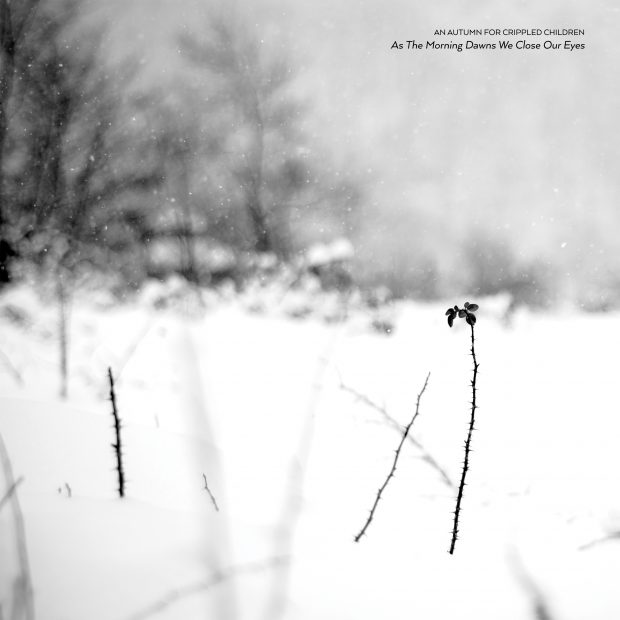 The term blackgaze is really stupid and I hate it. Let’s call it what it is – blackened screamo. That’s wide enough to cover bands like Calligram as well as labelmates An Autumn For Crippled Children (AAFCC). Where Calligram lay it on thick and fast like Ampere or Raein at their most chaotic, AAFCC takes the throat-ripping vocal stylings and paste them over what is essentially melancholic indie music. Sure there are heavier aspects that kick in here and there, and the drummer’s double kick pedal gets a workout, but it’s not going to scare off the people who came for “blackgaze” from the shoegazey side of things.

The problem with this style of music is that it can get really samey, really fast. When you take that into account along with the fact that this is the second AAFCC release in as many years, you’ll understand my apprehensive interest in ‘As the Morning Dawns We Close Our Eyes’. The question I was looking to be answered with this release isn’t whether AAFCC has produced a good album, but how much someone could justify listening to or buying their 9th studio album considering these facts.

The truth is, this isn’t a marked improvement over previous work. Whether you see that as a negative or a positive is based entirely on your perception of the band’s previous work. It could be argued that AAFCC found a sound, style, and structure that fit like a glove and never took it off. In my opinion, they do what they do very well and this hasn’t changed with ‘As the Morning Dawns…‘

We have dreamy piano lines (Last Night I Believed In You), reverb-soaked tremolo lead (Splendour Unnoticed), and synth keys that alternate between taking the lead and playing a supporting role to the guitar (Of Your Light). Each element here pulls AAFCC closer to post-rock, with pummeling double kick and the aforementioned raspy screams bringing in more of that blackened screamo and adding a bit of a harder edge to the otherwise saudade effect of the music. These are sad songs, but with a hopeful glint in their eyes.

That said, one of the biggest complaints I have about this record is the drum sound. I’m not sure if this is a drum machine or just really over-produced live drums. The drum compositions themselves are fantastic, but the production gives them a machine-like feel. It’s clearly just my preference but given the dreamy feeling given by the reverb and delay elsewhere in the mix, I feel a more organic and natural drum sound would have improved this record dramatically. 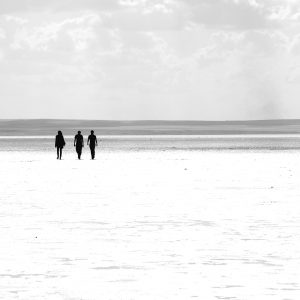 I’m sure this will be said elsewhere, but with ‘As the Morning Dawns…‘, An Autumn For Crippled Children will not surprise fans or turn the heads of people who never really got into Deafheaven or Alcest. That said, if this is your jam, you’re going to enjoy what has to be AAFCC’s catchiest collection of songs yet. Great summer tunes for the goth in your life who can’t listen to music if it doesn’t contain screaming.

As the Morning Dawns We Close Our Eyes by An Autumn For Crippled Children will be released by Prosthetic Records on 21st May 2021. You can pre-order it here.