Oh man, Brexit really kills any chance I have of buying a lot of the vinyl I want. The shipping costs are now eyewatering where you can find someone willing to ship. A number of places have simply suspended sales to the UK instead. Love Brexit. Glad I voted for it. Wait, I didn’t. My country voted massively against it. But it doesn’t matter what the Jocks think eh.
There should be way more Scottish black metal coming out, it’s pretty depressing up here at the best of times, never mind during the winter in the second lockdown of a global pandemic, and after being dragged out the European Union with little to no plan on how to proceed.
This time last year I wrote about how the year had got off to a dreadful start and here we are again. The ’20’s are gearing up to be mega shit, but look on the bright side, the music is straight fire!
I have been really impressed with January’s releases, I even bought a physical copy of the first album on this month’s top picks. I’ll have five as usual with a few notable mentions that I probably want to listen to a few more times but are definitely worth your time. Anyway, less dillydallying and on to the list.
If you want to hear all of the January 2021 albums I enjoyed, I put them in this Spotify playlist right here. 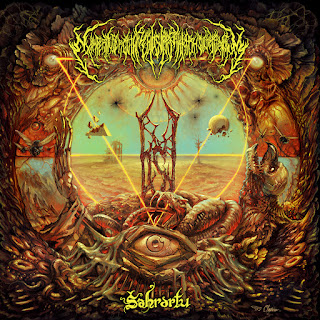 I’m not going to bore you with the band’s full name. I don’t mean that to be disrespectful to them but their name is very long and in multiple dead languages, and the band and track names are often the focus instead of the music. Eximperitus play the same kind of death metal as Nile. They don’t keep the same kind of blistering pace as Nile but the focus on Sumerian and Babylonian mythology and history give the music a similar colour.
The Nile comparison might feel lazy but if someone said to me “I really like Nile, can you recommend any bands that sound similar?” I would instantly reach for Sahrartu. This is a step up from their debut – again with a name too long to bore you with. Not only is the production much more crisp, allowing you to actually hear each instrument in the mix, but the drumming feels cleaner and they turned the riff dial up to 11.
There are six tracks on Sahrartu, with two of those being instrumentals. The 37-minute running time actually feels perfect. If this was stretched out to 10 tracks I think it would start to blend together and lose a lot of its impact. The instrumentals at the start and end of the album sandwich the meat of the album nicely. The first track is like a taster to show you the kind of thing you’ll hear in the upcoming tracks while the last track is a necessary but dark ambient palette cleanser after the 10-minute track Inqirad.
Standout track: Utpada
Anna Pest – Dark Arms Reach Skywards With Bone White Fingers 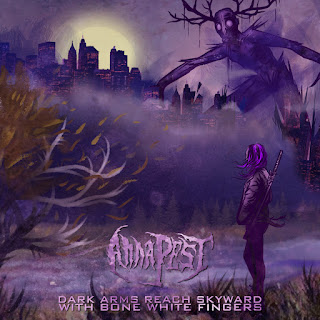 This is down as tech-death and while I don’t disagree with that, Anna Pest throws in a number of other influences to give you more than just a bundle of fretboard wankery over inhuman blastbeats. We have some very clear grind here as well as D&B drum breaks and what I can only describe as nu metal, but the good kind. If you believe in such a thing… Sole member April has brought in some guests to break things up and add some flavour as well, with guitar slots and clean vocals featuring.
I can see why a lot of people have passed this release by. This is kind of hodgepodge in terms of composition sometimes, and it may have been a stronger, more cohesive release if some of the shorter tracks were dropped, or released separately. There are 8 tracks here that would stand on their own very strongly, and 7 that are not bad but just don’t quite feel like finished ideas.
That said, I love everything that’s on here, especially the incredible growls and screams. You can tell she’s had great fun putting this together, especially all of the Evangelion references. It’s probably not going to go on any year-end lists but it’s given me another name to look out for in future.
Standout track(s): Skyward, Of the Black Moon and the Red Earth
Gatecreeper – An Unexpected Reality 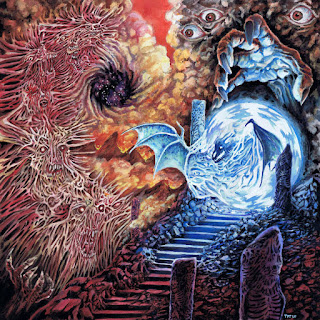 Don’t shoot me or anything, but I never really listened to Gatecreeper before An Unexpected Reality dropped. Not that I think there is anything wrong with them. I just listened to a few tracks and decided it wasn’t my kind of thing. The death metal Gatecreeper put out is a bit too pedestrian for my tastes. They can clearly play and know the genre well but it didn’t excite me or pull me in so I left it alone. There is a lot of music out there and you don’t owe it to anyone to “get into” any band, after all.
What attracted me to An Unexpected Reality was that they used this release to pay homage to the different genres they are collectively influenced by. The A side is their grind, crust and hardcore influences and the B side is a single funeral doom track. They absolutely kill both of these!
I would be massively into Gatecreeper if they were solely either of these bands. The seven grindy crusty hardcode tracks clock in at six minutes, true to the genres, so you can imagine what you’re going to hear. The 11-minute funeral doom homage to bands like Evoken and Bell Witch again is just a perfect example of the genre, proving that Gatecreeper are very capable of putting out music that I love. I imagine they will go back to their plodding death metal for the next release but after stretching their musical muscles, will they allow more of these influences to bleed through?
Standout track: Emptiness
Portrayal of Guilt – We Are Always Alone 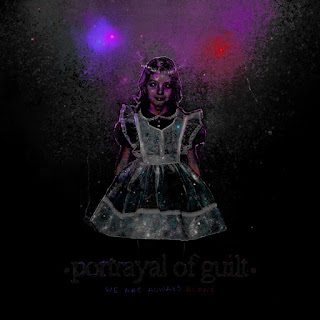 Classic screamo and 2nd wave black metal have always been closer in sound than either fanbase would want to accept. Portrayal of Guilt has become absolute masters of fusing together the best of each. I think the best term for We Are Always Alone is blistering.
This is only slightly longer than their 2018 debut album, but they have upped the ante with the anger this time around. The guitar sometimes got a bit lost in the mix on Let Pain Be Your Guide, but everything is crystal clear with this new release. Even the bass is a lot clearer, providing a more rounded sound.
Right from the start, there is no doubt that We Are Always Along is an absolutely ferocious record. Each track balances melody, dissonance and just outright ferality with the end result being a familiar but unique take on the same kind of metallic hardcore that Converge popularised. This really is skramz for the black metal kids, or black metal for the skramz kids, whatever way round you want to look at it.
If you like angry music but can’t dig Portrayal of Guilt you are, as Nails would say, no friend of mine.
Standout track: They Want Us All to Suffer
Nomadic Rituals – Tides 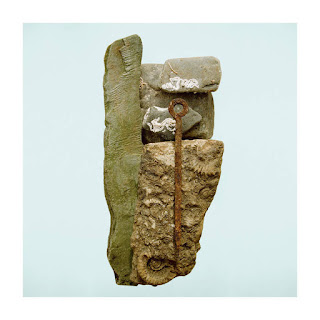 I might have mentioned this before but I use doom metal to get to sleep. I do legitimately love a lot of the records I use for this – stuff by Ahab, Cathedral, Bell Witch, Pallbearer and Yob, for example. When I want to concentrate I’ll also stick on something that’s really heavy and slow-burning like Yob or the new Vile Creature. It gets me into a good mental space that is good for concentration and sleeping.
I tried this with Nomadic Rituals but I ended up lying there awake at the end of the new album, Tides, keen to stick it back to the start and listen again. For this kind of sludgy doom, the riffs themselves progress as you would expect them to, and you’ll find plenty to bang your head to. Riffs alone will not keep a man fed, however. What keeps me coming back to this is the interplay between each member’s contribution.
This feels very much like an album written by all members sitting in a rehearsal room for months. Each gradually tweaking their parts until it only sounds like Nomadic Rituals.
Standout track: Them
Notable mentions
Tar Hag – Bestial (doom)
Hulder – Godslastering: Hymns of a Forlorn Peasantry (black metal)
Transilvania – Of Sleep and Death (blackened thrash?)
Malakhim – Theion (black metal)
Divide And Dissolve – Gas Lit (bleak sludgy doom)
Werewolves – What a Time to Be Alive (death fuckin thrash)
Juan Bond – Womb (mathcore)
The new album from The Ruins of Beverast is absolutely astounding, and even though it dropped on digital platforms a week earlier than scheduled, I’m going to keep it down as a February release. If you have not heard it, go here, and I’ll talk more about it next month.
If you missed the link to this month’s playlist then here it is again.