Some months are hard. The sheer volume of music released in a month that gets me excited is overwhelming and I could pick five other albums and it would be an equally as strong list as the one I post.

But on the other hand, I have a hard time getting to three.

September 2020 was somewhere in the middle. Yes, I’ve got a couple honorable mentions in here, technically bringing the list up to 7, but that’s half of the whole shortlist I put together in this month’s playlist.

Is there a record in here that would make an AOTY list? I’m not sure yet, but read on for my five favourite releases of September and make up your own mind. 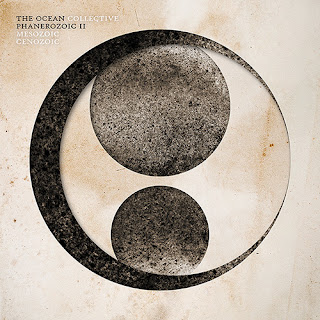 The Ocean have been on my periphery for a while. You could say I dipped my toe in but never really dived in head first.

Ok, enough of that.

I was really impressed with Phanerozoic I: Paleozoic but I never took the time to look back at previous releases before now. I should have.

Now referring to themselves as The Ocean Collective, this group have evolved their sound while staying somewhat recognisable – no easy feat.

Take the raw approach found on 2008’s Precambrian and compare to the far more polished material on this latest record and you’ll find a band who have become far more comfortable with their genre-melding style over time.

In a way, it’s a similar arc to Between the Buried and Me. Compare Selkies from Alaska with The Proverbial Bellow from Automata II. You can tell it’s the same band, but now composing and playing with a certain existential comfort.

Phanerozoic II is strong throughout but there were a few moments that really turned my head. For example, Jurassic | Cretaceous is a triumph for the entire 13 minutes but the vocal hooks in what you might call a chorus have real brain barbs. There is similar magic sprinkled across the whole album. 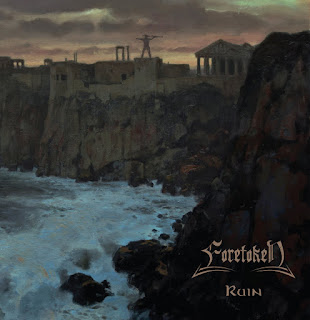 There are a few drummers whose inclusion in a project will pique my interest immediately. Kevin Paradis has been a busy bee with session work this year as well as releasing an album with Benighted. Flo Mounier put out an EP with Tribe of Pazuzu. But it’s multi-instrumentalist and former Necrophagist drummer Hannes Grossmann that grabbed me this month as session drummer on the debut album from symphonic black metal duo Foretoken.

Across 6 tracks and 44 minutes, Ruin takes influences from myth, folklore and legends throughout time and the globe, dropping in on subgenres of metal as it goes.

This is death metal with symphonic elements peppered throughout, but you’ll get hints of Bodom-style Swedish death, fist-pumping power metal nods, classic thrash solos and even smatterings of black metal. A love letter to everything Foretoken enjoy in the genre it seems.

Don’t think from this description that this is in any way disjointed though. Each piece plays a part compositionally and Ruin flows so well that I didn’t realise close to 45 minutes had passed first time through.

I’m mega impressed with this release, and it seems to have gone under the radar of many. Don’t let it pass you by.

Hateful – Set Forever on Me 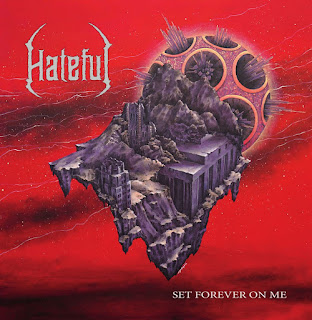 For the Italian death metal lot, this is their third full release. It’s not a straightforward DM album though. Their Bandcamp page notes that this is a “thinking man’s death metal” and I would have to agree. This isn’t technical like Inferni, but a tech-death head would have to be a weird snob to skip any of these tracks.

I found the production a bit muddy but then again, maybe I’m spoiled by the exceptionally clean production elsewhere. Kids these days eh.

Compositionally, Hateful jump about all over the place in a way fans of Atheist or maybe early Death and other technical death of that era would be familiar and comfortable with. They don’t play with the same kind of technical musicianship as neoclassically-influenced modern tech death bands, instead focusing those energies on making the “death” part more brutal.

The 11 tracks here don’t outstay their welcome, with a runtime just shy of 40 minutes. I’ve gone back to this record quite a few times through September and beyond because it balances everything I like about death metal so well, and in a way that not much else does. 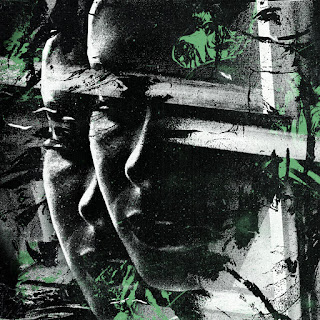 I like my French black metal like my coffee; thick, muddy, dark, incomprehensible and as heavy as a fucking sledgehammer. The second album from Vous Autres delivers on all fronts.

This isn’t savage black metal from top to bottom though, as the duo play with electronic beats and ambience to break up the barrage of ‘core-influenced BM. The 65daysofstatic type beats and noise in the mid-album palatte cleanser Ecueil and closing track Nitre hint at something deeper than your standard black metal occult worship going on with Vous Autres.

2020 has been incredibly rich when it comes to black metal. Maybe that’s entirely on point for the worst year globally in my memory. Even I thought about starting a solo black metal project. Any BM released this year really does need to stand out to be noticed.

The reason Sel de Pierre (translates as “rock salt” I think?) is in this list is because it does just that. There is a blending of the ingrigue you get from a good instrumental post-rock record that takes you on a journey with the kind of murky darkness that can only be found in black metal. 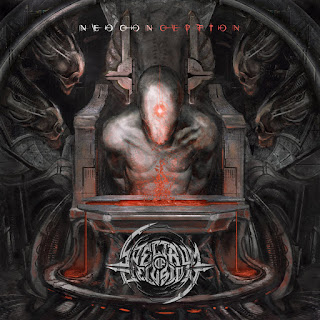 The Artisan Era put out a lot of incredible music, but to be truthful it can be hard for me to separate tech-death releases sometimes. Don’t tell anyone but sometimes I still mistake Flub for Equipoise 😱

Spectrum of Delusion have managed to ensure Neoconception sticks out from the crowd in a few different ways.

The prominent bass gives the music an instantly recognizable feel – it’s almost higher in the mix than some guitar parts.

The vocals go from gutteral caveman to… shrieking caveman I guess? I love these vocals, but I don’t think you would hear him and mistake SoD for a different tech-death band.

Finally, the band have peppered faux tv or radio broadcasts (and some other audio, I won’t spoil it) throughout the record to help tell the story.

Look, it’s a tech-death sci-fi concept record about an asteroid hitting the Earth. I was sold before I heard it. If you have a penchant for either tech death or more brutal DM but wouldn’t turn your nose up at the other then you’ll find something to like here.

If this was longer it would be up there, but it’s not so it’s down here. Some call this kind of thing “blackgaze” but I prefer their own term – “snow screamo”. Blending together good old fashioned screamo with a desperate, punky black metal, Sheffield’s Hidden Mothers have taken chunks from everything they love and thrown them into the three songs on this EP. Keen to hear more.

Thorn – The Encompassing Nothing

Filthy, Satan-worshipping caveman death metal has a time and place. The time is all of 2020 and the place is Bandcamp, for like a fiver or something silly. This one-man project combines heavy, cold doom with… heavy, cold death metal. It’s raw, dirty and really fun.