And so it ends.
You’ll have heard it all by now, surely. The neverending year. The longest year ever. Hell year. The worst year ever. And so on. You don’t need me to add any hyperbole.
For some it really was. Despite seemingly widespread denial, many people have become very ill or died due to the pandemic our government here in the UK are still failing to take the correct action on. As well as loved ones, people lost their businesses and jobs. Some lost their homes.
At the same time, a lot of people have reconnected with their families after being work-eat-sleep-repeat zombies for years. While our government has failed in a number of serious ways, they did provide furlough payments to people who couldn’t work, paying 80% of my wages as well as millions of others.
This allowed me to spend far more time with my family, as well as connect with hundreds of people through Twitter and discuss music and black metal chuds.
I acknowledge this has been a dreadful year for many people but it’s been an opportunity for me to count my blessings. And honest to god I’m not just saying this as a segue but all of the new music I’ve been able to listen to has been one of them.

You can listen to a Spotify playlist containing all the stuff I enjoyed here.

Cryptodira – The Angel of History 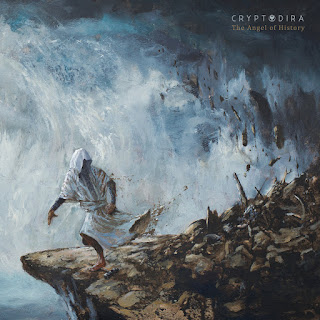 There are a few bands who have done one style so well for so long that they become the archetype. Any hint of “math-core” and you’ll instantly be compared to The Dillinger Escape Plan.
Cryptodira plays a spasmodic, dissonant “-core” influenced by DEP, among others. A straight comparison would be a bit gross but the influence is clearly there. So how do they differ from all the other mathcore out there?
For one, the dual vocalist attack provides an additional layer of texture. There are not too many openly Marxists in this genre but that’s another plus in my eyes. Cryptodira’s post-mathcore is a far more mature approach to this sound than their contemporaries.
I appreciate what they do but I can’t consume a whole Callous Daoboys album, for example. It’s too frenetic and there’s little letup in each song and the album as a whole. Cryptodira sidesteps this issue by allowing their melodies to breathe and taking the time to vary compositions. The waltzy The Blame for Being Alive is a strong example of this.
I’ve listened to this album a few times now and each time I find something new in the layers of sound, a mark of excellence in my eyes.
Rise to the Sky – A Cold Embrace from Life 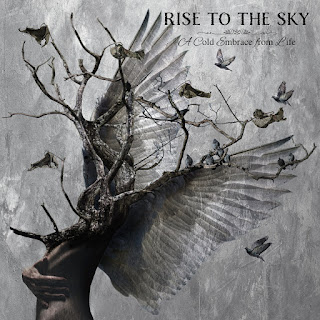 We’re all human, and experience the same wide range of emotions. It’s something that brings us together as a species and allows art, and especially music, to stand above linguistic differences.
Rise to the Sky is a solo melancholic funeral doom project from Chile of all places, and is a testament to this. Yes, the lyrics are in English but you don’t need words to feel the hurt, sadness and saudade in Sergio’s music.
A Cold Embrace from Life deals with the relentless march of time and movement in life regardless of any individual’s readiness for it after sad moments, and the combination of soaring clean guitar passages with crushing funeral doom is the perfect way to encapsulate this feeling. A hauntingly beautiful release.
Yashira – Fail to Be 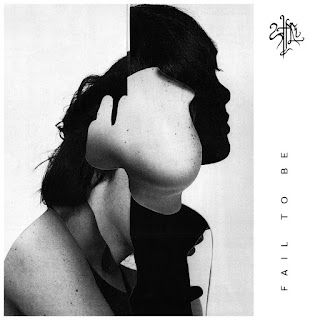 I love this wave of bands who are clearly influenced by and playing metalcore but avoid the cliched elements the genre became known for. Fail to Be is a sludgy metalcore record that I can’t help but compare to a less-frenetic and lower tempo Converge.
From the very start, this goes in hard. But it’s not unrelenting. It does tail off towards the more atmospheric end of Yashira’s sound as you approach the last few songs, but I feel that the tracklisting has been well-paced.
Heavy and intense without being claustrophobic, Yashira has produced an outstanding tribute to their former drummer who sadly passed away.
Akhlys – Melinoë 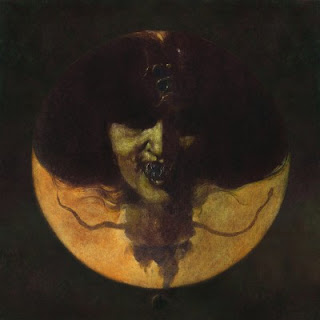 If there were a soundtrack to those dreams where you try to run but your legs don’t move, it would sound like Melinoë.
That’s the best way I can think to describe this masterfully crafted, epic black metal nightmare fuel.
As I have done with so many albums this year, I came into this latest album from Akhlys without listening to the previous albums. Completely blind. Deaf? Anyway, this is the third release and from what I can tell is their strongest work yet.
I’ve called it epic above because the composition of each track and the album as a whole has been purposefully written with a grand scope in mind. Instead of a collection of super fuzzy kvlt as fvck songs, each track on Melinoë is a jigsaw piece for the listener to slot in place through multiple listens.
Masterfully crafted was used not as hyperbole or an empty superlative but in reference to the absence of wasted moments across the 46 minutes it takes for the five tracks to play out. That’s a big deal.
And nightmare fuel? Founder and vocalist Naas Alcameth formed the band specifically to write about somnolence and the time between waking and dying. This is an oneiric exploration, using black metal as a canvas to investigate the powerlessness of the dream state and the mythology surrounding dreams… and nightmares.
I don’t give scores but this is as close to a 10 as I’m likely to see for a while.
Pillory – Scourge Upon Humanity 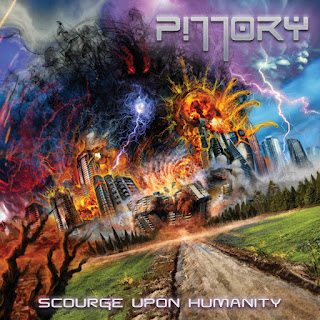 Everyone’s got a solo project these days but this one slaps them all down and stomps on their bodies. Probably in an odd meter. Scourge Upon Humanity is brilliant, unrelenting tech-death album from drummer, Darren Cesca.

Calling him just “a drummer” is disrespectful considering the level of playing across the board here though. Despite the obvious technical instrumentation requisite for inclusion in the genre, a good tech-death album needs real songwriting and compositional chops to avoid it falling in with all the other showoff fret wankfests out there.
Pillory balance this line well. Heavily dissonant and atypical melodies and chord progressions will keep the attention of genre diehards, but there is enough variety across the whole album to hook in more casual fans of all things fast and brutally technical.
If you missed it at the top, this month’s playlist is here.