This is being published far too late, and for that, I apologise. But I found it very hard to choose only five albums that I wanted to include here. April was embarrassingly rich in terms of albums that blew my mind. I could have written about 10-15 albums released in April, and I may yet do that. On top of that, working with more labels and PR agencies means there are more pre-releases to listen to and review, meaning more work essentially.

To help out with this I’ve brought in my friend Rob O’Hara to help. The Venn diagram of our tastes has considerable overlap, but I veer off into more brutal, extreme, and experimental material while Rob brings a passion for and knowledge of post-rock, (post-)punk, and metalcore to the table. He’s already covered Boss Keloid and Throat and is working on a few more right now. Hell, he’s even got the first of our five April picks in this here article!

I’m genuinely excited for the rest of 2021 and beyond, and for that, I refuse to apologise.

You can listen to the April Spotify playlist here. It contains everything I have enjoyed listening to, as well as all of the below. It’s also embedded at the bottom of this article. But it’s also just shy of 26 hours long so maybe save it or something. 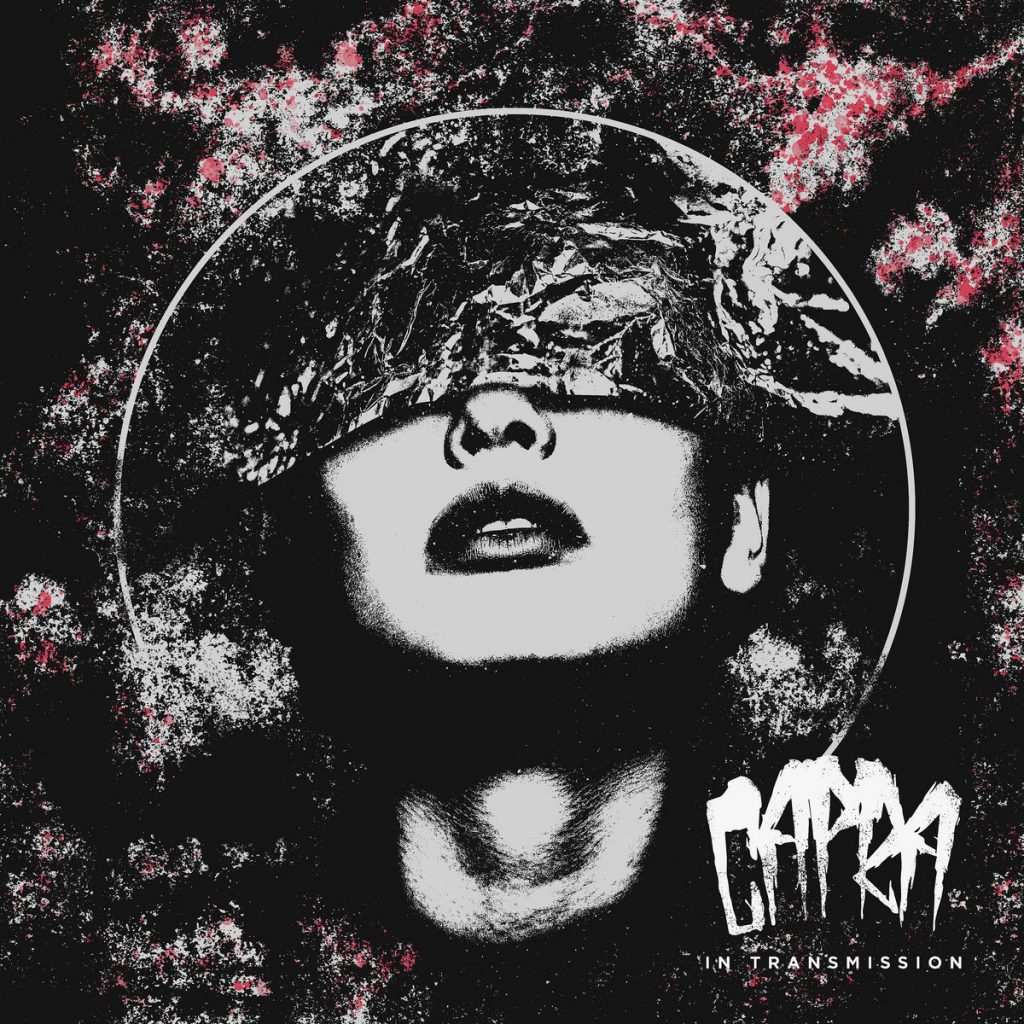 Capra transmits a passion and energy through ‘In Transmission’ that deals with a lot of inner conflicts and emotions. It’s a visceral and deep record that from the off, grabs you by the balls and/or tits and swings you around the room until you’re ready for round two.

It is relentless and filled with riffs, beefy chords, raw vocals, and an ensemble of sound that reminds me of The Bled, I Hate Sally, and Every Time I Die. The snarling vocals and higher pitch bring the music together with an honesty that is so often missed with bands on their debut.

Coming in at just over 30 minutes, there are no compromises in the song quality and Capra will have no problem in keeping up with the best of the best. 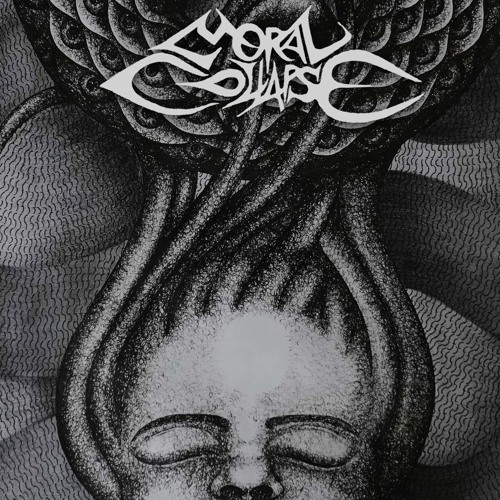 I’m a simple man. I see the name “Hannes Grossmann” and I listen. As the former drummer for Necrophagist and Obscura, he is responsible for ushering in a certain style of technical death metal drumming that many still emulate to this day. This is one of the main reasons he remains a very popular session drummer.

The latest project he is involved with is Moral Collapse. Brought to life by Subcontinental Records founder Arun Natarajan, who apparently has more technical death metal riffs in his head than he knows what to do with, and felt compelled to team up with Sudarshan Mankad, as well as Grossmann to put out this incredibly strong self-titled debut.

Verging on but never full crossing over to avant-garde, Arun has used ambiance, noise, and jazzy saxophone (!) alongside genuinely catch death metal riffs akin to Grossmann’s solo project, Morbid Angel and the aforementioned Necrophagist, bass that wouldn’t seem out of place on early Cryptopsy, and of course intricate yet brutal drumming. An absolutely breathtaking debut.

Wode – Burn In Many Mirrors 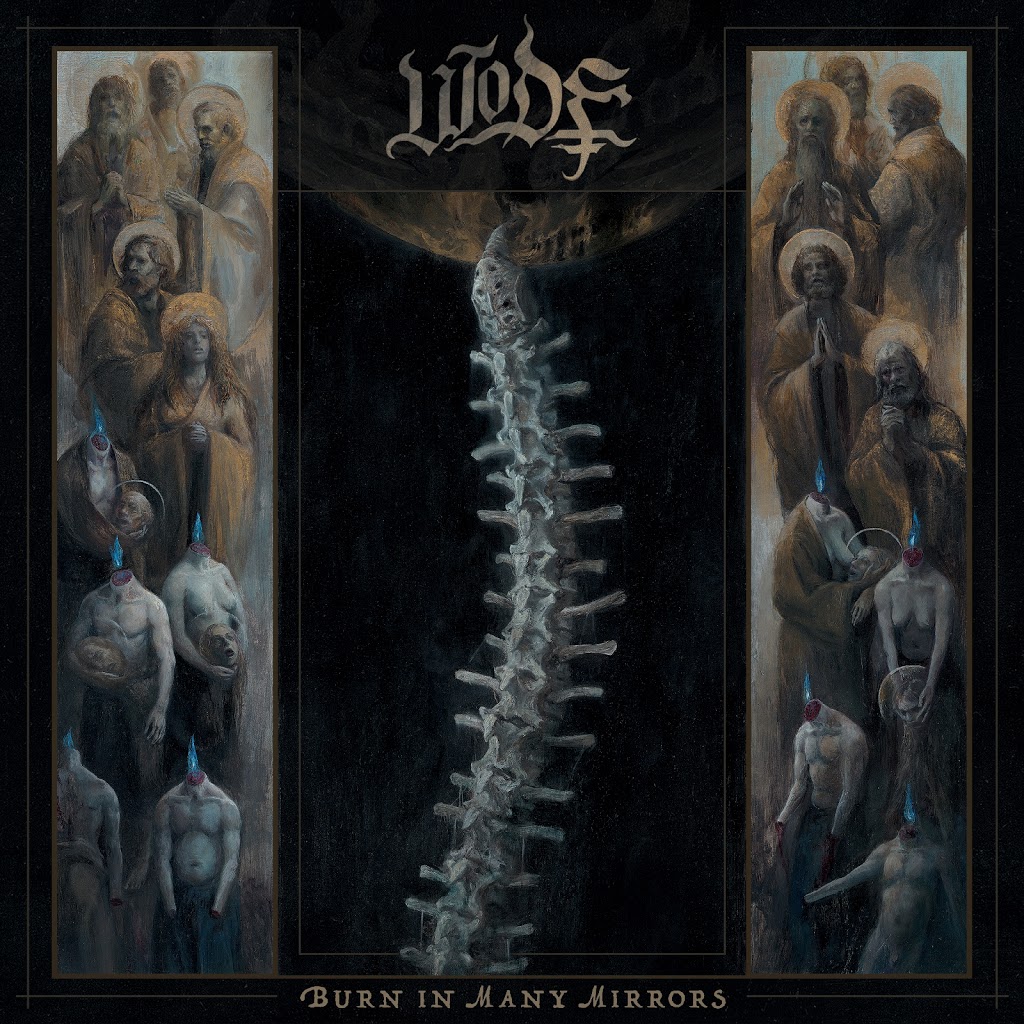 We already reviewed this here, but in that time, this album has only grown on me. Considering how evil it sounds, it’s bloody catchy. It’s also close to the perfect length for my work commute.

On Burn In Many Mirrors, Wode pulls broad influences from not only ’90s black and death but also early thrash and even ’80s heavy metal. This is clear from the impressive variety of approaches to guitar leads. For example, Vanish Beneath and Sulphuric Glow both show off Slayer-esque thrashy squealer solos, while the end of Fire In The Hills verges more on NWOBHM-style soloing. This variety adds a level of interest to the music that you won’t find with many other black metal bands and shows that Wode is not content to sit comfortably in the genre’s cosy tropes. 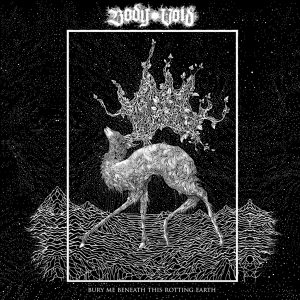 This also received a review on the blog. The nature of the music doesn’t lend itself well to repeated playthroughs in a short time period unlike some others on this list, but it has left a lasting impact.

Ultimately, Bury Me Beneath This Rotting Earth is the closest Body Void have come to scoring an actual nightmare. On this record they have perfected crafting the aural equivalent of trying to run through mud only for your legs to feel heavier the harder you try. It is not a comfortable listen, but that’s not what we came for. We came to be punished. 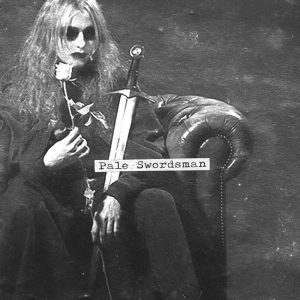 As I noted at the start, this article is out a few weeks later than I wanted it to be. Part of the reason for this is that I just couldn’t decide on the albums that would be here. A problem compounded by asking Rob to throw his oar in too. The truth is, there were too many great releases that I loved to fit into the constraints I’ve put in place with this format. But the constraints are there for a reason. And just as well, because Pale Swordsman by Këkht Aräkh was something I hadn’t heard until mid-May!

Taking the view that while black metal may have roots in such themes as hatred for humanity and anti-Christianity, it need not be confined to those. Këkht Aräkh explores why they hate humanity. Topics such as mourning a love lost and social exclusion are at the core of this romantic black metal. Behind the corpsepaint, there’s a real person, dammit!

Aside from covering less common themes and being intensely earnest while doing so, this album is also unique among contemporaries in utilizing a forlorn piano to create an atmosphere of romantic melancholy that cuts through the lo-fi production to unexpectedly hit you right in the feels. Despite this, Pale Swordsman maintains the anger and chaos of classic early second-wave black metal, perhaps unsurprising considering the sole member goes by the name Crying Orc.