Metalheads are no stranger to lyrics in languages other than English.

From the more mainstream such as the German Rammstein and the Japanese Babymetal to more niche Icelandic and Finnish black metal acts like Misþyrming and Havukruunu, there is a lot of music popular within the wide genre of metal not performed in English. And we don’t shy away from it. In fact, bands singing in their own tongue are often seen as more authentic.

This idea of authenticity and thus worthiness of attention or respect is a big thing in metal. We are no strangers to gatekeeping in metal, after all. And what better way to stamp your authenticity than with your native language?

While English itself is a bastard language with a number of different influences making up what we recognise as modern English, the UK also has a number of native languages: Scottish and Manx Gaelic, Welsh, Cornish, Scots and of course Irish.

You’re more likely to hear music sung in these languages in folk music, but the sense of self often found in national identity and the desire to produce art you feel is authentic means non-English UK minority languages are gaining popularity in metal, too.

The forcible suppression of these languages in the UK is something that isn’t often spoken about or known, but there is a rising awareness of this these days.

“Far from being a barrier within the metal/extreme world, I think fans of this sort of music really get into the languages and cultures of bands from around the world, they seem to be a little more open to things other than the usual Anglo-American media fodder that’s pumped into our lives daily.“, Gareth ap Henflaidd told me (in English thankfully!) over email recently.

He is one half of the Welsh industrial black metal duo Ufferndaith, who released “Cyn dued â Fuwc” on Christmas day, 2020. The band name, EP name, all song titles and all lyrics are in his native Welsh. 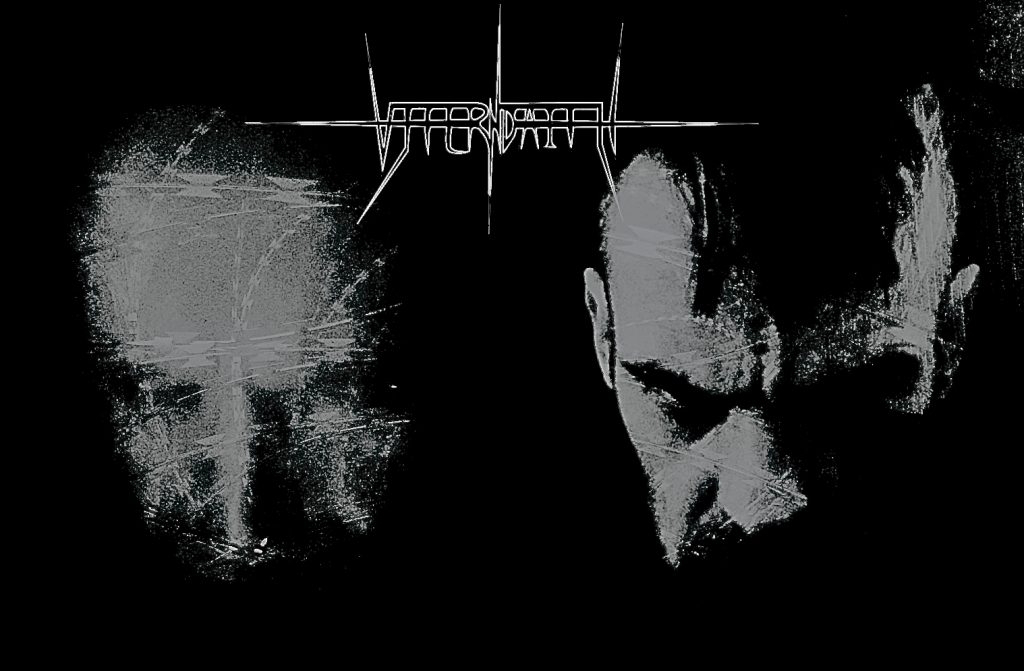 Welsh mythology and history are new to me, but Gareth explained that it’s a source of inspiration for him.

“As a language in danger, we risk losing not only a means of communication but an essential part of who we are in Wales and what we have to share with the rest of the world. Apart from that, I’ve always loved dark extreme music and never understood why so few artists from Wales choose to take advantage of the obvious connection between the black metal/extreme genres and our ancient native mythologies and language.” […] “From the ancient tales of the Mabinogion to the continued fight for the right to exist as a self-determining people. The extreme genres are another way to share our uniqueness with the rest of the world.”

The continued fight for the right to exist as a self-determining people, as Gareth puts it, is something of a recurring theme. Forced assimilation obviously has a very clear purpose, and the use of the native language is one strong way to clearly re-affirm a national identity.

You may assume that this brings a certain air of exclusivity. After all, saying “I am” is a way of affirming “I am not”, but also “others are” and “others are not”. Another Welsh act, Iselder, is keen to demonstrate that their “Welsh Nationalist Black Metal” is inclusive.

In response to the below message received through Bandcamp, sole member Gofid replied simply that “somebody had missed the point of the quote on the inlay”.

The full quote reads “Being Welsh means belonging, feeling we belong – whatever our language, colour or religion.” Interestingly, Gofid chooses to write his music in English. I reached out to ask him about this choice. It turns out it’s just a case of fluency. 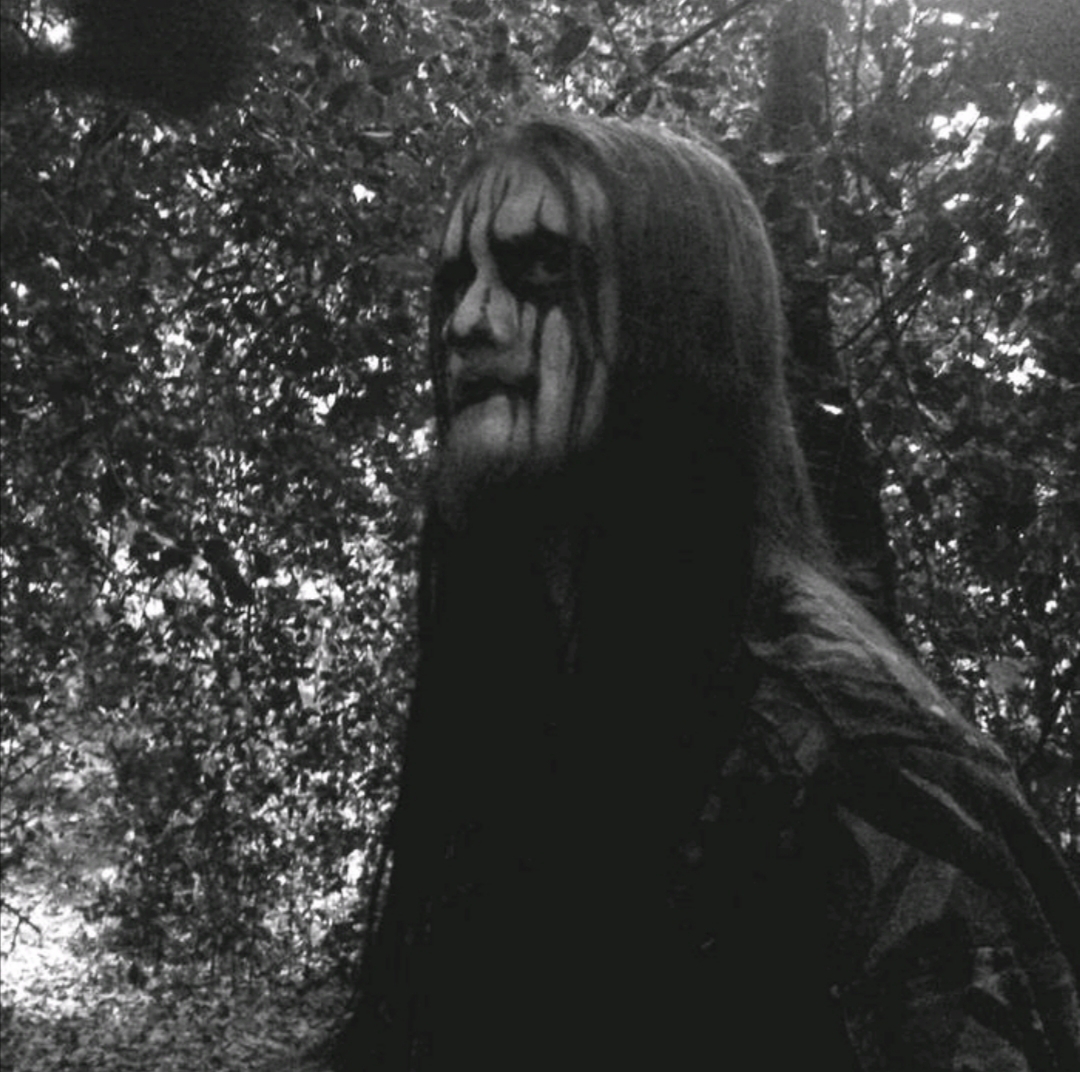 “My use of English over Welsh is simply due to me not being able to speak Welsh fluently (rather unfortunately), I wouldn’t want to use Google translate to write my lyrics for me!”

With Wales being a bilingual country, where both Welsh and English are official languages, you would be forgiven for thinking that a band with a strong message about nationalism might want to make sure they could be understood by the widest group possible. Not so, Rich from Ufferndaith told me.

“What we do musically is extreme by any standards. Even amongst people who are into extreme music, I think the raw black metal elements will likely be off-putting to a lot of people who are into industrial metal, and the sort of black metal purists who might normally be attracted to our guitar and vocal styles will likely take exception to the industrial elements. If somebody can get over that, but then decide that the Welsh lyrics are too alienating, well that’s not someone I’m concerned about. It’s black metal, we can be a bit elitist about it, it’s in the DNA of the music. There’s plenty of people out there trying to make Welsh language music and art as fluffy and accessible as possible, and good on them. But that’s not why we’re here.”

Given Gofid’s choice to sing in English, I also asked Rich about singing in Welsh as a non-native speaker of the language.

“The process with how the lyrics work for me has evolved and progressed, so it’s really been different with each song. At this point, I can look at most written Welsh and at least know fairly well how it should be pronounced. […] At the very beginning, for our first song, Cysegr Dieflig, [Gareth] actually wrote the lyrics down phonetically, so we could just get straight into it. That raw as fuck version of Cysegr that first went up on our Bandcamp page was from that first session, I’m literally just screaming these sounds off of a scrap of paper hahaha”

Where Iseldur owns the term, putting it front and centre of their album title, Ufferndaith were unanimous in their wariness of the term “nationalism”.

“I’m not a fan of the word nationalism for all the obvious connotations it’s acquired over the years,” said Gareth. “I do however believe in maintaining our unique cultures and the responsibility we all have in every part of this earth to share and enrich each other’s lives. That’s got nothing to do with the kind of nationalism we see coming from British unionism and imperial notions. I don’t believe that people in Wales are any better than people from anywhere else, I just believe we have a right to exist and that includes our language and our history, and it includes the responsibility to share and welcome other cultures.”

Gofid is in agreement while putting a more positive spin on the term nationalism:

“Welsh nationalist black metal focuses on all things Welsh, and to ultimately promote what my country is all about. My motivation is to create music that will not only entertain but will hopefully educate and provoke people to learn more about my beloved Cymru.

Songs like Welsh Not specifically tell the tale of the oppression of the Welsh language as recently as the early 20th century, and why it’s held so dear to our hearts that it’s managed to survive as strongly as it has.

Welsh Nationalist Black Metal isn’t about hating those who aren’t like us, but instead inviting those different to us to hear our tales and learn what we have to offer, to create connections and show the world that (much like the Dafydd Iwan song Yma O Hyd), despite everything, we are still here.“

There is definitely a difference in how this is expressed, but you can sense that there are similar motivations behind each band as well. When asked about Welsh independence, a minority movement picking up momentum, Gofid pointed to the feelings of the younger generation:

“There’s a sort of unrest amongst the younger generation towards how our country is treated by foreign entities, how we continue to get shafted and underrepresented in a so-called “union”, and how Wales could stand on its own two legs and run with them.”

Ufferndaith’s Rich, while being wary of arguments appealing to cultural identity, explained that this isn’t really a black and white issue.

“It always raises alarm bells for me to hear people talking about preserving and protecting their culture and their identity. And I think it should raise alarm bells, because all too often when someone says “we just want to protect our culture” that is a mask, and hiding behind it is ethnonationalism, white supremacy, regressive, reactionary anti-immigration rhetoric.

At the same time, coming to Wales from Scotland, and having always been pro-independence, I was already sympathetic to there being another side to that, that preserving your local cultural identity, your language or your dialect can actually be a part of resisting and standing against that kind of reactionary, colonialist nationalism.”

One of the ways culture and national identity are kept alive, promoted and guarded is through music. We have long captured the strong emotional attachments and feelings we have for our history, rituals, language and culture in song. There’s no reason a national identity has to be exclusive, however, and the clarity of that message is something that has shone through when talking with these acts.

A rich heritage should serve as a point of inspiration and it’s nothing short of tragic for the history, stories, legends, myths, heroes and villains of an entire nation of people to be lost. It might be a surprise to some, but it’s a good thing there is an audience hungry for this kind of authenticity in extreme metal, and artists willing to learn and share the language, stories and history that was beaten out of people not even two generations ago.