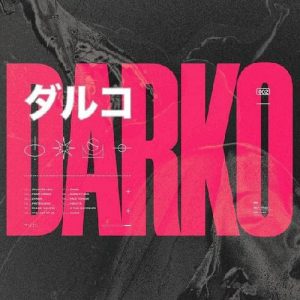 Starting off with some devastatingly heavy chaotic deathcore, we have the debut full length by Darko US masterminded by Tom Barber (Chelsea Grin and Ex –Lorna Shore) and drummer Josh Miller (Emmure). The musical equivalent of a fever dream. Futuristic sounds, incredible vocal performance and brutally heavy. The emotionally powerful and cleanly sung Donna just highlights that this band can pick and choose their style and have equally impressive results. Deathcore needs more bands who push the boundaries, incorporate new elements into the genre and take risks.

Deathcore has reached a stage now where we have genres within a genre – blackened deathcore seems to be the most popular currently but we also have what I think of as Chaotic Deathcore (Chaoscore?) Brand of Sacrifice is the perfect example of this, spastic rhythms at times glitch like a virus have been downloaded into the music. It’s an absolutely punishing experience, relentlessly heavy and one of the best vocalists in the genre. During the song Ruin, I truly believe a portal to another world was opened with one of the most devastating breakdowns you will hear: as if the floor beneath you is being taken away or having your soul taken from you.

I have mentioned elsewhere that this record just screams late 90’s – early 00’s, pre 9/11, MTV Jackass, Tony Hawk video games, skateboarding and summer holidays from high school years. This feels like summer 2001 for me. Purely a youth nostalgia trip. Musically, I love the catchy riffs, anthemic choruses and the ethereal, dreamy elements thrown in. It’s the ultimate feel-good record of 2021.

Of all the reviews I did this year none were as satisfying as this release by Cleveland Death Metallers 200 Stab Wounds. The seamless transitions between songs, countless memorable riffs and grotesque imagery are unforgettable. A real torchbearer for the future of the genre. These guys have only been a band for around 2 years but play like veterans of the game. The hints of hardcore crossover just make the sound even more intense. If Frozen Soul & 200 Stab Wounds continue with this level of quality they will be the leaders of the new generation of Death Metal.

6. Panopticon – And Again into The Light

I had never encountered Panopticon before 2021. No surprise as I have never personally been too close to the black metal scene. When done correctly though Black Metal really creates something powerful and transcends many of the things I dislike about it. Coming into this record I knew this was part Folk/Americana and Black Metal and I think the difference between the peaceful almost uplifting side of the folk elements mixed with the harsher and more extreme blackened side of the music creates a perfect harmony.

Rarely can a band capture the magic of the past and execute it so perfectly. Frozen Soul released the future classic Crypt of Ice in early 2021 and the imagery it conjures up for me is one of icy, desolate wastelands. If you have ever played Skyrim then this record is the equivalent of dungeon diving in the frozen north. A throwback OSDM record with clear Bolt Thrower influences but straddles the line of imitation and inspiration perfectly. Death Metal needs bands like Frozen Soul and they delivered a near-flawless record.

When you are 15 albums deep into your back catalogue the tendency to stagnate and drift into irrelevance is very easy. Cannibal Corpse returned this year with easily one of their finest records to date and certainly a Top 3 Corpsegrinder era release. The introduction of Erik Rutan has breathed new life into the band. The aforementioned George Corpsegrinder Fisher also delivers maybe his strongest vocal performance. An absolute masterclass of Death Metal from one of the genre’s finest.

3. Mental Cruelty – A Hill to Die Upon

Deathcore is generally one of my go-to genres, safe in the knowledge I can choose from dozens of bands that scratch the metal itch. I was well aware of Mental Cruelty coming into this album and was a huge fan of the Inferis record they put out in 2019. What I wasn’t expecting was them to surpass the quality of that record with some of the best guitar solos and heaviest breakdowns in Deathcore. The sheer brute force of the vocals coupled with the quality of the songwriting really set this record apart from the vast majority of Deathcore releases this year. It is hauntingly melodic and bone-crushingly heavy. 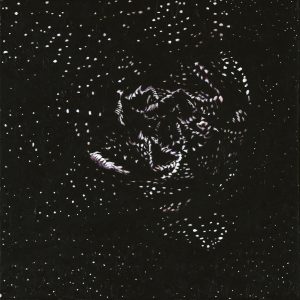 If you ever wondered what it would be like to be onboard the Nostromo having a Xenomorph chasing you and striking fear into your every heartbeat then this record fits that bill. It’s maybe one of the scariest things I have ever listened to. It’s dark, dirty and just downright terrifying. Whilst the drum set-up may be a bit off-putting for some, to me it just adds to the dread. 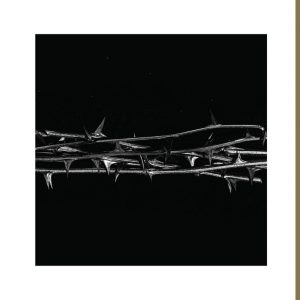 After hearing a band for the first time sometimes the sheer excitement of hearing something so outside of the box and different to the usual genres you listen to can be an incredible experience. I was amazed at the sheer beauty within the sadness of this record. Nothing comes close to its catharsis. Granted due to this being my first time with the band it may not be seen as their strongest record but it was the first one I heard by the band and to me, the others are not absorbing as this. Opener Oogentroost may be the greatest 10 minutes of metal I experienced this year.